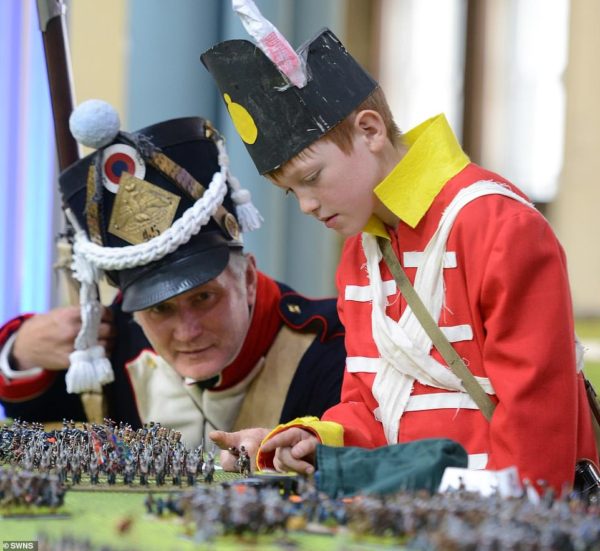 Re-enactor Phil Timms is pictured in period-style uniform with Fraser Bennet, 9, at Glasgow University for the battle. The Great Game: Waterloo Replayed is a one-off charity event which recreated the Belgium battlefield of 1815 in aid of Waterloo Uncovered – a charity for military veterans

The 28mm intricate figures, representing every battalion, regiment and battery which took place in the real Battle of Waterloo, were painted over the last year by wargaming enthusiasts, veterans’ groups, students, and members of the public.

A Team of 120 (Historical) military enthusiasts and gamers replay the Battle of Waterloo with more than 20,000 miniature soldiers in the biggest ever historical tabletop war game.

By Joseph Laws for MailOnline 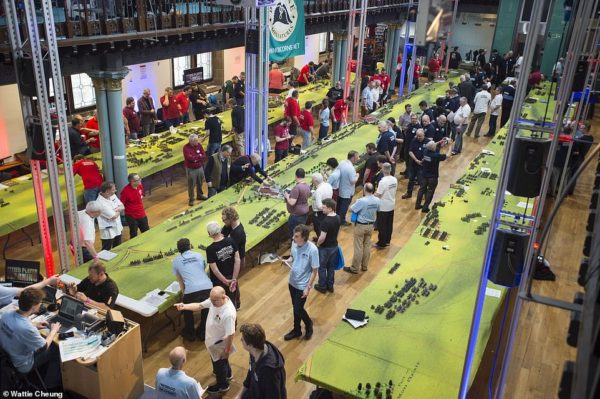 Members of the public are pictured taking a look at the battle map. The charity used a team of professional archaeologists including Professor Tony Pollard from the University of Glasgow. This is alongside veterans and serving military personnel, many of whom suffer from a range of physical and mental injuries because of their service, including Post Traumatic Stress Disorder