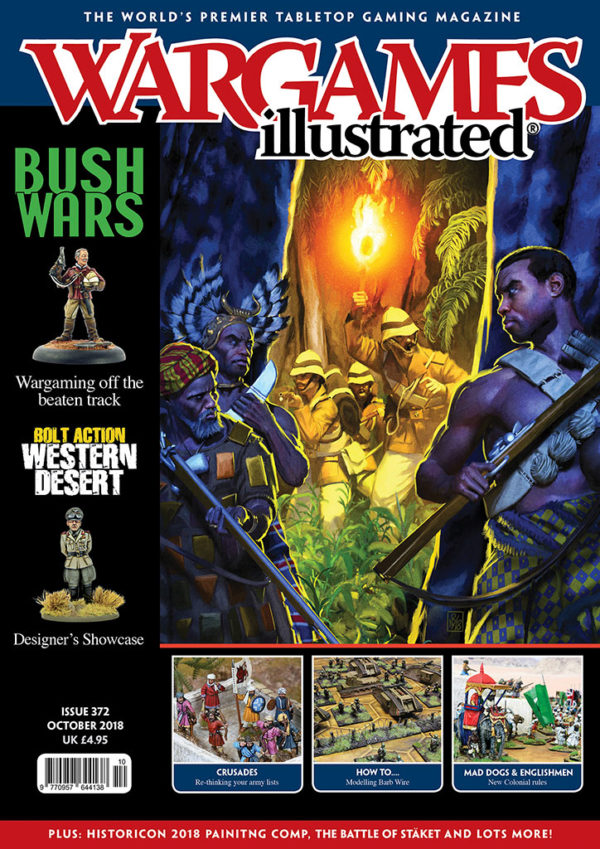 A look at what we ‘Spotted At’ The Other Partizan, plus special focus on Anno Domini 1666.

Pete Brown provides some thoughts on adding rule mechanics for winning hearts and minds to your Bush Wars games and campaigns.

Author of the new Bolt Action: Western Desert Campaign book, Roger Gerrish, joins us to play through a game and tell us all about the supplement.

Glen Clarke takes us through his research into the little known mid-19th Century Ten Years War in Cuba.

We take a closer look at these ‘large scale skirmish’ rules for the colonial period in the company of author Jon Sutherland and publisher Dave Ryan.

Led by that ‘Very Model of a Modern Major General’, this Bush Wars campaign showed Sir Garnet Wolseley at his fighting best and paved the way for others to emulate him in the future.

Simon Stokes takes us through the background to the Naval Wargames Society’s Salute 2018 participation game.

Theme: “The Liveliest Engagement of the War”

Robert Giglio tells us about one of the most vicious battles of the Philippine-American War of 1899 – 1902.

A photo round-up of all the winning entries in this year’s painting comp, sponsored by Wargames Illustrated.

Steve Blease takes a wargamer’s look at the Malayan Emergency, a Bush War that began towards the beginning of the ‘Imperial Retreat’ period.

Dr. Steve Tibble continues this fascinating series with a fresh look at the people who formed the Crusader armies, those from Western Europe and the Middle East.

A classic post-1945 Bush War – Wargaming the Second Chimurenga or Rhodesian Bush War with a guide to the forces involved and the figures required to represent them.

Paul Davies shows us ‘How To…’ make barbed wire terrain pieces for the Western Front and beyond.

The Russian Bear is halted at the gates of Stockholm in the tale of a little-known Swedish battle and the demo game at Salute 2018. 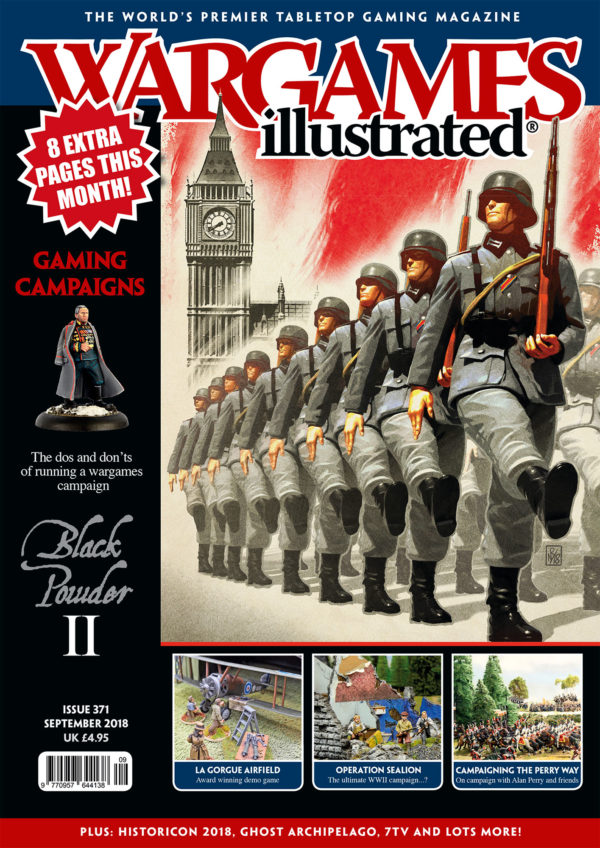 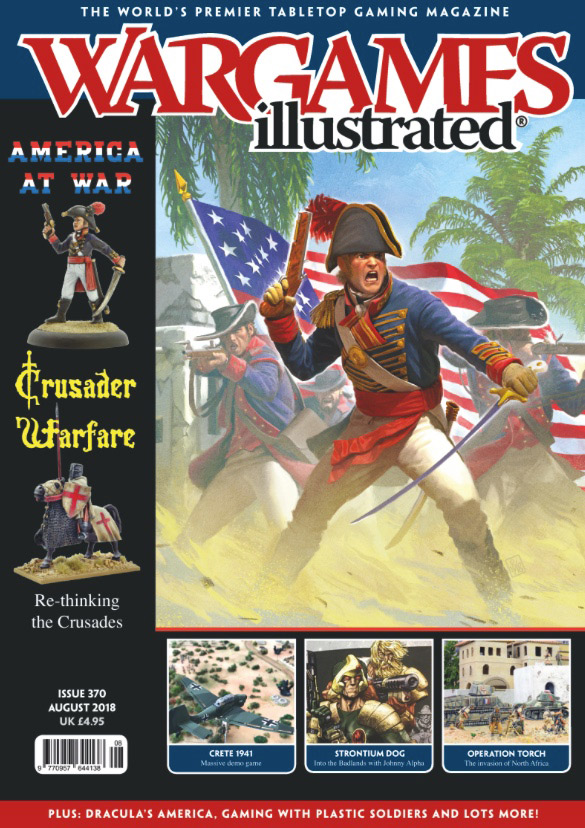