Victory at Sea: Battle of the Denmark Strait

The last voyage of HMS Hood, and the demise of the feared Bismarck…

At one time, HMS Hood, pride of the Royal Navy, was the largest and most powerful capital ship in the world, and for a period arguably the most famous. Though her design dated back to the First World War, the flagship was a true icon of British naval power. Her loss at the hand of the Bismarck at the Battle of the Denmark Strait, was an outrage that the Royal Navy could not let stand…

At the outset of war, Hood was already operating in the area around Iceland, and spent the first few months hunting German commerce raiders and blockade runners. She subsequently served as the flagship of Force H; the attempt to replace French Naval power following the French armistice with Germany; and participated in the destruction of the French fleet at Oran in July 1940. Relived as flagship of Force H and operated off the coast off the coast of the Orkney Islands as a convoy escort and in anticipation of any German invasion force.

The Threat of the Bismarck

Two Bismarck-class battleships were built for the Kriegsmarine. Bismarck was the first, named for the Chancellor (Otto von Bismarck). The battleship was laid down in July 1936 and launched February 1939. She and her sister ship, Tirpitz, were two of the largest battleships built by any European power, and certainly the largest built by Germany. Whilst the physical power they held was tremendous, they also wreaked psychological havoc amongst the allies. Churchill was determined that the two battleships not be let loose upon the Atlantic.

Should Bismarck or her sister ship, Tirpitz set upon Allied shipping efforts in the open waters, it coul invariably have upset the balance of the war. Commerce shipping was perhaps the single most important Naval endeavour of the entire war.

No Clash of Titans

In May 1941, Hood and Prince of Wales were ordered to intercept Bismarck and the German heavy cruiser Prinz Eugen, bound for the Atlantic. She had been spotted by British cruisers and a reconnaissance Spitfire of the Royal Air Force, though her captain and crew, made a critical misassumption that they had not been physically seen, and that British radar technology would have been unable to detect them. This enabled the two British vessels to successfully intercept the two German ships in the body of ocean between Iceland and Greenland.

Hood’s demise ranks amongst the most spectacular in military naval history. She was perceived to be all but invincible by the British public, but less than ten minutes into the Battle of the Denmark Strait, she was struck by several German shells and exploded, sinking within three minutes.

Later explanations for Hood’s sudden demise were found following two inquiries. The first deduced that her armour had been penetrated by a shell and her aft magazine had exploded, though this failed to convince all. A second, more thorough inquiry had the same findings – that the magazines had indeed exploded – but could not directly attribute the cause to a German shell. The discovery of the wreck in 2001 confirmed the hypothesis of the magazine’s detonation but could offer no concrete evidence on the definite cause of their exploding. 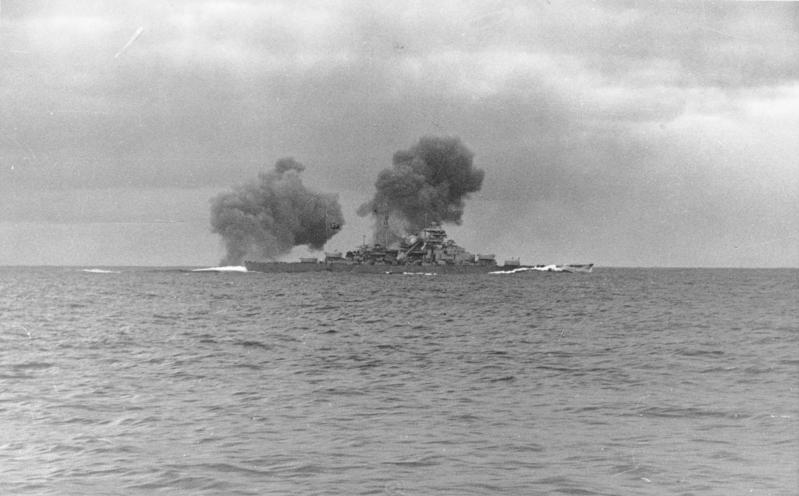 Prince of Wales was forced to withdraw after sustaining damage to the heavy guns of both Bismarck and Prinz Eugen.

The Hunting of the Bismarck

Whilst public outcry at news of Hood’s demise demanded retribution, the Royal Navy themselves were already vehemently pursuing this agenda, with support from the Royal Air Force. The hunt for the hated vessel was on.

It was indeed a Catalina of the Royal Air Force that spotted the limping vessel, bearing for the safety of the port of St. Nazaire in France for repairs.  Though the Navy now had their target’s location, the Bismarck was still a formidable vessel, capable of maintaining a pace such that the British ships would not be able to catch her. Fortune favoured the carrier-borne Swordfish of HMS Victorious and HMS Ark Royal, however. They successfully launched torpedo attacks that struck Bismarck’s rudder, jamming it and causing it to only be able to turn to port.

Constantly harried by attacks from destroyers, her crew exhausted, and her manoeuvrability compromised Bismarck was more or less a sitting duck when the battleships HMS King George V and HMS Rodney, with accompanying cruisers bombarded the stricken vessel as morning broke on the 27th May. With over 700 shells and torpedoes raining down on her she eventually capsized – the most powerful battleship in the world’s short life was nevertheless an eventful one.

Add these legendary vessels to your Fleet 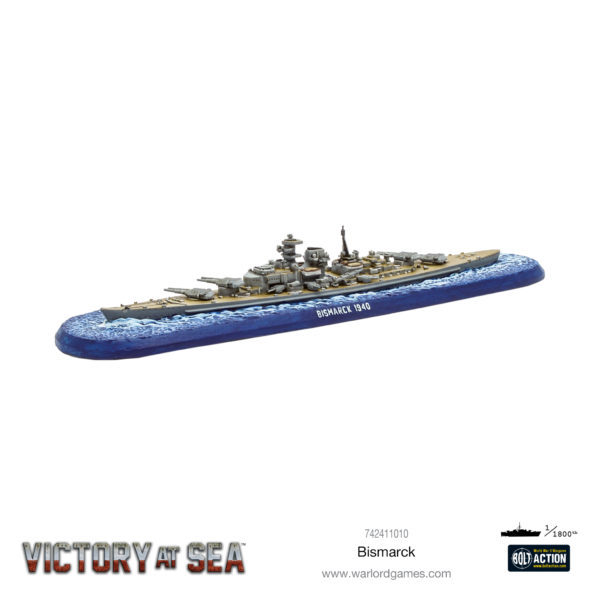 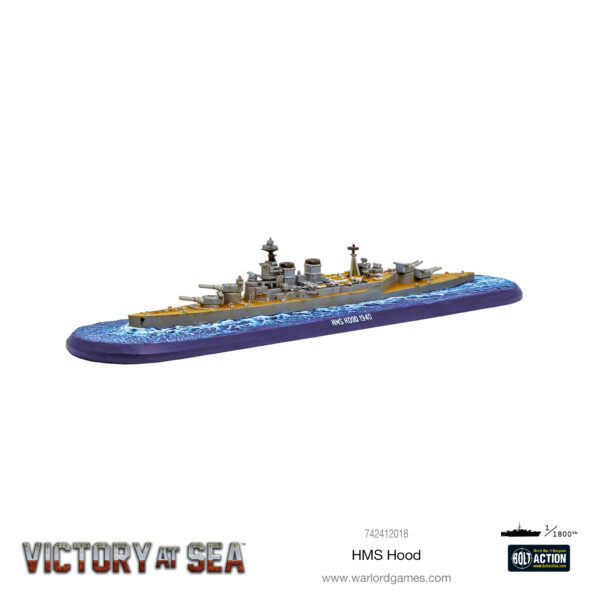 Dan can often be found contemplating the mound of unpainted minis building up under his desk. He has a tendency to roll lots of ones. He also has a tendency to complain about rolling lots of ones.
View Profile | View all posts by Dan Hewitson
Scenery Workshop: Islands and Headlands
Spanish Blue Division at the Battle of Krasny Bor