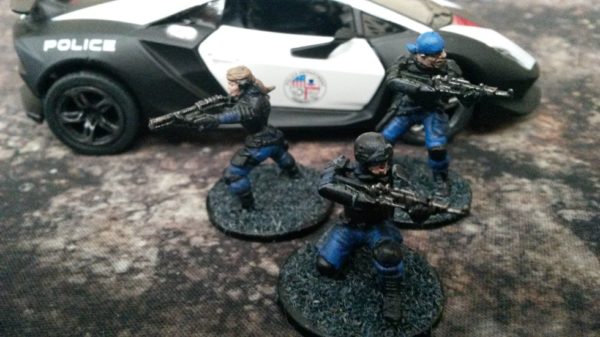 Inspired by his recent battles and movie alike, Sam Phillips has been busy with his paint brush as he delves further into Terminator Genisys and transports back to the year 2014:

Sam: As well as having my Resistance force, I also wanted something more….modern? With this in mind I consulted the rulebook, and opted to go for a S.W.AT Task Force. 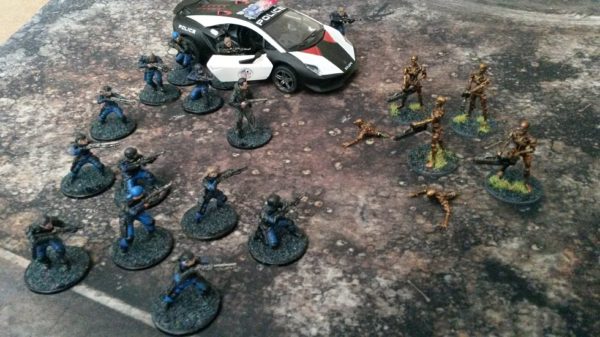 First up are the 8 SWAT members armed with assault rifles, including a Sergeant, who comes at an extra 10 pts if you are over 250pts in total, giving a command of (1).Their assault rifles can pack enough fire power to give the Endos something to think about. If however this proves a little too difficult, I have given four squad members shotguns, for when things get up close and personnel. The humble shotgun is very effective against encroaching Terminators, as the closer they get the more chance they have of landing a kill shot. 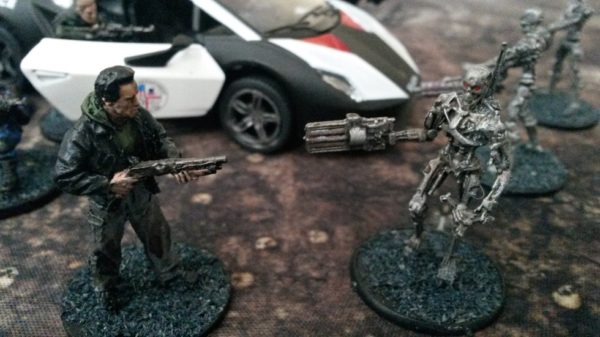 Next I have a single vehicle in the form of a (fast looking) police car, which can transport three, and equipped it with armoured plates to try and give it a little bit more protection. Having the car allows me to get to an objective quickly, disgorging it passengers, the grenade launcher and shotgun armed SWAT members to cause some trouble, or to grab the objective and get out as fast as possible! Another tactic I’m going to try is to place my commander and another model within the vehicle. This means I can use his command ability across the battlefield, being able to manoeuvre him into any position to help my SWAT team members out! 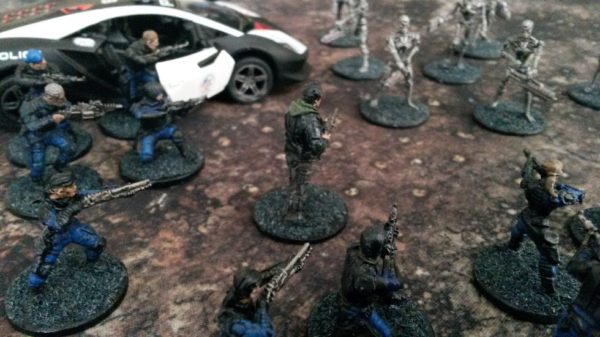 I also have equipped one member with a grenade launcher. Whilst not strictly included with the S.W.A.T list, this looks too cool to pass up the opportunity! I can use him by getting him out of the vehicle and loosing off a round into the Endoskeletons. The accompanying shotgun wielding S.W.A.T members can get in as close as they dare! 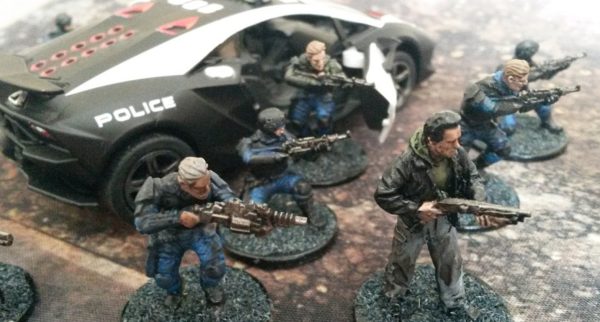 As well as upgrading one of my men to be a Captain, giving him a modest command point, I have also included Pops. His uncanny ability to get behind enemy lines makes him invaluable, and he fits in well, perhaps stumbling across a firefight. Currently there are is no heavy weapons, but I plan to rectify this with more infantry, a couple of HMG armed Humvee’s, and the edition of an S.W.A.T van to transport more members. 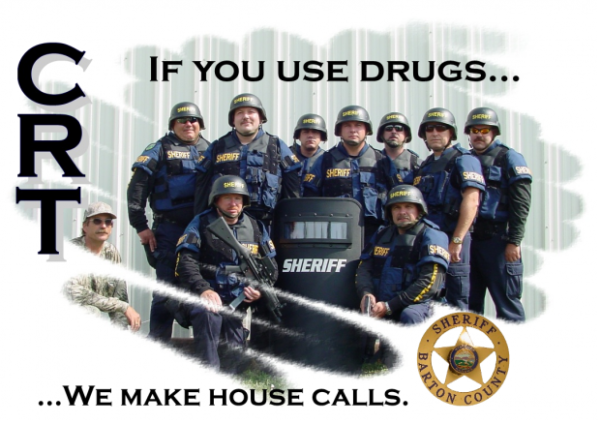 For inspiration, a simple online image search gave me some of the results I was looking for. I opted for black and blue, nice and simple! I started off by undercoating them all black, then applied a dark blue for the clothing underneath the body armour, then applied a flesh tone to the face. I also used a few miniatures with bandannas, which were painted bright red to make a stark contrast, with dark metal applied to the weapons. I also applied a Dark Tone wash, once again from the Army painter range. Then I dry brushed the dark blue with a lighter tone, picking out the detail but leaving the darker colour in the recesses. Then I applied a lighter highlight to the flesh, then based them. 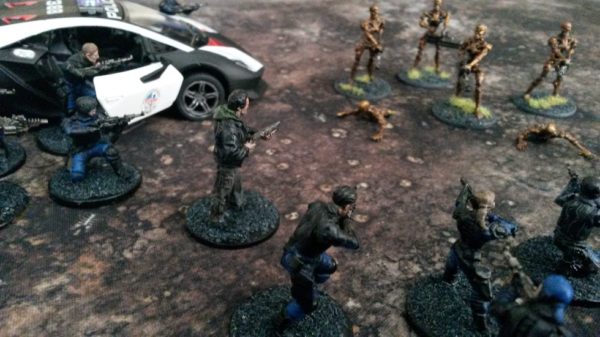 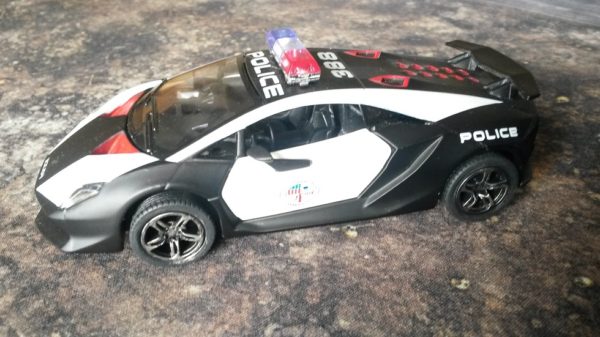 The Police car has been given a little touch up here and there with the Army Painter Inks, but is otherwise left intact! The car is from a toy company called Kinsmart and is roughly in scale with 28mm-32mm miniatures, not bad for a few quid! Whilst not you’re conventional Police vehicle, cars like this are used for chasing down criminals, and seemed to fit nicely into the theme of the whole task force. I imagine it’s the Sergeant who has the vehicle, and is quite flamboyant in showing it off!

Add more to your Terminator Genisys set with a Free Deluxe Battlemat and extra Resistance Soldiers: 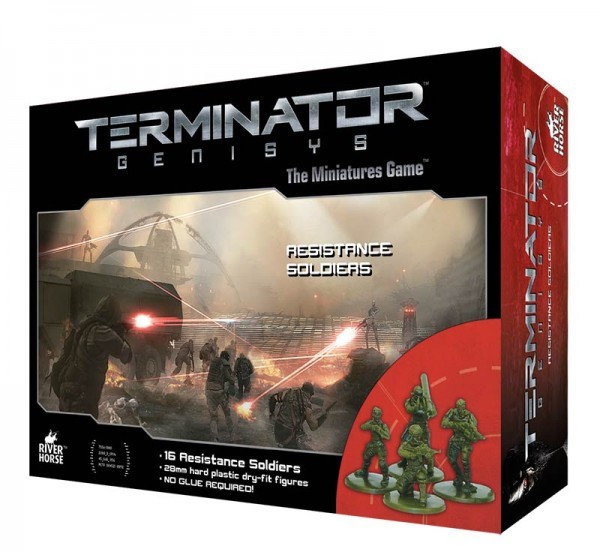