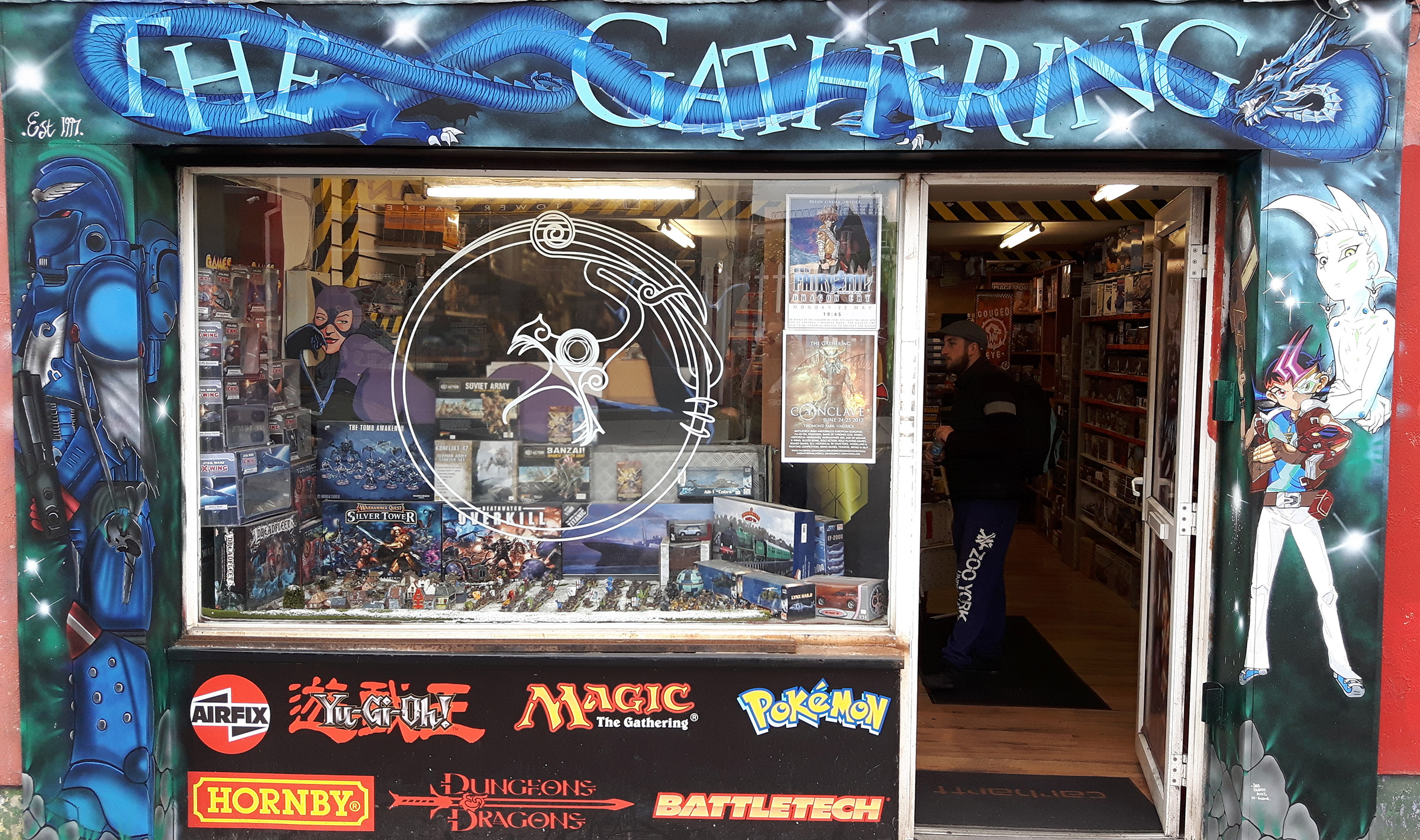 The Gathering has been open for over 20 years. It runs Ireland’s best independent gaming convention: Conclave; which is held in the mighty Thomond Park Stadium. We have everything from 15mm Romans to 1:24 scale Mosquitos; locomotives to RPGs. We also have a great gaming scene; whether its Magic and Yu-Gi-Oh, or Warhammer 40k and Bolt Action, there will be people playing it here!