Konflikt ’47 adds a whole raft of new Rift Tech support weapons to your battlefields. Here’s a quick guide on how they work. 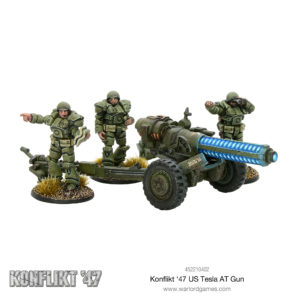 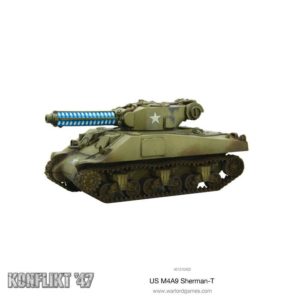 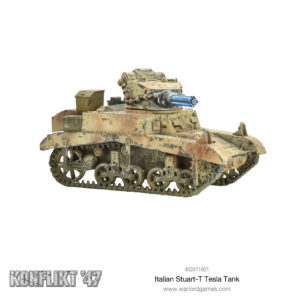 The directed energy weapons conceived and developed by Nikola Tesla have had an immediate impact on the battlefield. Even heavily-armoured vehicles are vulnerable to electricity and with a dispersion setting, squads of infantry can be attacked just as easily. Whilst relatively short ranged and bulky, they are effective against both vehicles and infantry, which makes them popular with the tank crews that use them.

When targeting infantry and artillery the weapon arcs to nearby targets.

When targeting infantry and artillery the weapon arcs to nearby targets. After a successful hit is rolled, roll a d6, and this number of additional hits is inflicted on the unit. If the number of hits exceeds the number of models in the unit, any excess hits are lost.

While short ranged, these weapons are incredibly versatile against tanks and infantry, able to inflict massive casualties with a single electrical blast. Use them to create kill zones or deny areas of the battlefield from the enemy. 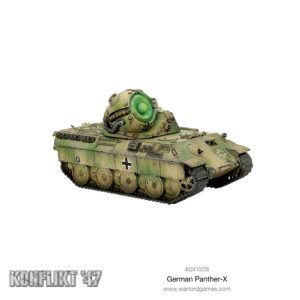 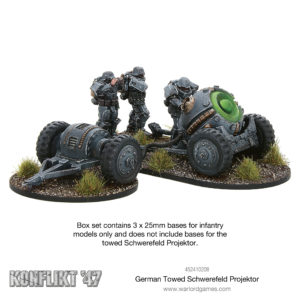 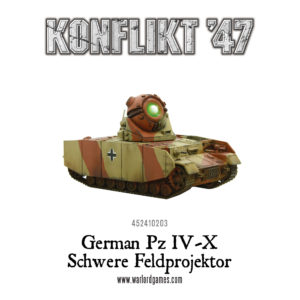 The gravity manipulation weapons employed by Germany have the ability to alter localised gravity, crushing targets under their own weight, rapidly altering the gravity in a small space. This can cause rapid failure of mechanical parts and the aftershocks can disrupt a targets ability to operate for a significant time.

The ability of the weapon’s energy field to manipulate gravity is linked to the target’s mass, making the weapon more effective against bigger and heavier targets. This has led to more of these weapons being employed on the Eastern Front than the in the west, to counter the heavy Soviet walkers and tanks.

Keep these weapons in reserve until the enemy’s heavy armour makes an appearance, then use your increased penetration to tear the armoured behemoths apart. In a pinch, they can slow down your opponent’s fast moving units and create some breathing space for your forces.

Getting started with Konflikt ’47 can be as simple as adding a Rift Tech unit to your existing Bolt Action army. These powerful towed weapons are a cheap and easy way to introduce the new rules to your battlefield. 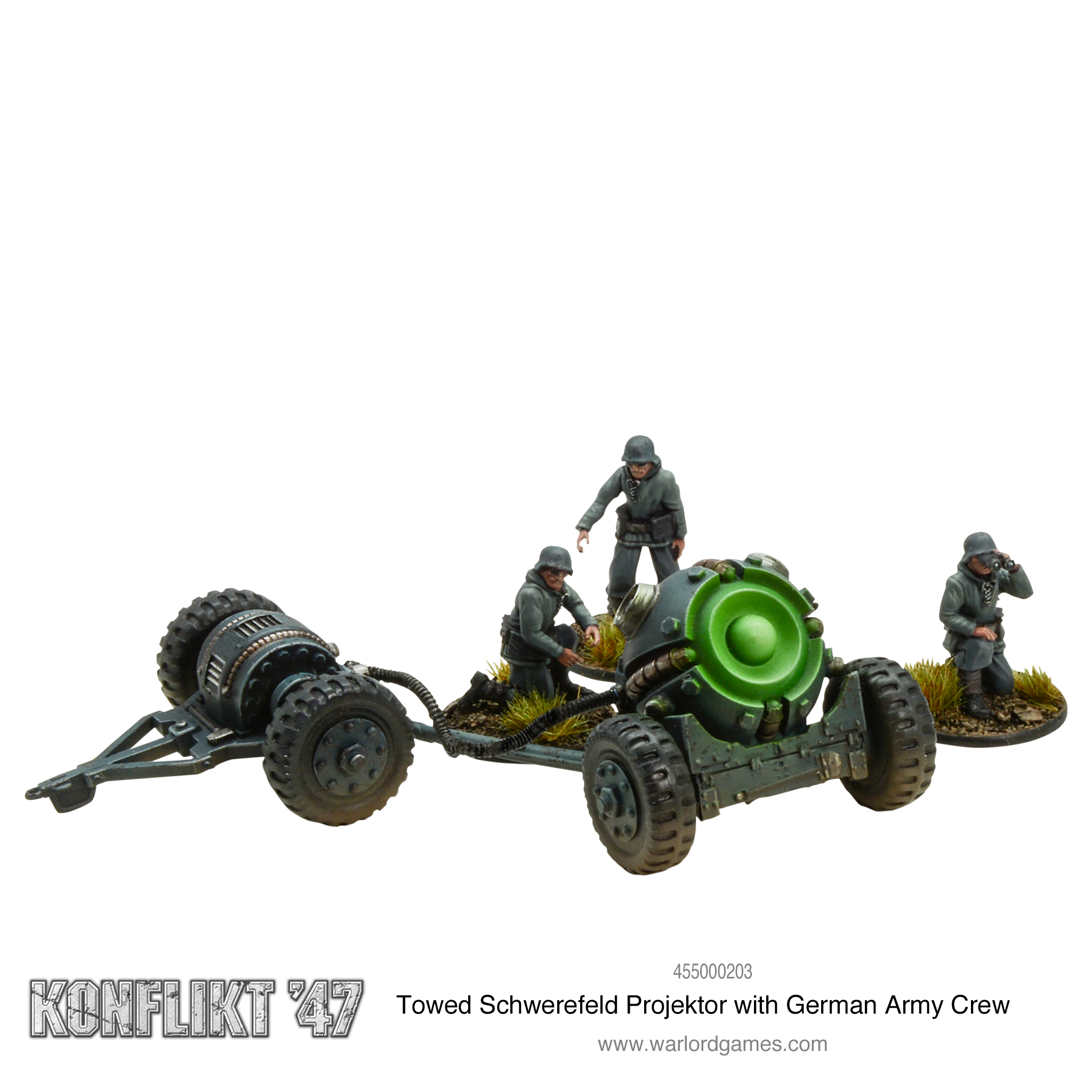 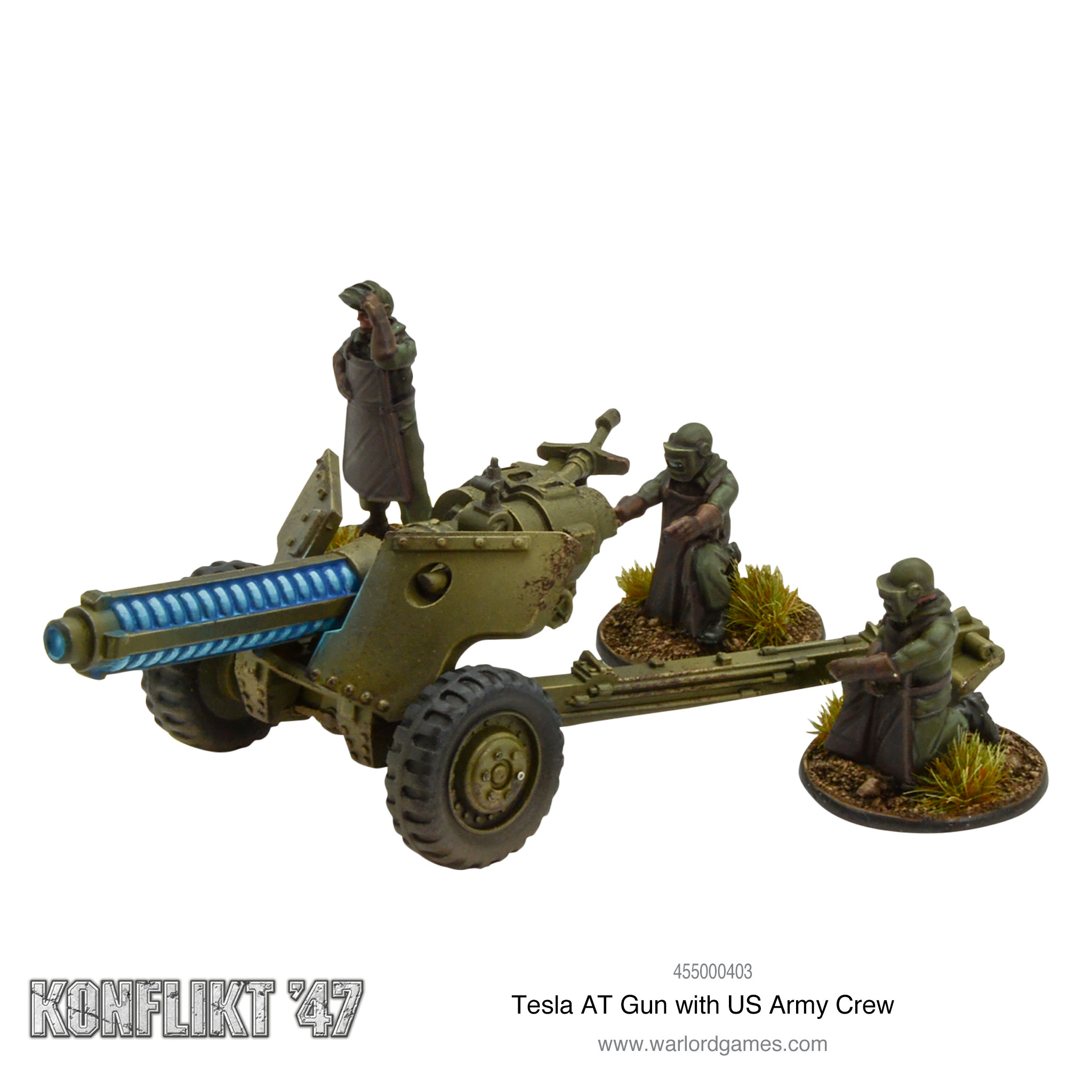