Originally formed by the Emperor Augustus, this elite cadre of soldiers would become the true power of Rome, ruling from behind the scenes. They were responsible for killing off Emperors as much as they were for protecting them and sometimes even took matters into their own hands. 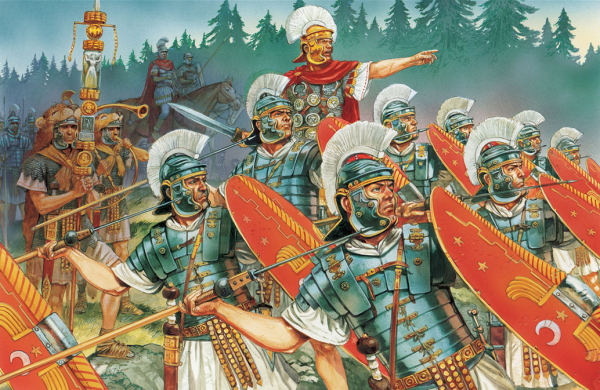 The most famous instances of the Praetorians getting directly involved in the politics of Rome are when they removed Emperors – notably Julius Caesar. After a glorious career in the army, defeating Rome’s enemies and his own, he became emperor. His demise was not just at the hands of the senate, but also the Praetorian Guard, who more than likely orchestrated the event.

This was also the case with the Emperor Caligula. Often credited as playing the fiddle while Rome burned (he actually helped save Rome) the mad Emperor drew a lot of attention to himself over the years and with each day he delved deeper and deeper into madness. His actions and orders where more and more wild and ludicrous, and the decision was made to remove him from power. Once again it was the Guard that orchestrated his removal. The manner of his death is argued to this day, but suffice to say that the Praetorians had enough of his wild dreams, and either way he was killed. 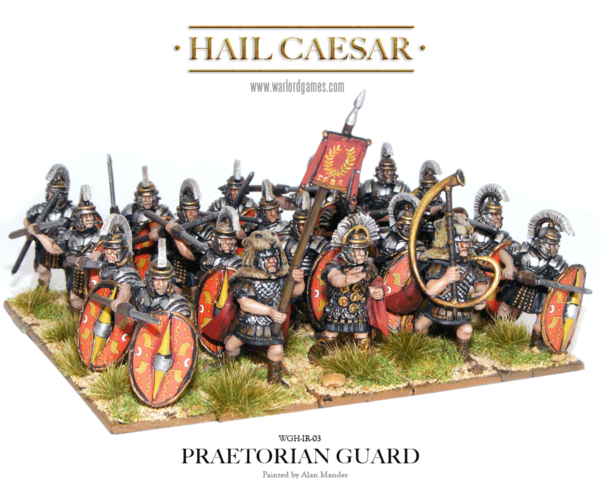 In Rome they ran the streets as a police force – keeping an eye on the local populace, dispensing justice and keeping order when needed. Often regarded as a brutal task force, they governed the streets of not just Rome, but many cities throughout the Roman Empire. Often they fought against large mobs of citizen whenever there was unrest. When in the senate buildings they often patrolled in simples robes, but would carry a gladius at all times, ever ready to dispense justice, or punishment.

In battle, the unit would fight in much the same way as the regular army, except they were much better paid. This unit was armed with the gladius and pilum but was given a different shield when compared to the Imperial Legions. This shield was a design harking back to the Republic era, a large oval shaped wooden shield, which had proven to be a reliable piece of equipment. Some cohorts would utilise the more common Scutum used by the regular infantry. More ornately dressed than the legions, the cohort could easily be recognised on a battlefield and were usually in close proximity to the leadership of the army. Like the common legionaries, they wore segmented armour but with more ornately embellished helmets with large plumes. 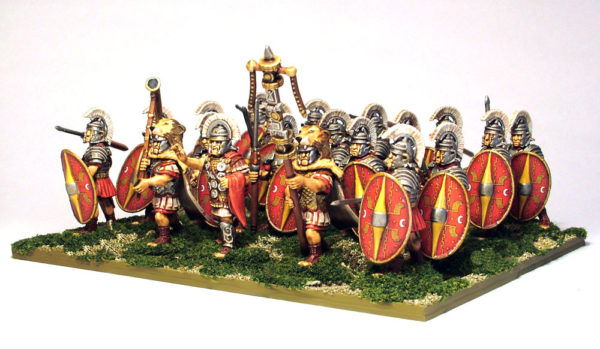 Within the legion was an Aquilifer that carried the eagle, exactly like the legionaries. The key difference between them and the Praetorian Aquilifer was that he wore a lion skin and ornate armour, further differing the Guard from the regular infantry. The Praetorians fought in campaigns across the Empire, providing good shock troops, both infantry and cavalry, to compliment the Roman legions. 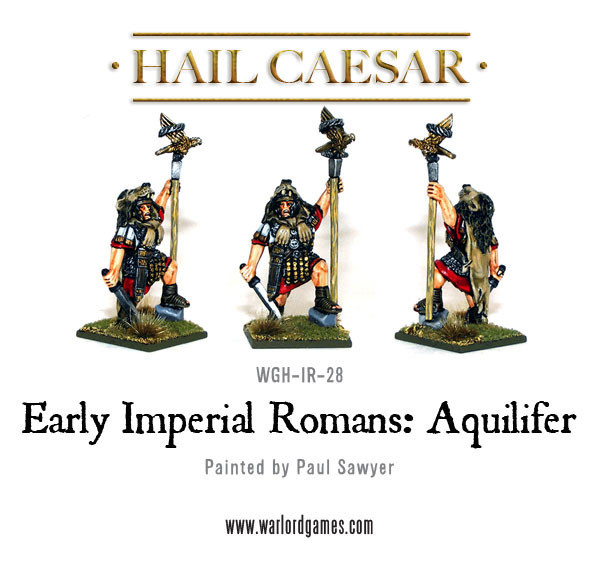 These elite fighters also had a role in the arenas of Rome and her cities, acting crowd control. They even took part in the games, battling the wild animals set against them, which would have been seen as a sign of strength and prowess. They even acted as guards in a massive staged sea battle within the arena, preventing anyone from escaping! 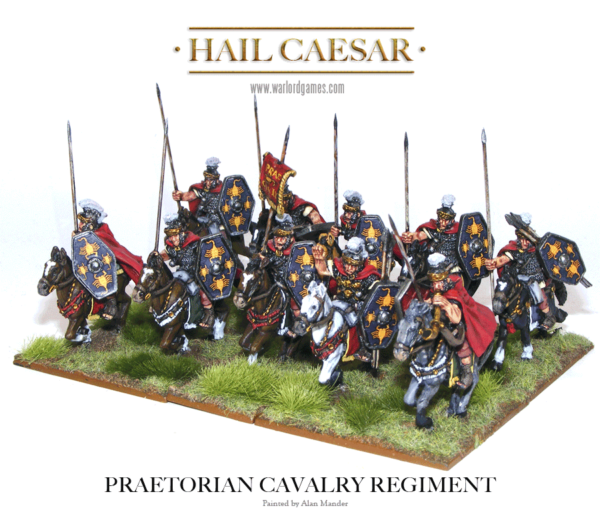 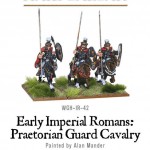 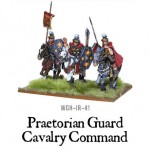 We also have a fantastic Painting Guide for Praetorian Guard, written for us by Dave Jackson – giving a step-by-step guide for painters new to the era!

If you’re new to Hail Caesar, head over to the webstore and have a look at some of our other articles, which provide hints and tips on army composition, hobby guides, battle reports, and much more! 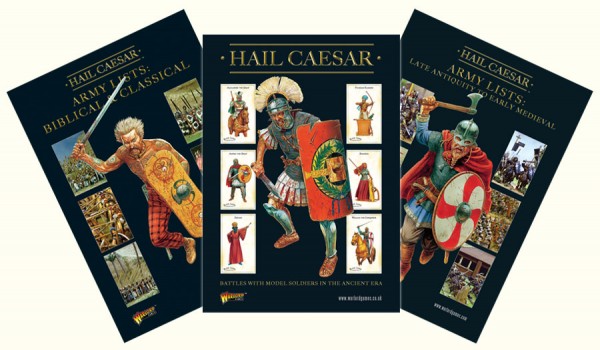