We’ve put together a fantastic bundle for those of you wanting to get started with Highlanders in Pike & Shotte. The Highlander range is bursting with character and this deal gives you everything you need to get them on your table!

This battalia represents a part of Montrose’s Royalist Scots army, particularly those at the battles of Kilsyth and Auldearn. Aside from the famous Irish Brigade (which we will feature in the future), he could also count on support from various Western Highland clans, particularly those loyal to the MacDonald’s.

Farquharson’s regiment is typical of many highland ‘regular’ formations that were equipped with pikes and musket, mirroring the Irish regiments they fought alongside. The more familiar Highland Clansmen are represented by the Stewarts of Appin and fight under their banner.

The Highlander battalia – you’ll get everything shown above in the bundle.

We’ve asked Steve Morgan, the mind behind Pike & Shotte to write some rules for Farqharson’s Highlanders, which we’ve presented below.

One unit of pikemen in the regiment.

Two units of musket in the regiment.

One unit attached to the battalia.

We’ve also got one of these fantastic battalia cards produced by Glenn Gibson. They’re great for reference during games. Simply download the image and print it out. 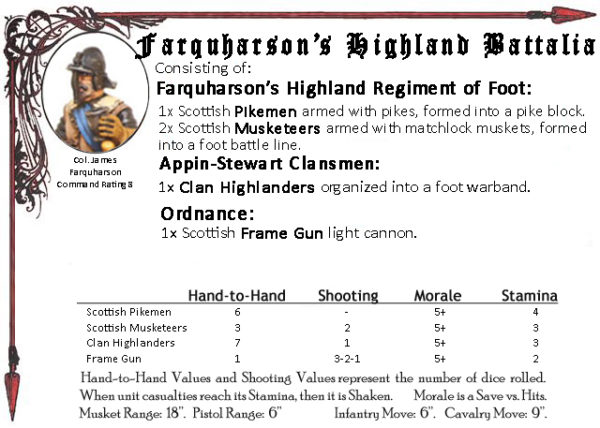 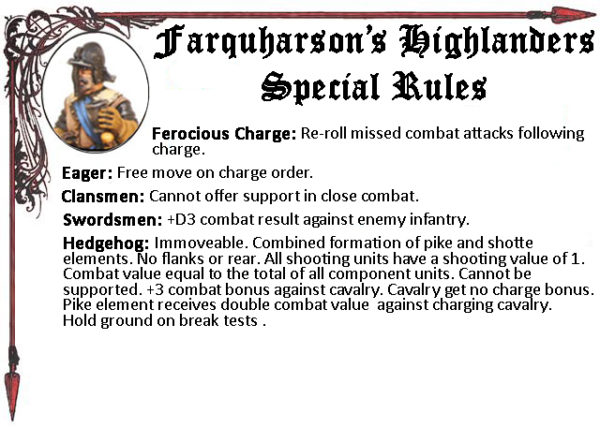 Grab a copy of the battalia bundle today! 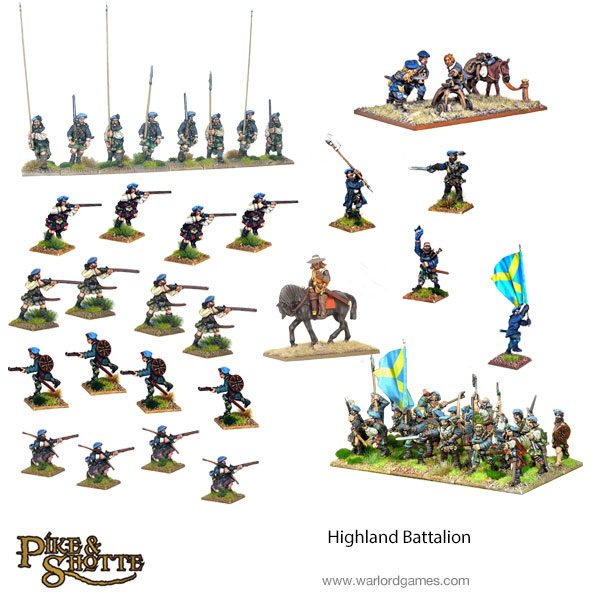 The eagle-eyed among you may have noticed the bases we’ve used to display our studio Highlanders. These are produced by Sarissa and are designed to protect fragile pikes and muskets. They come in a whole range of shapes and sizes and will be available on the webstore very soon! 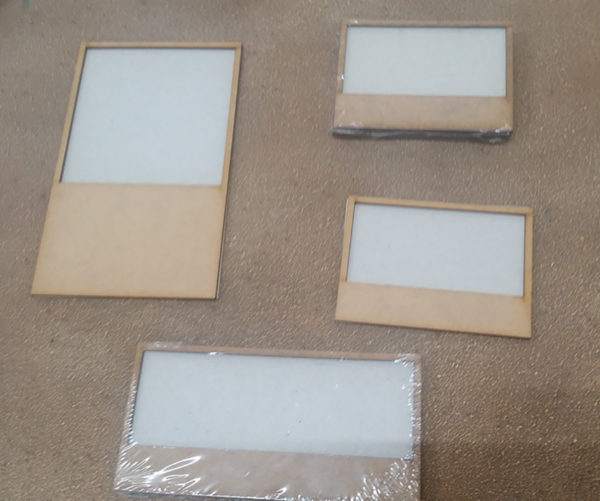 Tom spends most of his time buying books and painting miniatures. He enjoys putting animals on the bases of his miniatures and half-finishing side projects. Some say that he lives in a tower on top of some windswept northern hill with his wife and cow-patterned cat, Spaghetti.
View Profile | View all posts by Tom Mecredy
Spotlight: Pike & Shotte Command Groups
Four Star Generals: Week 1 – Meet the Generals