We know from examining Greek vase paintings that Persian Sparabara wore highly decorated clothing. This was most likely made from leather or felt with embroidered pattern work. Some paintings appear to show ribbons sewn down the seams of the trousers.

I have chosen colours that could be made from natural materials quite easily at the time. With the wealth of the Persian empire it is quite reasonable to presume that dyes could be mass produced.

I have avoided true yellows, blues and purples as they would have been too expensive to produce for extensive decoration on line infantry’s clothing. Adding cream or grey paint to colours is a good way of making them look more natural and ‘worn’ looking.

Decoration in the form of stripes, zigzags, diamonds, and wavy lines are most commonly shown. Although bare in mind that you are going to have to paint lots of them when choosing your designs!

Region of recruitment can be depicted by darkening the skin tone for levies of lands near India or closer to Arabia. Troops from Media or Persia itself are more likely to have richer decoration on their clothing. Satrapies near Bactria or Skythia are more likely to be wearing warmer clothes of leather or felted wool. The tiara of the unit leader could be painted like the skin of a leopard that is native to Bactria (modern day Afghanistan). Even by painting spear and arrow heads bronze instead of iron you can show that a Satrapy is poorer than others. 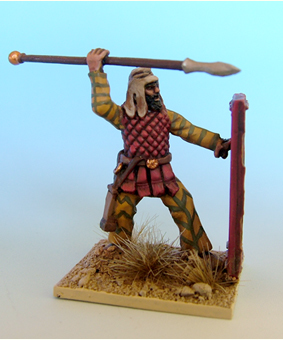 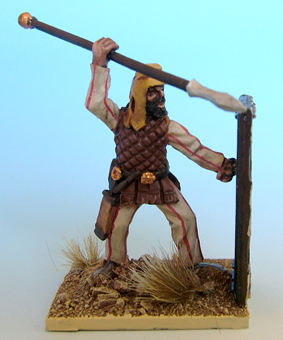 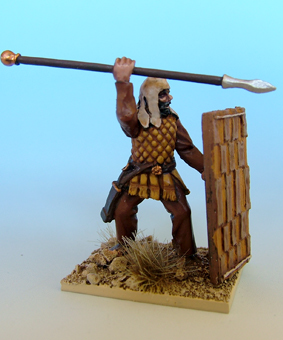 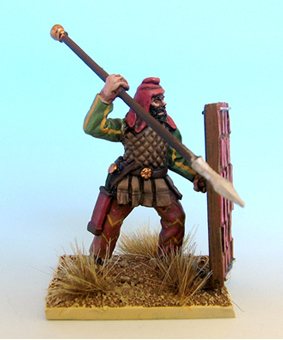