This past weekend Carl Titterington, of T’s creative ramblings, was at the Warlord Games day in Oklahoma and Andrew Chesney asked him to write an article about it and send it to in for you to peruse in the Warlord newsletter

Carl: Having been to the OKC Warlord Games Day last year I had been extremely excited to go again this year. It was once again held at the Reed Centre but only over two days this year, the Sunday being Father’s Day. It was brilliant to see some many of the friends I had made last year and pick up as if a year hadn’t already past. With Jon Russell’s enthusiasm in full flow I knew a good weekend of gaming was in store and it wasn’t long before the fun began in the way of a tour around the 45 th Infantry Division’s museum. It was great to see so many of the items that I often use model wise with my Bolt Action armies. There is certainly something wonderful about coming so close to items of history and in time old fashion I even had a couple of ideas for new armies spring out of some of the items on display. Back to the centre we went and whilst the first round of the Bolt Action and Gates of Antares tournament got started, I took the opportunity to have a play of the new game, Konflict 47. A very enjoyable game and as it is based on the Bolt Action rules with a few additional units it was very easy to pick up. 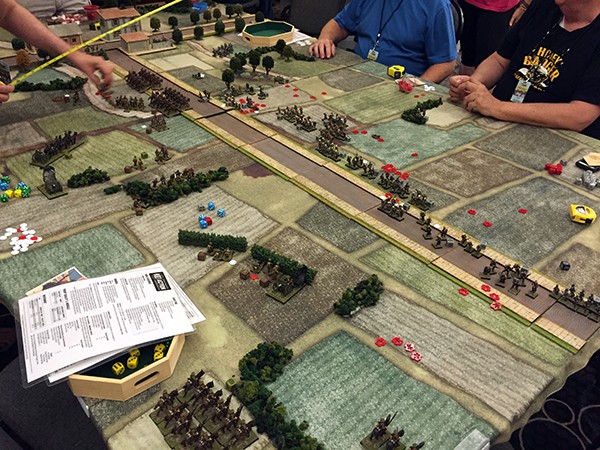 With an early start Saturday morning I took full advantage of the time available. A quick glance of the shop Friday night meant I only needed a couple of small trips on Saturday, more time for gaming. I had come to the convention with two missions:

1) play the World War One game which was once again run by Larry from St. Louis and

2) challenge Warlord’s own Mr. Chesney to a game of Hail Caesar.

I can now report that I accomplished both mission and both combined to be the highlight of the weekend for me. An unfortunately defeat by the Germans in the World War One game (using Bolt Action rules) and a draw as the Romans against Tiegen and Andrew Chesney’s Celts. With a better understanding of the rules I now look forward to using them to play Vikings against some Saxons. 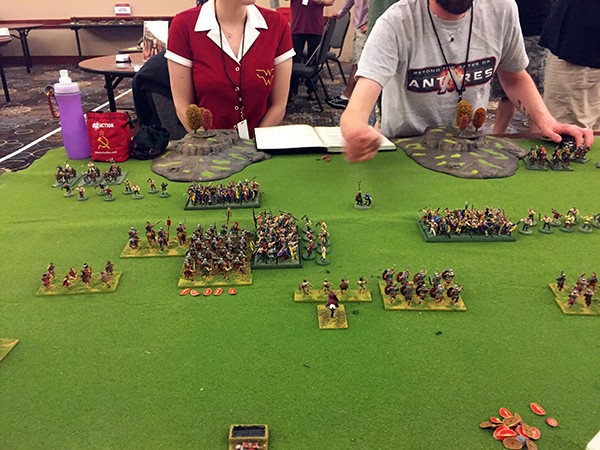 Once again the Warlord Games Day in Oklahoma City showed me how great the war-gaming community is. So many friendly people willing to show you a new game or help teach you the rules. The level of imagination to come up with such great game ideas shone through and were very impressive. 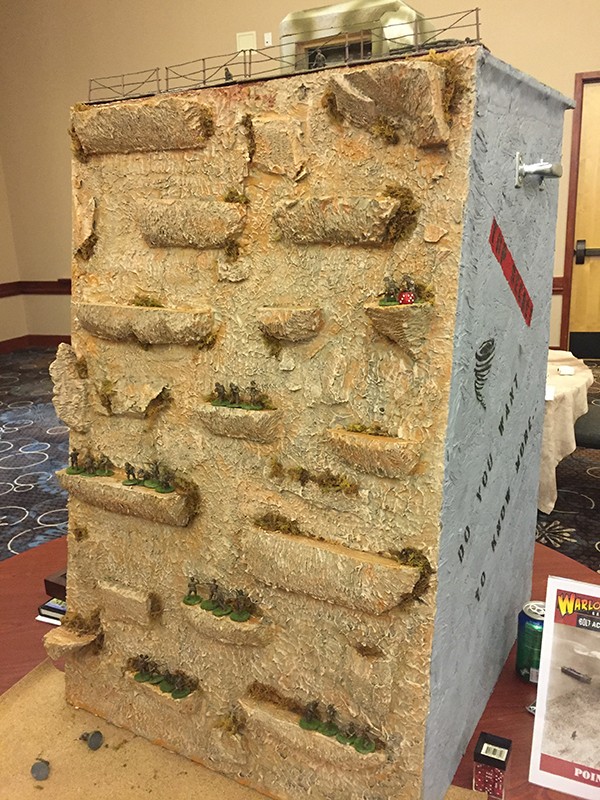 One that particularly stood out was the Point Du Hoc table, which I played and have included pictures of. Overall, another fantastic convention full of wonderful people and wonderful games. Be sure to check out my YouTube channel for a video report on the convention including an interview with Andrew Chesney. Finally, I would just like to say a huge thank you to Jon Russell and his team for making the event happen and a big thanks to Warlord for sponsoring it. 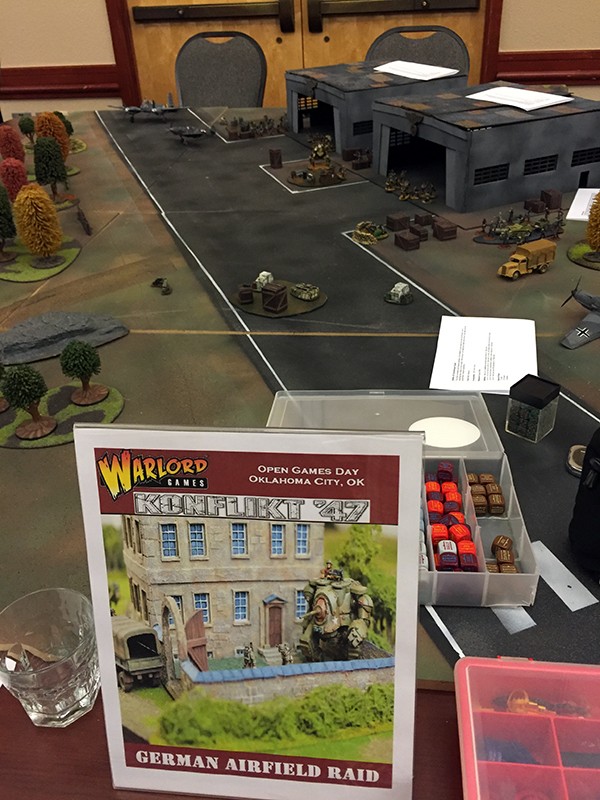 What events will you be going to this year?

View events near you