The great weakness of Hitler’s Occult Forces is the Vhampyr’s inability to go out in daylight.  To overcome this weakness the mountains and forests of Germany were scoured and the shock troops of the Wulfen SS were formed. 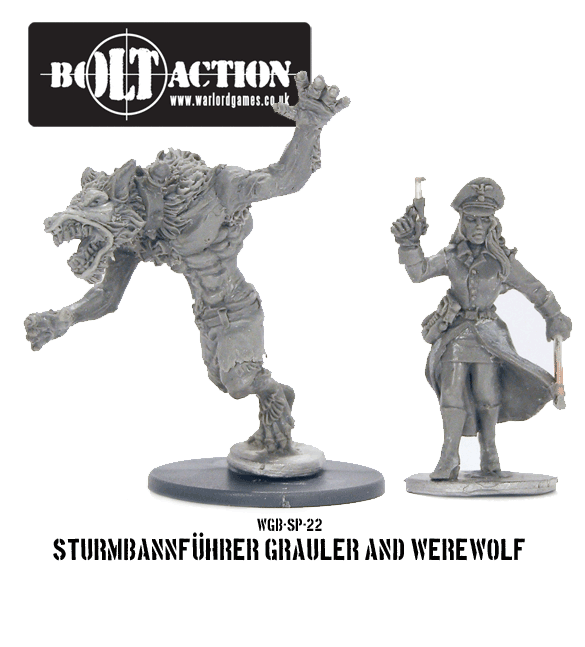 We have here a werewolf stormtrooper from the Wulfen SS, ready to rend the enemies of the Third Reich limb-from-limb.   Never too picky in their rendition this Wulfen is accompanied by Sturmbannfurher Grauler, the She-Wolf of the SS who keeps her minions in line with frequent admonishment with her riding crop… 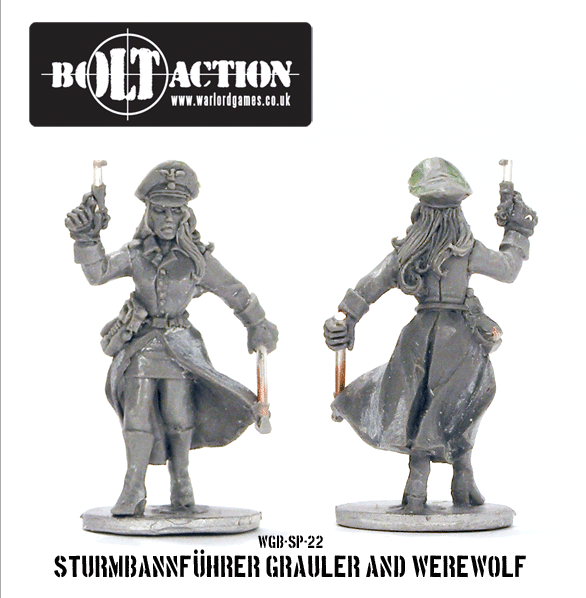 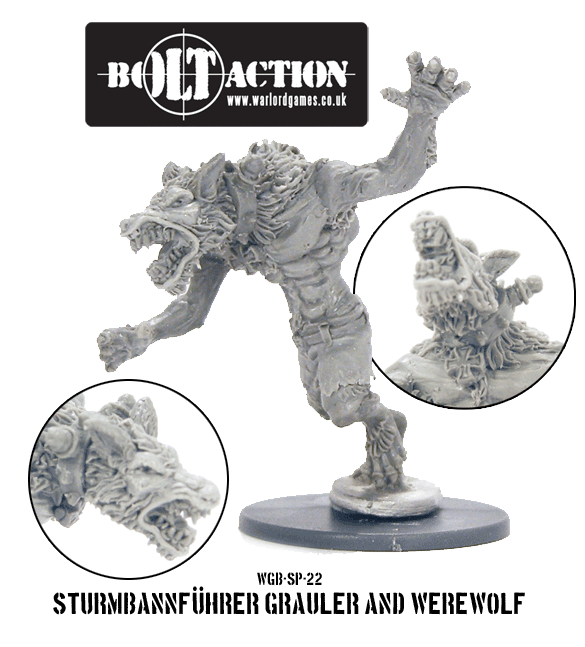 You can pick up this themed pack here in the webstore. Couple this with our “Out for the Count” or “Ein, Zwei, Die!” deals and you’ll have all the elements for a fantastic themed game.