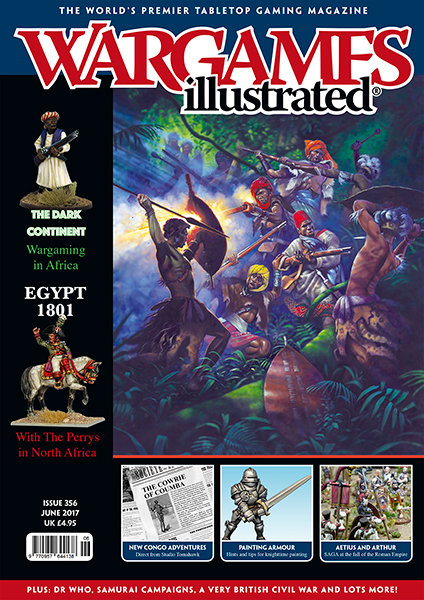 More products that have come our way or caught our eye, including our ‘Spotted at…’ show feature, which this time looks at items from the Cold Wars convention.

Theme: Why I love death in the dark continent

James Morris shares with us a personal view on these colonial era rules and why they’ve proven to be so popular with himself and his friends.

One of the joys of the Very British Civil War concept is the ability to set your games in your local area. David Bickley has done just that, researching the reality of his local history so he can ‘bend’ it to games set in an alternate history 1930s.

Theme: A day of new adventures

Following on from our successful Congo Day earlier this year, we present two exclusive adventures (written for us by Congo author Alex Buchel), that can be used in a similar campaign to that which our players embarked upon.

Across all of Time and Space, war rages and the innocent suffer. We need a few good men, or perhaps just one Timelord and his companions. It’s a Time for Heroes, it’s the time of The Doctor….

Theme: A Tale of three armies

We gave three gamers the chance to create their own forces for the updated Death in the Dark Continent rules. Here’s what they came up with.

Inspired by last month’s theme, David Bickley presents some ideas on running your own campaign with all those figures you’ve recently bought.

To Kill A King!

Charles Singleton presents us with some of the influences behind his supplement for Warlord’s Pike and Shotte rules and the process which led to the creation of the end product.

Nick Buxey takes us through the methods he used to create a fortified structure found in 18th and 19th Century Africa.

Nick Buxey returns to the Amazon, this time centring his Congo inspired adventures around the exploits of Percival Harrison Fawcett, British geographer, artillery officer, cartographer, archaeologist, explorer and subject of the Hollywood blockbuster The Lost City of Z.

A pictorial account of the British invasion of Egypt during the Napoleonic Wars, aimed at ousting the French Armee D’Orient, as re-created by Alan Perry.

After several play-throughs, what does SAGA aficionado Dom Sore make of this latest supplement?

Simon Bradley presents hints and tips to make the best of your armoured warriors.

Our latest article in this series focuses on a UK based club with links to the military.

Mark Shearwood has had a few. And we bet you have too.

Shipping from Friday 19th May 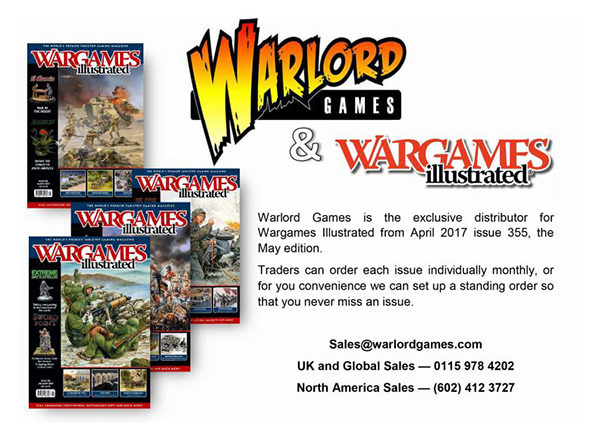