Although we’ve just released our Bolt Action rules we’ve not forgotten our other ranges. Far from it ! There’s plenty coming through for them and here’s an example – Wallenstein’s Lifeguard for our Pike & Shotte range!

Most commanders of the period went into battle with a personal guard, or ‘Lifeguard’. As supreme commander of the Catholic League forces, and mercenary captain extraordinaire, Wallenstein’s lifeguard was more akin to a private army consisting of both foot and mounted companies. 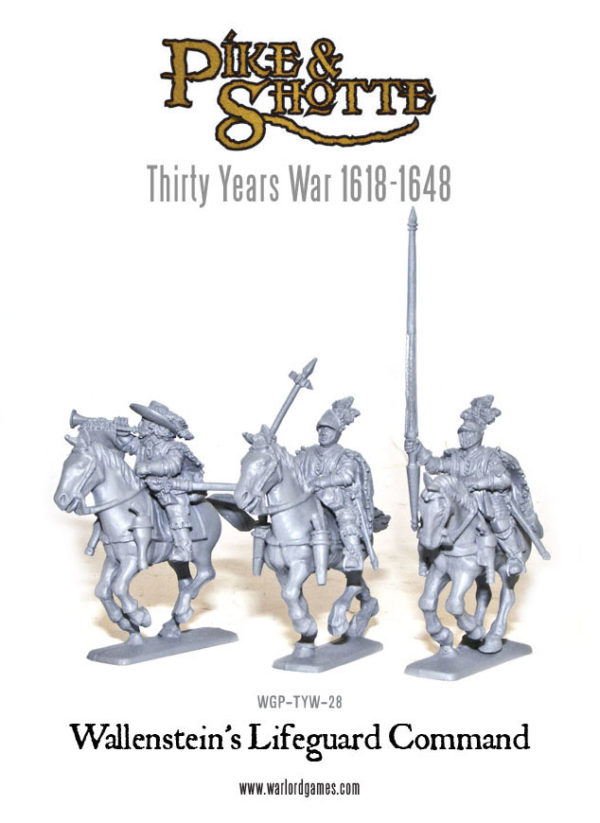 Originally the mounted arm of the Lifeguard  consisted of two Harquebusier companies, but by 1627 when Ottavio Piccolomini (who became a famed cavalry commander in his own right) was installed as Commander of the Lifeguard it had expanded to one company of armoured lancers, one of Harquebusiers, one of Dragoons and one company of Croats. Shortly after a second company of harquebusiers were add. The armoured lancers were certainly the most unique, impressive and expensive of these troops. 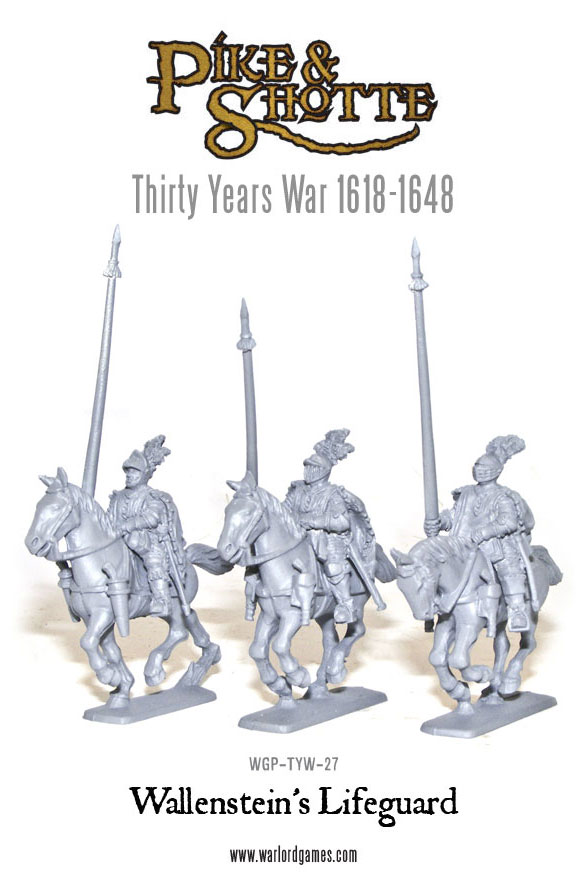 Contemporary accounts described them as of ‘magnificent appearance’. Equipped with full armour they were clothed in the finest material. Cloaks of blue and red, lined with gold trim were the standard uniform of the ordinary trooper; officers and trumpeters were bedecked with extra trim, buttons, silks and laces.  Gold coloured pennants were attached to the lance tips for extra impact; part elite cavalry unit, part haberdashery they were to stay with Wallenstein through the highs and to his untimely demise. 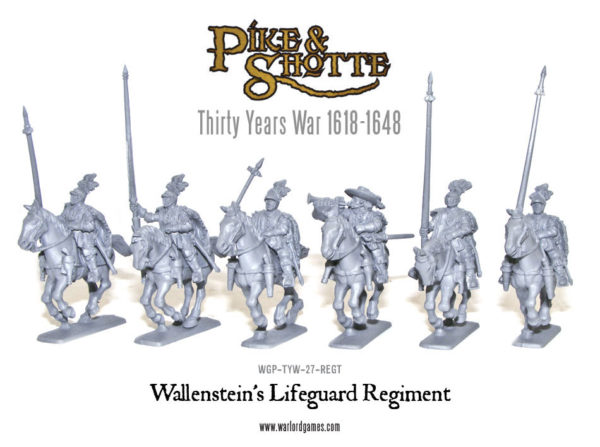