The US Marines receive some welcome support this week in the form of three new sets, providing  machine gun, mortar and anti-tank capabilities. Just the thing for retaking those Pacific islands for the Japanese!

First up is the M1917 MMG team, ready to mow down those Japanese Banzai charges!: 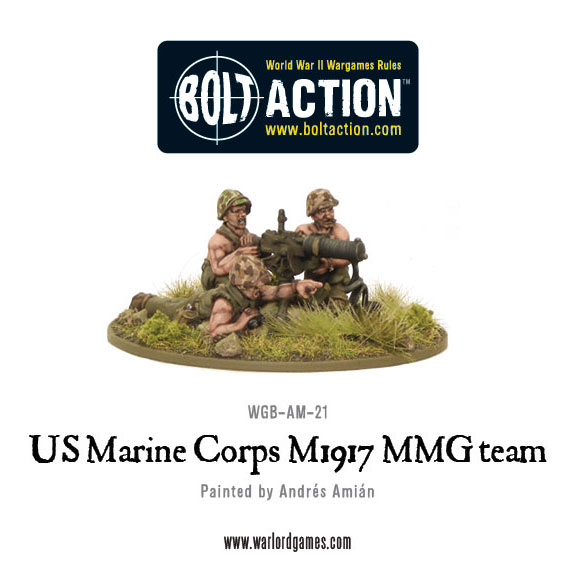 First seeing action during World War I, this medium machine gun saw action throughout WWII and into the Korean and Vietnam wars. It was also provided to the British Home Guard units after the majority of British heavy weapons were abandoned on the beaches at Dunkirk… 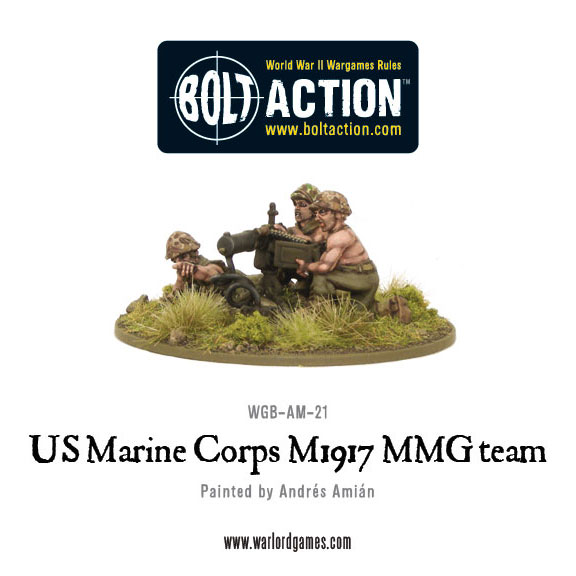 Next, to bombard the enemy positions, the 81mm Mortar team: 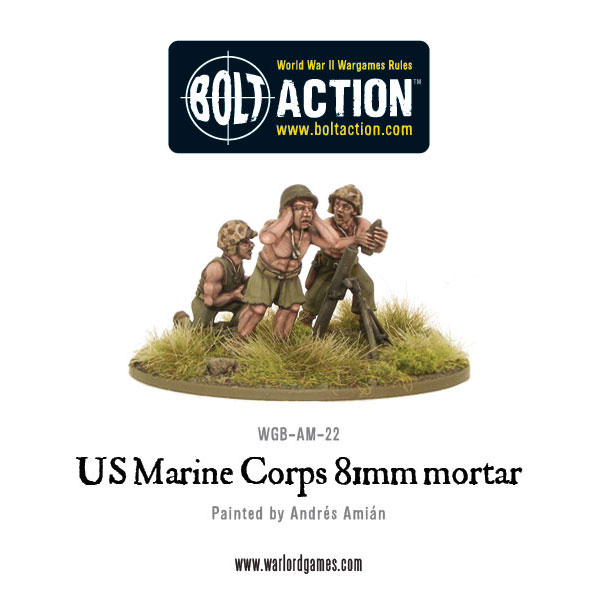 As in most theatres the mortar was a much-utilised and terrifying weapon. In the close confines of the Pacific theatre it became even more useful as the undergrowth, terrain and other obstacles often made direct firing weapons less potent. 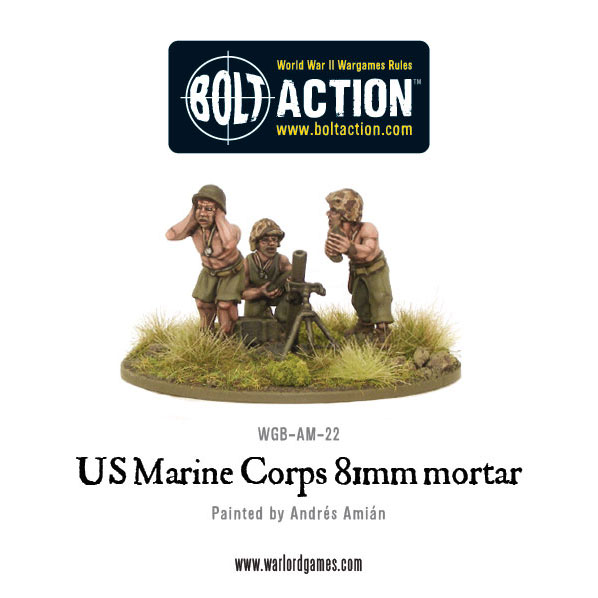 Finally we have the M3A1 37mm Anti-tank Gun, poised to take on enemy armour: 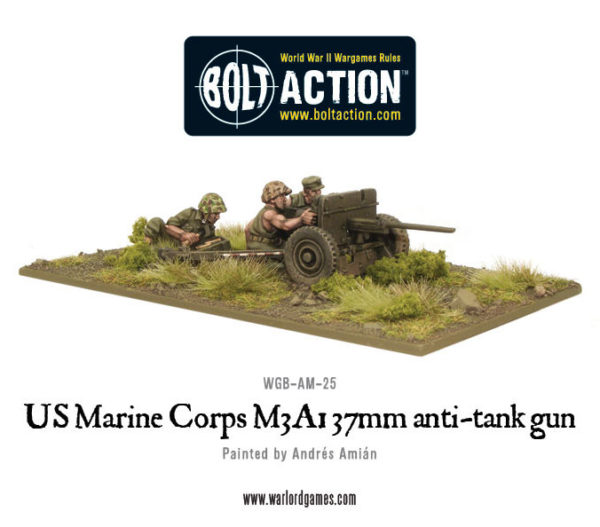 The primary anti-tank gun of the US military in the early stages of World War II, the M3A1 first saw action during the defence of the Philippines in 1941. Despite being superceded by heavy guns in the European and Mediterranean theatres, the 37mm M3A1 would see the war out in the Pacific as Japanese armour development wasn’t as advanced as that of their German allies. 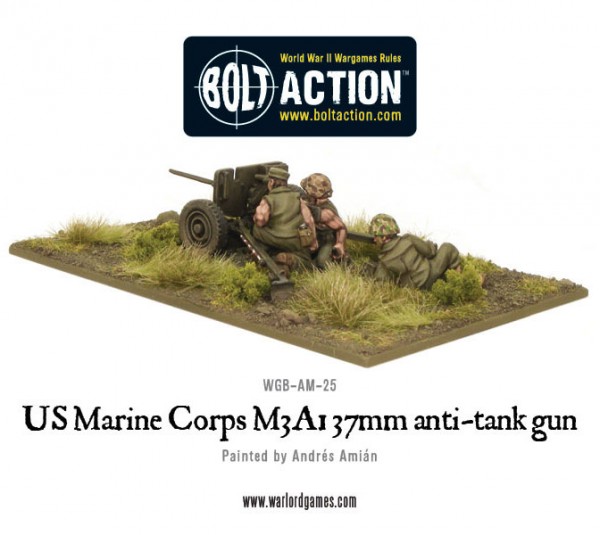