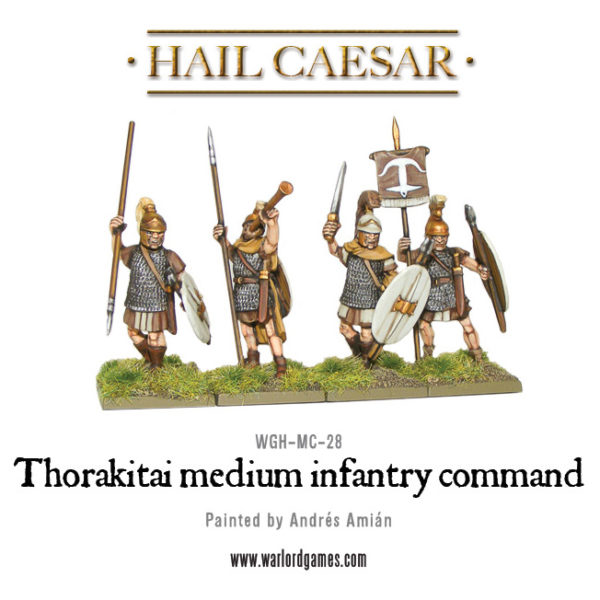 The term Thorakites – plural Thorakitai – is used sparingly by Polybios to refer to Achaian and Seleucid troops of the mid-second century BC. That they were armoured is plain enough – Thorakitai means ‘cuirassier’ – and Polybios describes them as acting in support of lighter troops. It is likely they were armed with the long shield – the theuros – and in that respect they might be thought of as a more heavily armoured version of the Thureophoroi (shield bearers). Duncan Head – in Armies of the Macedonian and Punic Wars (Wargames Research Group 1982) – uses the well known tombstone of Salmas from Sidon to reconstruct the Thorakitai – and this is also the source we have used as the basis for our models. 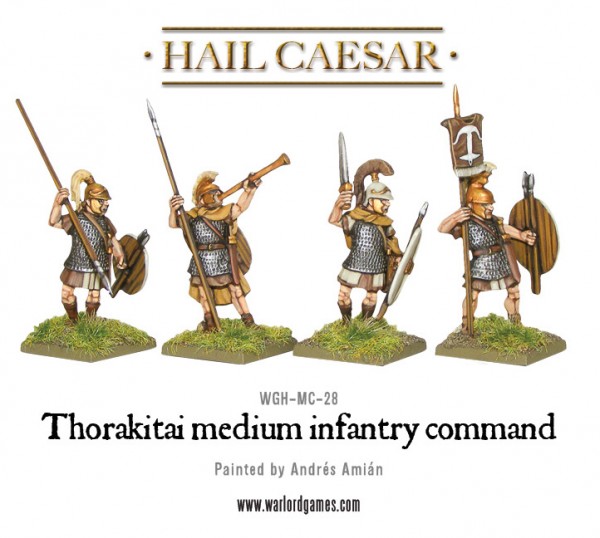 Troops armoured and armed in this manner may well be the same troops otherwise described as armed ‘in the Roman manner’. For example, Polybios describes 5,000 troops as armed in this way as taking part in the Daphne Parade of the Seleucid army. Either way, units of troops that looked like Thorakitai – whether called that or not – began to replace the traditional pike-armed phalanx of Hellenistic armies during the mid-second century. They were probably more practical to maintain than the phalanx, and such troops may have served as mercenaries or as regulars in later Achaian, Seleucid and Ptolemaic armies. For more about the role of these, and similar troops, see Hellenistic Infantry Reform in the 160’s BC by Nicholas Sekunda – Oficyna Naukowa MS – Lodz 2001. 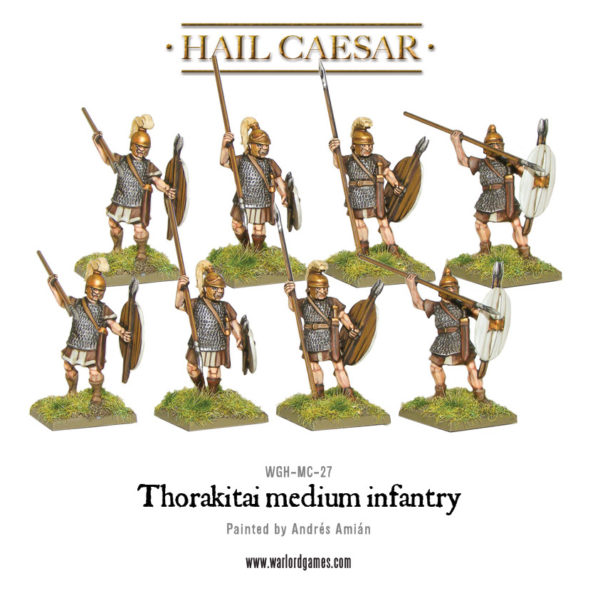