With the release of ‘Terminator Genisys’ at cinemas worldwide, the Terminator Genisys Miniatures Game has been flying out of the Warlord warehouse – and rumours are abound – vehicles, new characters, heavy weapons. Who knows what will appear during the rise of the machines.

Having released the Sarah Connor and John Connor models on Friday, we SOLD OUT of them in less than 24 hours! Fear not though as there are plenty more coming – and as soon as they arrive, we’ll ensure that they’re available to order once more! (and we hear that there are more shiny new models hot on their heels as well!). 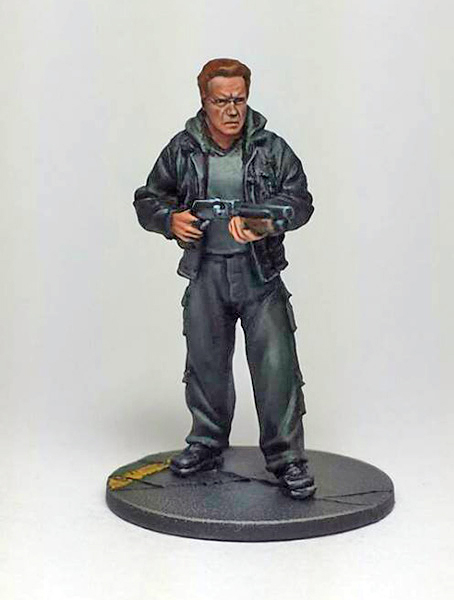 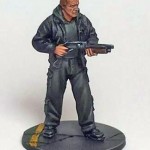 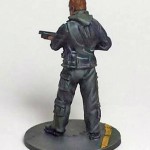 This T-800 cyborg infiltrator has been sent back in time to protect Sarah Connor since she was a child, and to train her so that she would be ready for the struggles ahead. Guardian, or ‘Pops’ as Sarah affectionately calls him, has spent a long time amongst humans, learning to blend in and becoming a perfect bodyguard for Sarah. His organic tissues might have aged, but his armoured endoskeleton is as powerful as ever – as he puts it, he is “old, but not obsolete”. 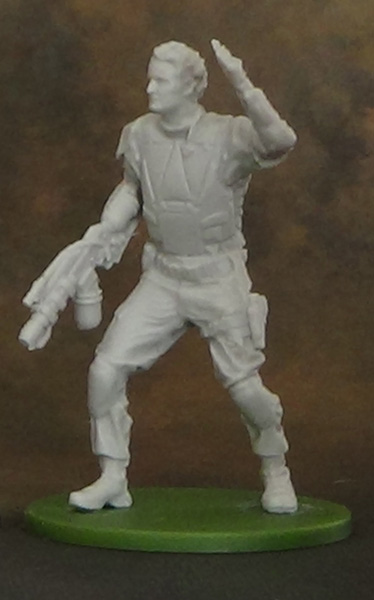 Raised by Sarah to become the leader of the human Resistance in the future War Against the Machines, John Connor is a strategic genius. He is the best commander the Resistance can ever hope to field, his tactical skills so cunning and advanced that it almost feels like he can see the future… 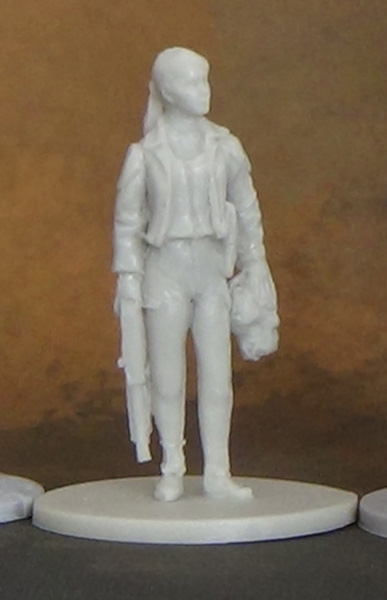 Trained from childhood in all manner of lethal skills, Sarah is an expert in survival, close combat, weapons and explosives. She is aware of her destiny as the mother of the future saviour of mankind… and that is an almost unbearable responsibility. Luckily for her the unstoppable Guardian is at her side to guide her and protect her from the Skynet’s Terminators.

…and here they are, all together – along with the exclusive Kyle Reese sculpt – available exclusively with copies of the current print-run of The War Against the Machines Box Set! 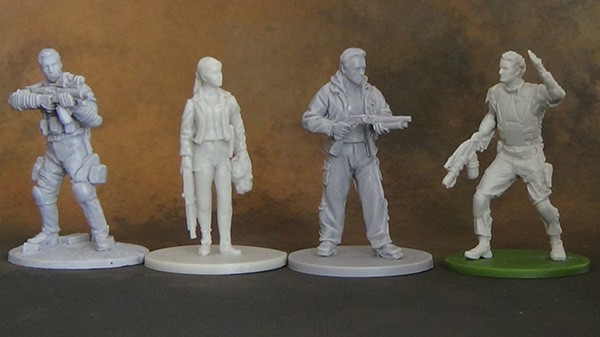 John, the Guardian, and Sarah add to the existing forces of the Terminator Genisys Miniatures Game – so head over to the Warlord webstore and enrol for The War Against the Machines now… 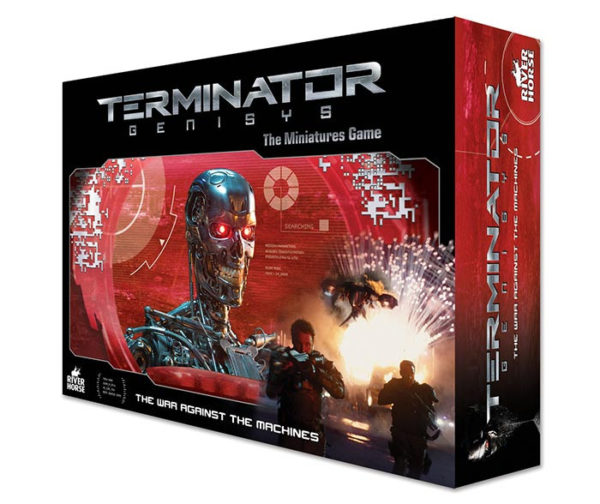 As a bonus, The War Against the Machines includes a superbly sculpted metal Kyle Reese character to join the Resistance fighters, providing them with special command abilities and heroic traits, Kyle Reese is a perfect to lead the brave Resistance soldiers against the endoskeletons.

While you can play on your regular gaming table, we have included a 2’x3′ double-sided gaming mat, cardboard measuring templates and a set of cardboard terrain to make it a game truly ready out of the box, so you’ll be up and running in no time at all.