Warlord Games is of course based in Nottingham, England, so it seemed only fitting that we should produce miniatures of Nottingham’s most famous son, Robin Hood – star of stage and screen for decades. 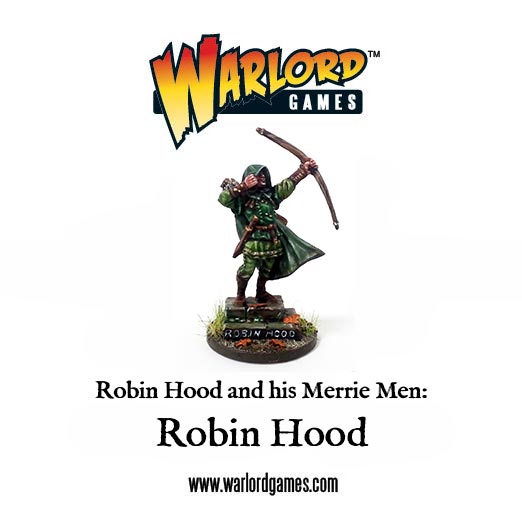 Famously outlawed for giving to the poor the wealth he stole from the rich, Robin and his band of merry men lived in the leafy protection of Sherwood Forest.

Hunted by the dastardly Sheriff of Nottingham and his lackey, Sir Guy of Gisbourne, Robin and his fellow fugitives are the epitome of the people’s champions. 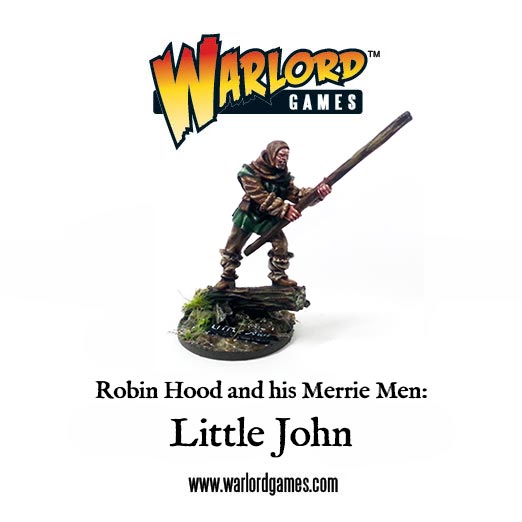 In their first encounter, John prevented Robin from crossing a log bridge over a stream. They fought with quarterstaves, and John bested Robin, but agreed to join his band in Sherwood Forest.

A steadfast and loyal friend, Little John is buried in the Derbyshire village of Hathersage. 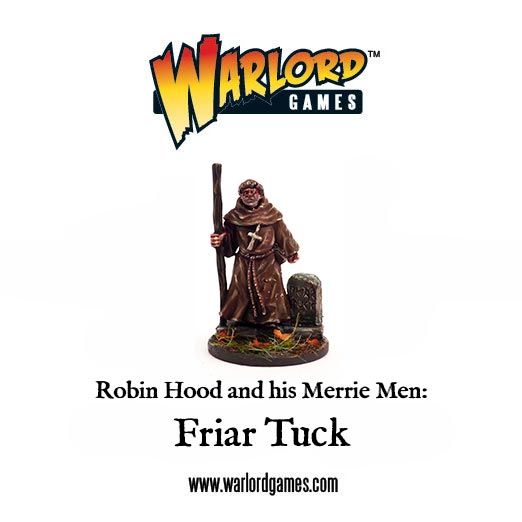 Famously fond of ale and a good meal, Friar Tuck is a larger than life character amongst Robin Hood’s band of outlaws.

There are many tales of how Friar Tuck joins Robin,s merry men in the leafy bowers of Sherwood Forest, from being needed to perform a wedding ceremony for Alan-a-Dale, to carrying Robin across a stream. The jovial Tuck is relied on for spiritual guidance as well as being keen in a fight!