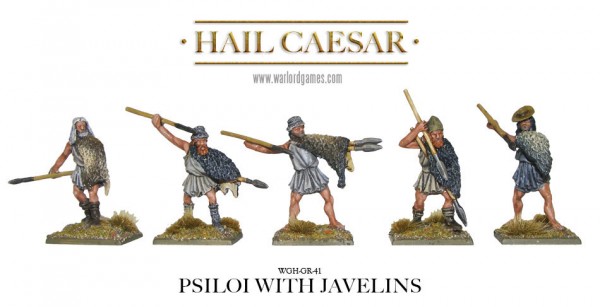 The Lakedaimonians used Helot slaves at Thermopylae and Plataea, although we do not know how they were equipped to fight, we do know that they were dressed in the standard way for shepherds.

Later evidence shows that they were used to harass the enemy with stones and javelins, with only an animal skin covering one arm to use as a makeshift shield. Greek armies did not use Peltasts at this point, but we think it is quite reasonable to think that helots could be armed in this way. 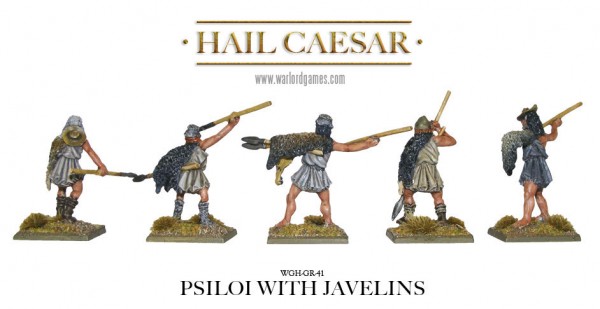 These could also be used to represent the Macedonians that fought for Xerxes as the only information we have about them is that they were dressed in skins.

Unsurprisingly, these miniatures are armed with javelins..