Supporting our recently released Thirty Years War Swedish Infantry comes this great new boxed set. Not only does it include 12 dashing and deadly Swedish horsemen but we’ve even thrown in 6 metal commanded shot miniatures. Don’t take our word for it – look here!

This box uses the popular Pike & Shotte plastic cavalry, which forms the basis of this box. We have added two new splendid models in metal, a characterful Captain of horse and a metal Cornet, both full of dash and Swedish boldness! 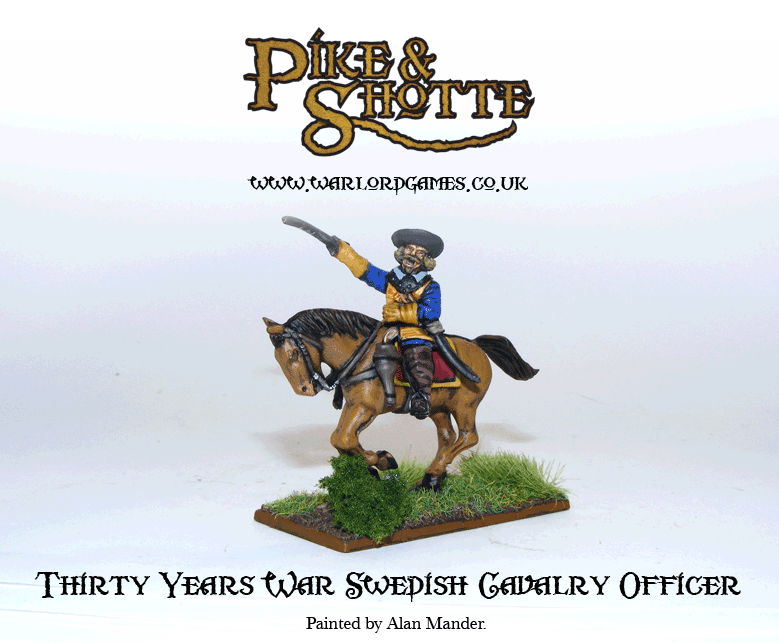 The Swedes, and the Finns who fought so well alongside them, were sometime equipped with the savage looking curved sabre rather than the standard broadsword, and we have included 3 metal sabre arms to equip your ranks. 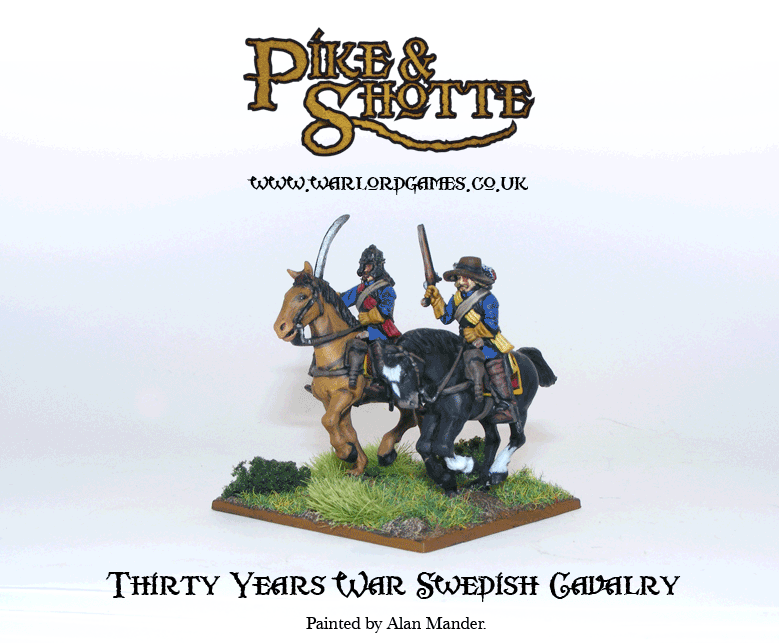 The characteristic metal Swedish style helmet is also included. We have put in 10 of these single-barred and fluted helmets so that you can give them all this headgear if you really want, though a mix of helmets and soft hats seems common at the time.

Last but not least, we have included six musketeers who are modelled firing the dreaded Swedish salvoe, as the Swedes attached commanded units of shot to intersperse with the cavalry squadrons, so that will give them some fire support and confound your enemy… 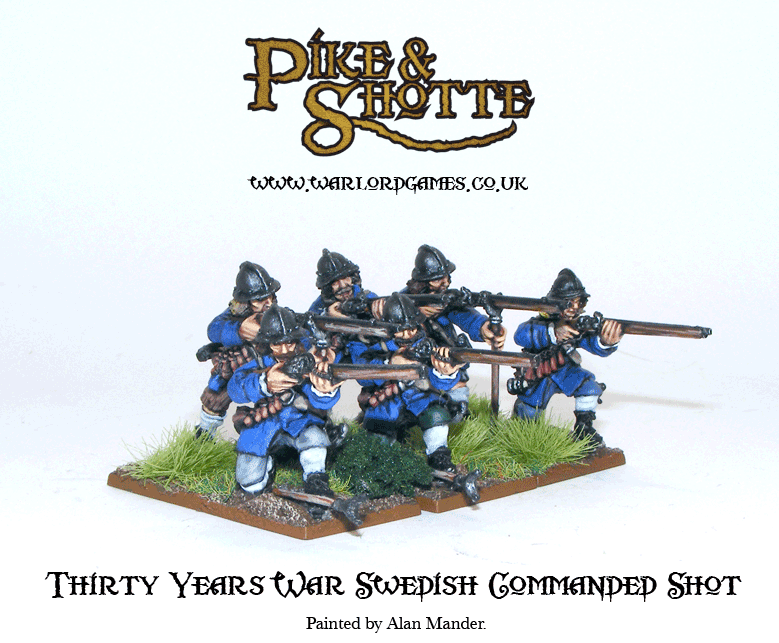 Of partucular note in Gustavus’ army were the horsemen recruited from Finland, their fearsome battle cry -Hakkaa paalle! (Hack them down!) would strike fear into the hearts of any Imperial foe.

This box allows you to make units of Swedish horse, German horse or the feared Finnish horsemen. This is a metal and plastic boxed containing 12 cavalry and 6 muskets on foot miniatures. Available now, get yours today!

Don’t forget about some rank and file infantry to support your cavalry. Warlord’s dour Swedes include ‘swinefeather’ musket rests, helmets for all the troops, amazing full colour banners and flags, extra amoured pikemen and a characterful and well dressed command group. 47 metal and plastic miniatures in each box! Grab some here in the webstore.

There’s also the man himself, Gustavus Adolphus – King Of Sweden! You can pick up this dynamic miniature here in our webstore.

No Swedish army of Gustavus’ would go into battle without a large amount of cavalry. These tough horsemen were to be feared on the battlefield. Charging forward they would hold their fire until the last second unleashing a devastating volley of pistol fire into their enemies before laying into them with their deadly cavalry sabres. They would also include musketeers in their formations to cause disarray in their opponents.

This deal gives you the opportunity to purchase a full brigade of these fine troops. This offer provides you with 3 boxes of cavalry giving you a total of 36 mounted models and 18 muskets on foot. Oh, and it saves you £6 to boot. Head here to get yours!

This gives you either three of our Swedish Regiment or three of our Imperial Regiments (bah!)  giving you more than 130 men and we’ll chuck in a character model to boot! Head here to get in on this deal!