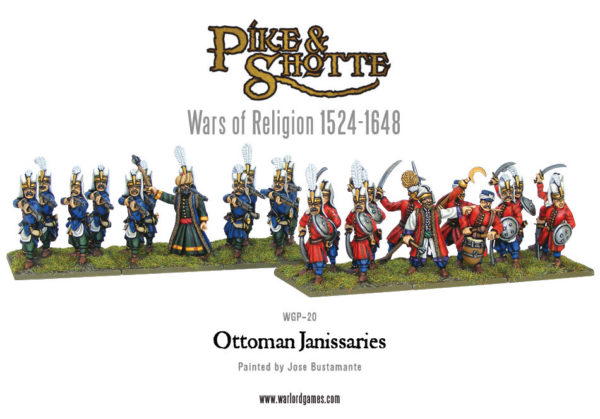 The Janissary Corps was founded in 1383 by Sultan Murad I to provide him with well-disciplined and loyal troops for his expansionist campaigns. They were recruited from Christian vassal states of the Ottoman Empire in Europe by the ‘devsirme’ system of taking young boys aged 6-14 years and converting them to Islam. These children were indoctrinated and raised in an environment of harsh discipline and training, resulting in a fearsome fighting force.

The Corps was divided into ‘ortas’, the equivalent of a battalion, and at the height of the Janissaries’ powers in the late 1500s there were 196 ortas. These were divided between frontier troops (Cemaat), Sultan’s Household and Bodyguard formations (Beyliks), provincial reserves (Sekbans) and cadet troops (Ajemi). Each orta was led by a Cobaci or ‘Soup Maker’, a title that indicated humility before the Sultan, and an Asci Usta (Master Cook). Culinary traditions played an important role throughout the Janissary Corps as successful leaders should be able to provide for their men. 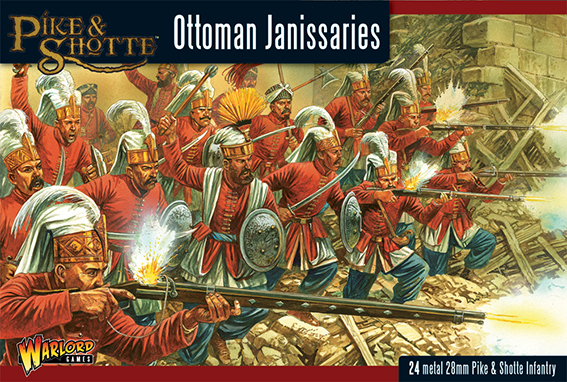 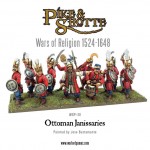 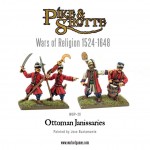 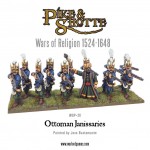 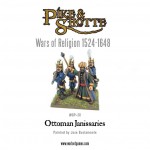 The first Ottoman release this week is the box set – which contains 24 metal miniatures that can be used to represent a Janissary orta. There are 12 miniatures with firearms and 12 with melee weapons that highlight the both the uniformity and diversity of the Janissary formations.

Janissaries discipline and impressive war record notwithstanding, they were also at the forefront of many military advances. They wore uniforms and distinctive headgear at a time when army uniforms were practically unheard of. They were the first military units to march to music, and also the first to widely use firearms. The fact they were salaried fighters and lived in organised barracks was also unusual from a western standpoint. 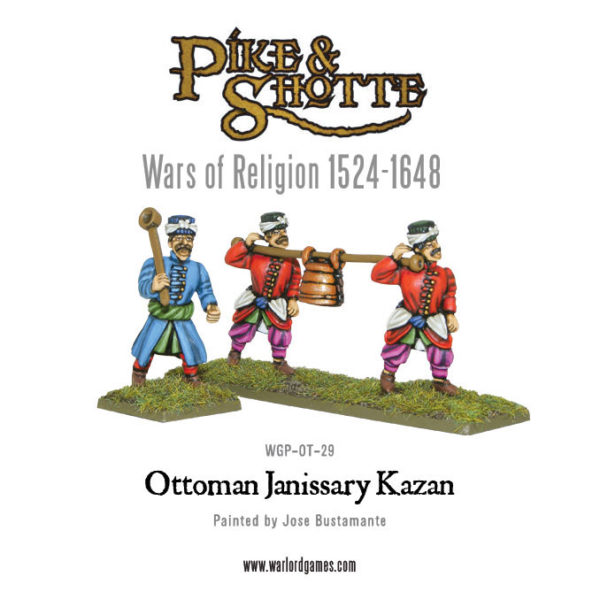 Culinary traditions ran strong through the ranks of the Janissaries and this can be most recognised by their reverance for the regimental cooking pot – the kazan. With soup being the mainstay of Janissary rations, the large copper cooking pot was a sacred icon for each orta. The giant regimental spoon was equivalent to a standard in battle, and to lose it to the enemy was a sign of great disgrace. Each Janissary had his personal spoon (kasik), which was carried in the front of his headdress. 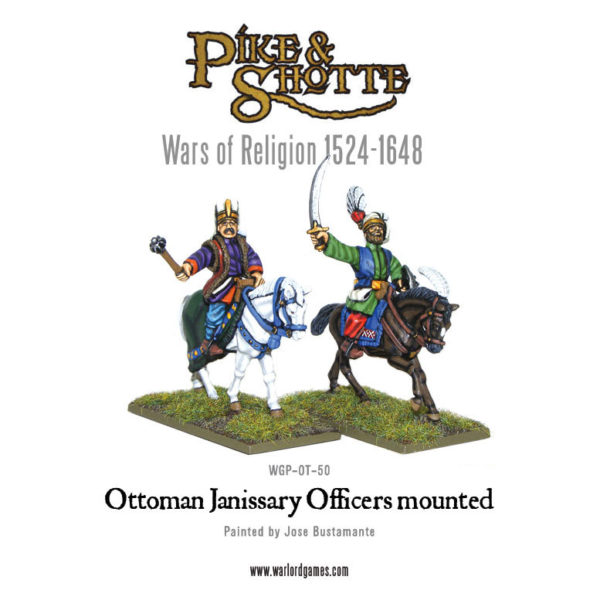 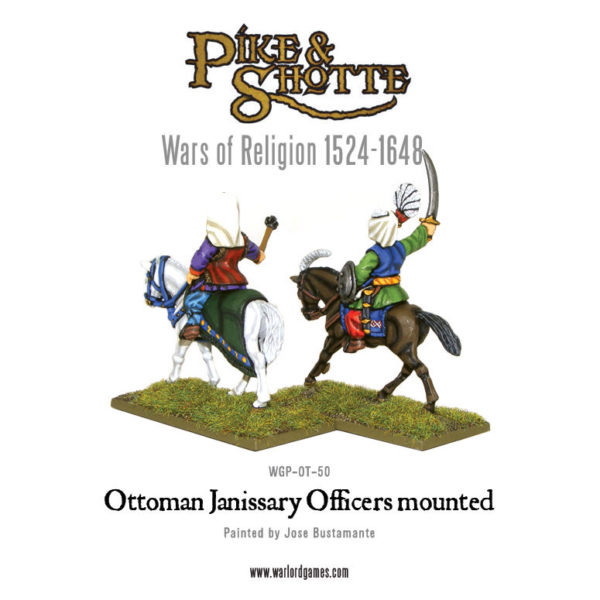 The social status of the Janissary Corps was also noteworthy; being neither free men nor ordinary slaves they created their own social class. The Agha, head of the Corps, was one of the most powerful men in the Ottoman Empire, and over the years the Janissaries came to fill important government roles and trades in society. This increase in power was to prove their downfall as they effectively became kingmakers, killing Sultans who they did not approve of and becoming a corrupt parody of their earlier glories and a law unto themselves. The end for the Janissary Corps came in 1826, when Sultan Mahmud II initiated the ‘Auspicious Incident’ which saw the execution of thousands of Janissaries and the disbandment of the Corps. 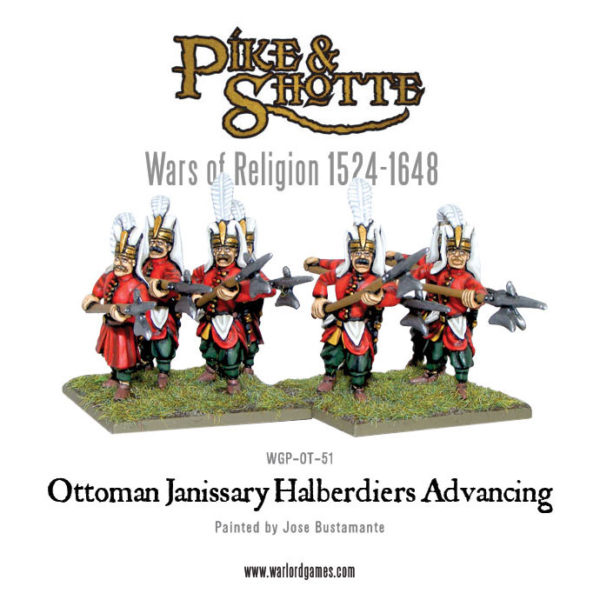 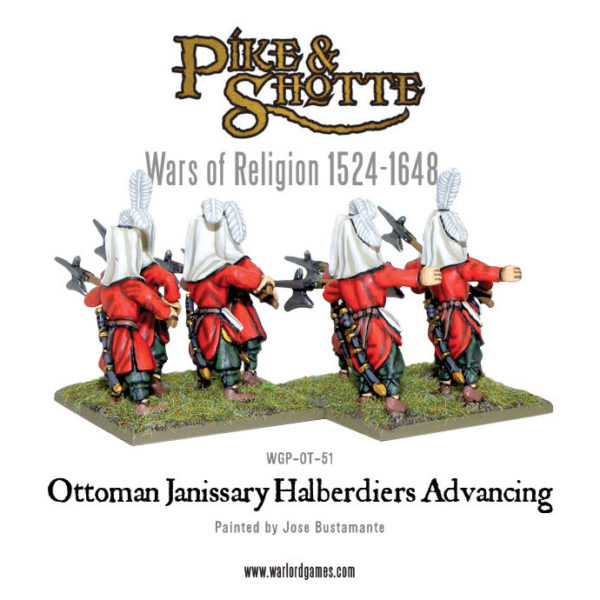