Ever since we released our Pike & Shotte Mule Train we’ve had requests to do a version for the Napoleonic Wars. Your wish is our command… 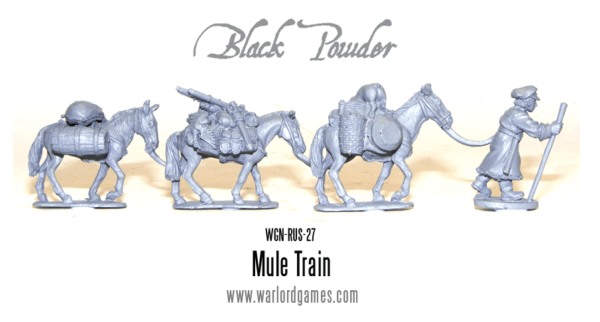 Led by a camp follower the mules carry all manner of materiel – from ale caskets to muskets and from cooking pots to a dead pig! 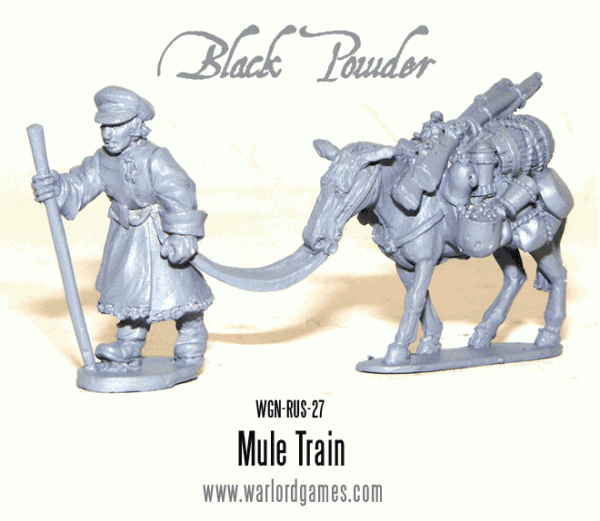 This recently released Water Cart will also be a good addition to your baggage train or simply as more period specific terrain for your games. 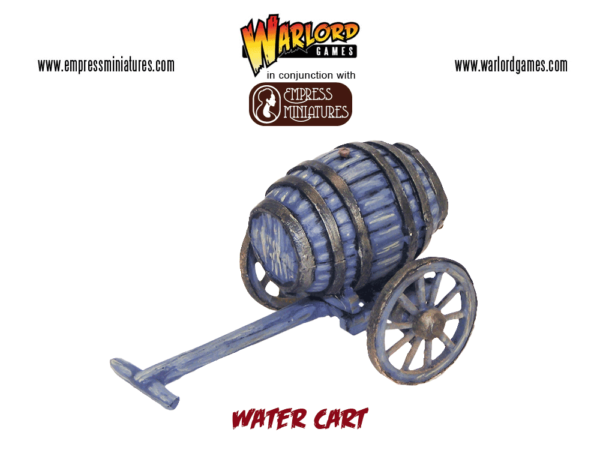