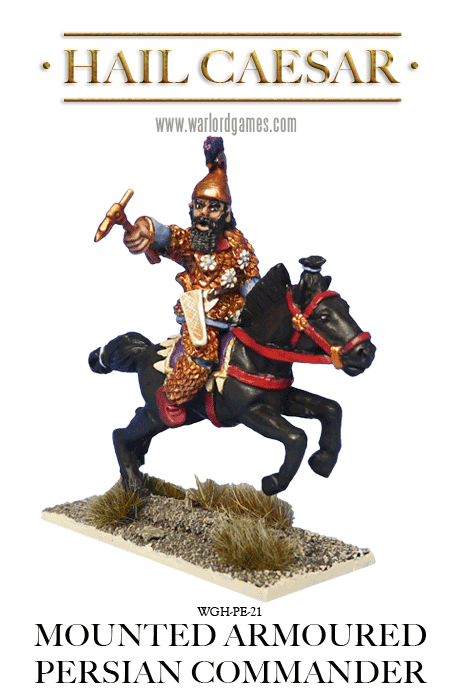 Achaemenid Persia was one of the greatest empires in history, spanning from 520-400 BC. At it’s height it spanned most of the known world and controlled enormous wealth and manpower. Its enemies were legion with the Greeks, Thracians, Skythians, Lybians, Saite Egyptians, Indians and Sakas all meeting this great empire on the field of battle.

This Persian commander is armoured in the heavier Eastern Iranian or Skythian fashion. Scale armour covers the whole of his body except his forearms. Each scale is further gold plated (scales such as these have been found in Persepolis). His cuirass is decorated with ivory and lapis lazuli, both products of the extreme east and north of the Persian empire. He also carries a Akinakes, Sagris and Bow. 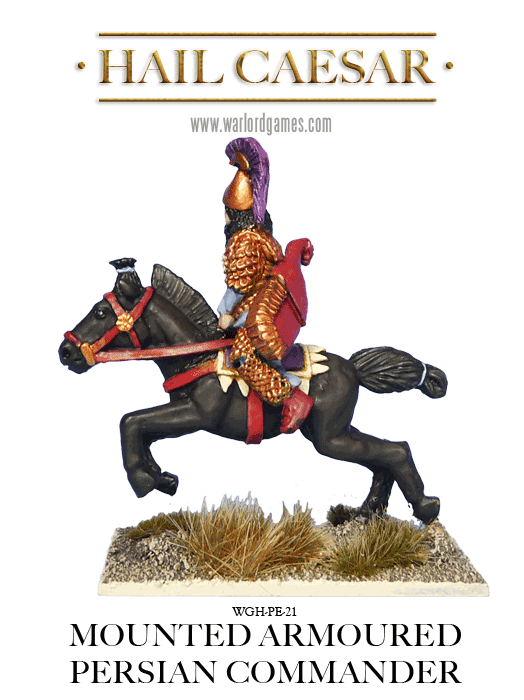 He is mounted on a prized golden Nisean horse. Now extinct, it was the forerunner to the medieval warhorse.

This figure can be used to represent a Hazarapatis (commander of a thousand), Arteshtaran-Salar (chief of warriors) or even a Satrap of the eastern regions.