These are the regular archers of the 19th and 20th Dynasties (Ramesside period), such as those that fought under Pharaohs Ramesses II, Ramesses III and later Ramesses up until the end of the New Kingdom.
These Archers fought against the Hittites and their allies at the famous Battle of Kadesh. 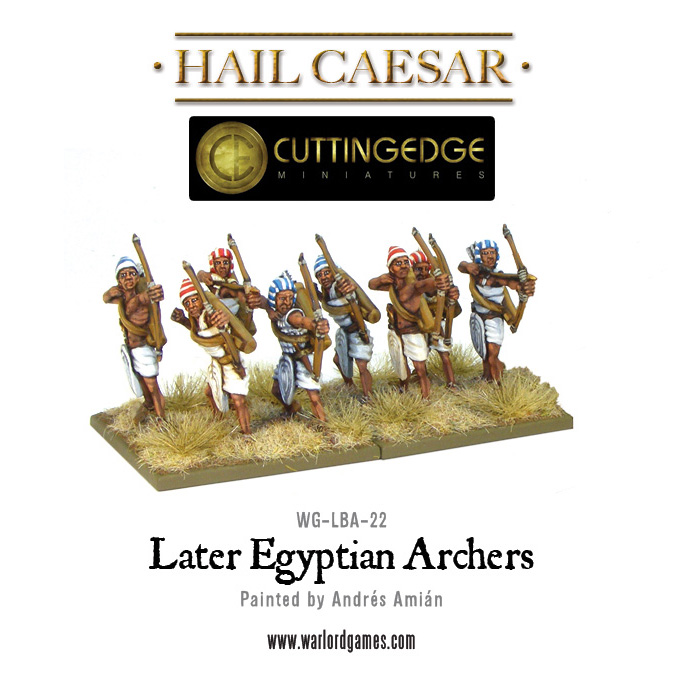 These archers are heavier than those from earlier in the New Kingdom: they are equipped with a composite bow, light armour and a hand weapon for self-defence. The headgear represents either a striped headcloth (perhaps with bronze helmet underneath), a plaited wig or helmet and can be painted in either style. 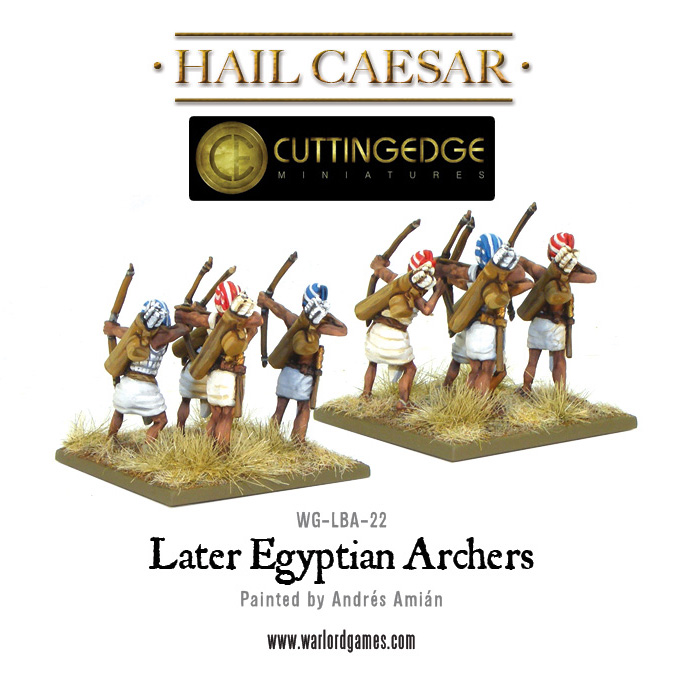 You will find in our webstore a comprehensive range of miniatures for fighting battles during the Bronze Age using our Hail Caesar rules.