Greek Commanders lead from the front, Whether they were the Kings of Sparta, The Boeotarchs of Boeotia or the Strategoi of other cities. All would be equally well equipped in highly decorated or richly coloured armour and equipment. Metal could be tinned, silvered or plated with gold and electrum. 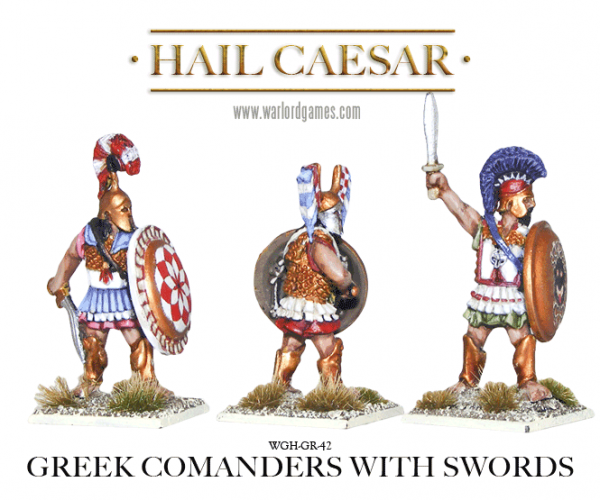 The left hand commander is equipped with a Kopis style sword, while his companions (or adversaries!) have the leaf bladed xiphos. Both were popular styles from the archaic period onwards. 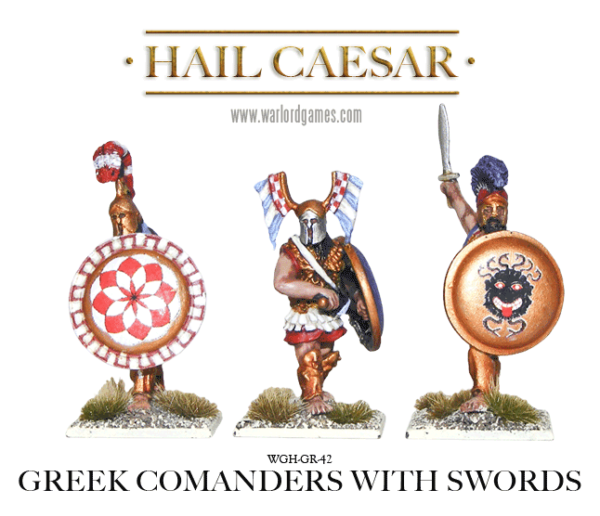 Crests were an important aspect of a commanders panoply as they made him easy to identify on the battlefield. These could be very ornamental in design and dyed in bright colours. Purple crests are mentioned in primary sources. The commander in the centre wears a very unusual crest design on his helmet, which is surprisingly common in Greek art. He also wears highly decorated greaves and a full scale cuirass, which again seems to be fairly common. 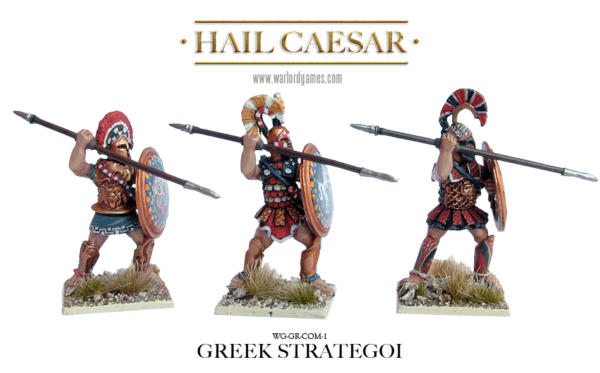 The new commanders with swords nicely complement our recently released Greek Strategoi army commanders as seen above. We have more command options for Greek and Spartan armies coming through soon…