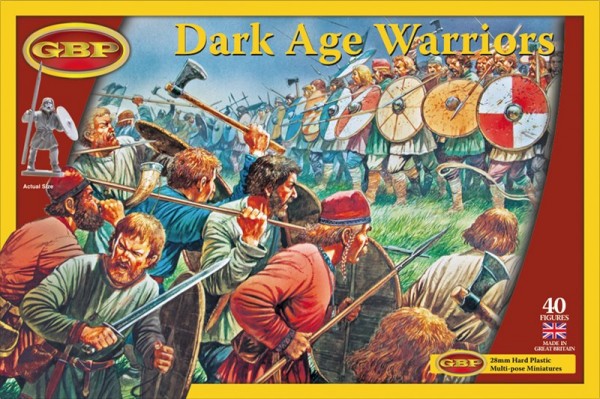 Each Warrior can be armed with a spear but for extra flexibility, this deal also contains additional parts for you to make up to 24 of these warriors with swords, up to 24 with hand axes, up to 96 with slings or up to 48 with javelins. Each box also contains extra parts to create horn-blowers and plastic bases for all your figures.

A single box contains 40 plastic figures, so you will receive 120 plastic figures in total and may be used to represent almost any unarmoured European warrior from the Late Antiquity to the Early Medieval period.

If you like these new Dark Ages Warriors you will probably like the first Dark Ages plastic set from Gripping Beast, this box set contains enough hard-plastic parts to assemble 44 Viking Hirdmen armed with swords, spears, hand-axes and Dane axes. 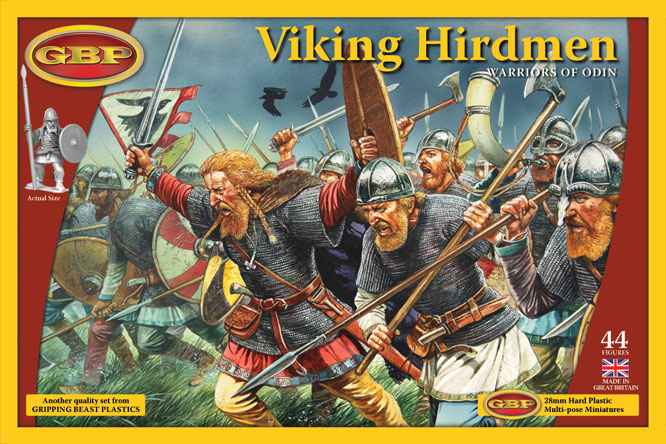 Hairy, berserk, and utterly brutal, these excellent plastic Vikings will lay waste to your opponents on the tabletop! Formed from the same high-quality plastic as our own Warlord Miniatures, these highly-detailed models will look fantastic on your side of the table as they cut and smash their way to victory for your Viking king. 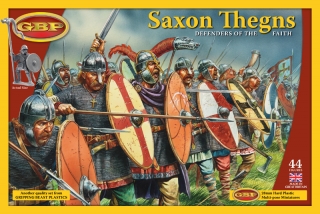 The Thegns (pronounced Thanes) were nobles of Saxon England who held land in return for military service. In times of war they served their Lords as the military elite of the Saxon armies. Highly trained and motivated it was the prowess of the Thegns that enabled legendary Kings such as Alfred The Great to drive back the pagan Viking invaders and Athelstan to become the first King of all England.