Hurling themselves into the shield line of their opponents these crazed/brave warriors are attempted to disrupt the enemy battle line. Adding bags of character and action to your Celtic warrior units or acting as dismounted chariot riders these are a must for any serious Celtic general. 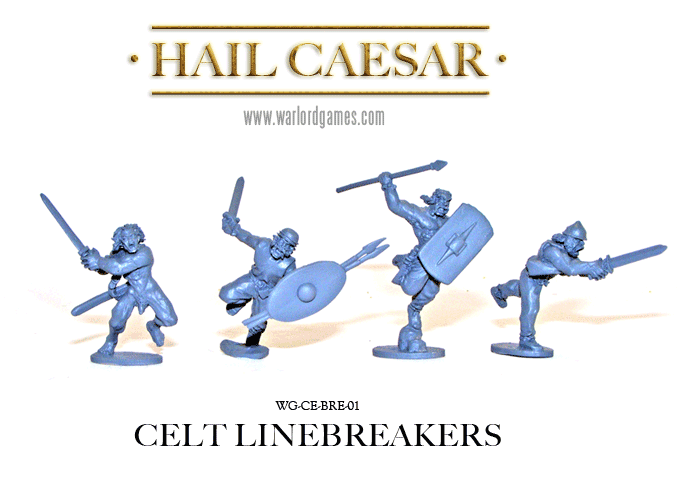 At the fore of an attack would come the Celt Linebreakers. These brave (foolish?) men would run forward armed with their swords and spears and disrupt the enemy battleline by jumping over shields and making a hole in the enemy line for their allies to push through. 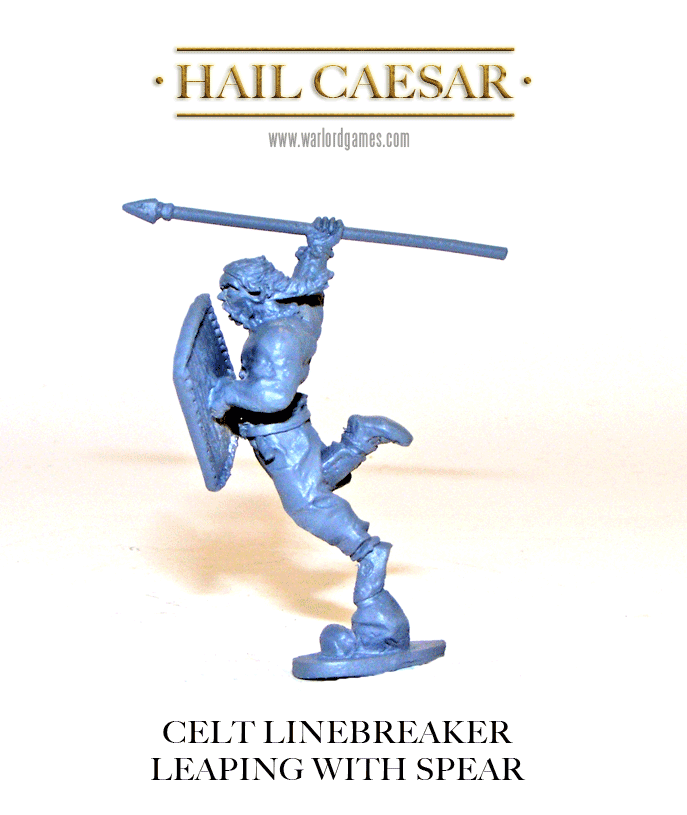 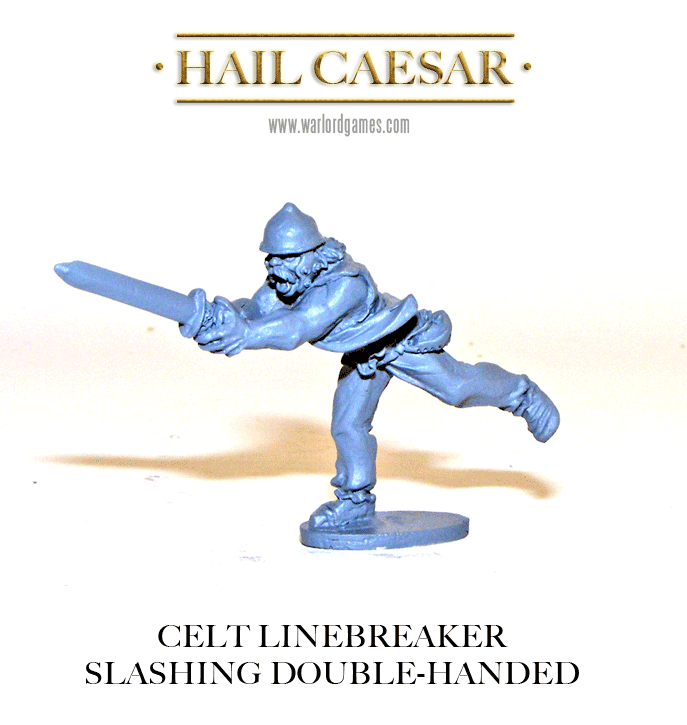 Our Linebreakers come equipped with sword and spears and two have a shield. They use our figrueheads system so you can swap heads around for even more variation.

Of course, nobody knows for sure how the Celts fought but given that they faced the serried ranks of Roman shields on a regular basis they would surely have tried to disrupt the battleline – these chaps are just right for the job! 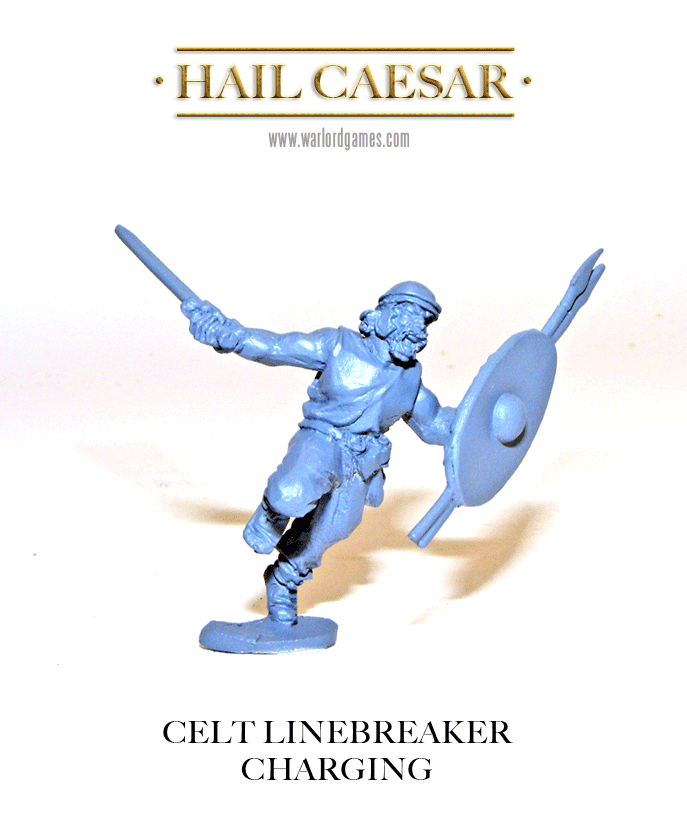 Pick up a pack here in the webstore!