Thundering onto the battlefield is this splendid Assyrian chariot – woe betide anyone getting in the way of this machinery of destruction!

Four horses, four crew and one devastating charge – the Assyrian chariots were the pinnacle of military engineering in their time and were put to good use on the field of battle. 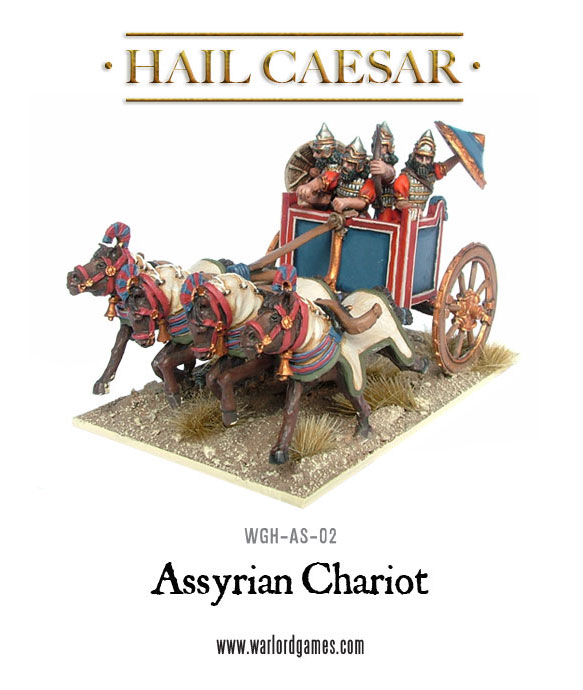 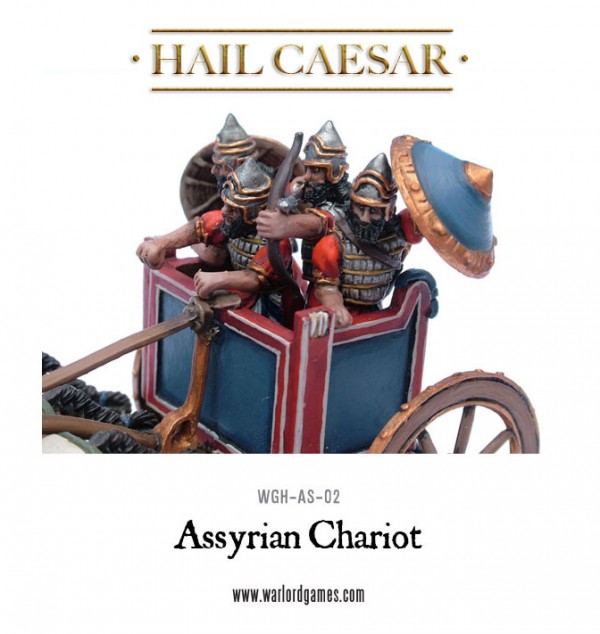 In the Assyrian chariots last incarnation it carried 4 armoured crew and was pulled by 4 armoured horses. Two of the crew members would have shielded the driver and archer from missiles as they charged into loose or broken enemy lines, often working in conjunction with cavalry. The crew would be Qurubuti, members of the kings royal guard. They would be equipped in the same manner as their infantry and cavalry companions. The archer does not carry a quiver, the arrows are stored in integral compartments on the outside of the chariot. Presumably drawing an arrow from your back would have been quite difficult in the cramped conditions. 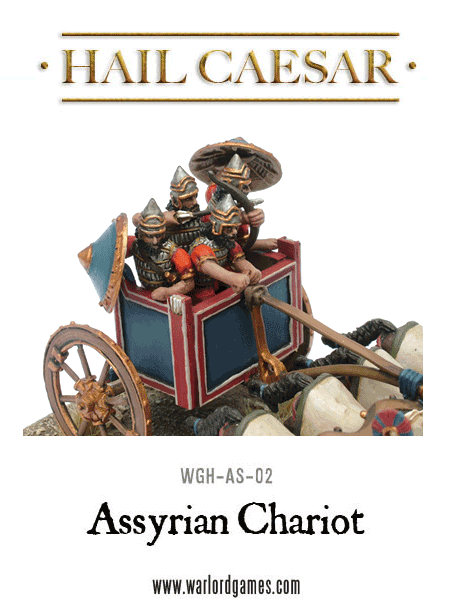 Depictions show the horses to be of the Oriental breed (characterised by the dished nose) and not Nisean as has been suggested. They wear felt body armour to provide some protection. Around their necks on collars are hung bells to add to the calamity of the charge! At the time, this was the height of military engineering and would have been terrifying to face on foot. Towards the end of the 7th century the Cimmerian and the Skythian invasions and the method in warfare they bought with them made the chariot obsolete. 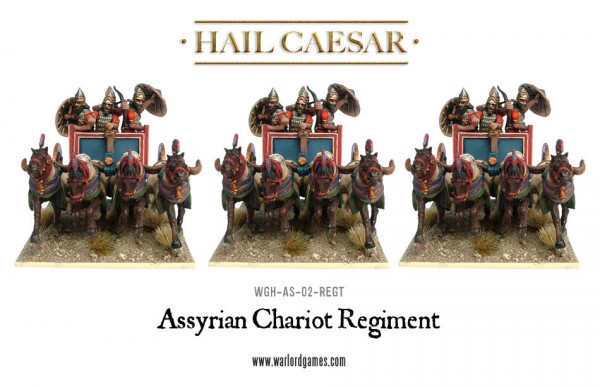 You can add these great-looking vehicles to your army singly or as a squadron of three (thus saving you money!). Head on over to the Assyrian section of our webstore to see what’s available.