Leading your Chaldean or Aramean troop, this new command pack will knock some shape into your unruly spearmen and archers! 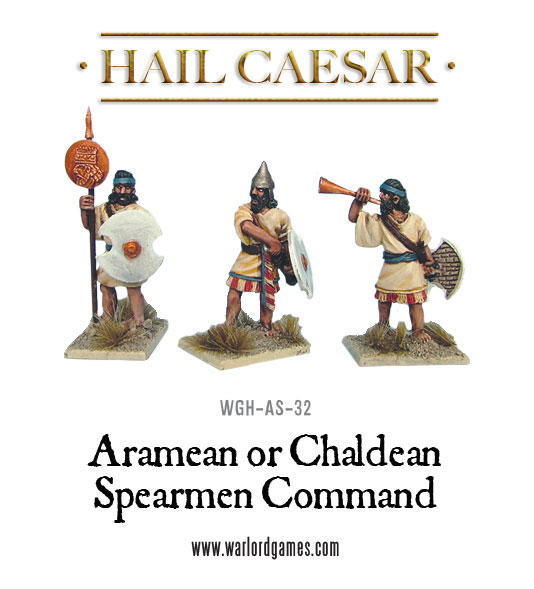 The Aramaeans and Chadeans inhabited the marshlands of southern Babylonia and were formed into numerous tribes. The Chaldeans were said to be more organised than the Aramaeans. By the time of the Neo-Assyrian empire the two cultures would have influenced each other quite heavily, as well as being influenced by the Babylonians and probably the Assyrians that claimed ownership of the region. 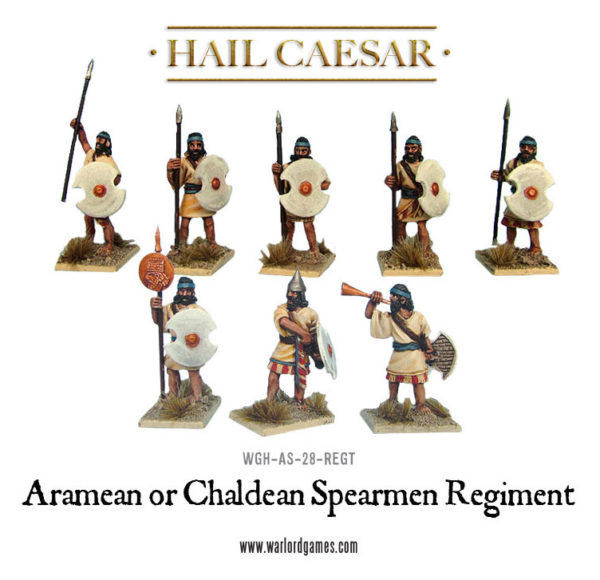 A few relief’s on show at the British museum show the Assyrian army on campaign in southern Babylon. Their opponents appear to be quite lightly armed and armoured. They all wear headbands and have some variety in dress, either with tassels hanging from their waist or decorating the hem of the kilt.The tasseled tunics are typical of Assyrian dress, but could be the fringe or pompon of the early Aramaean tribes.

The standard holds a representation of Marduk on a bronze disk to inspire his unit. The unit leader has been able to afford or acquired from an enemy, an iron helmet (strangely dull iron was not so desirable as the less protective, but more attractive bronze armour). Horns are known to have been used in war at the time for signalling orders.