Questing Knight Games (QKG) nestles in the historical Salopian market town of Wellington and it is Telford’s premiere games and hobby store. 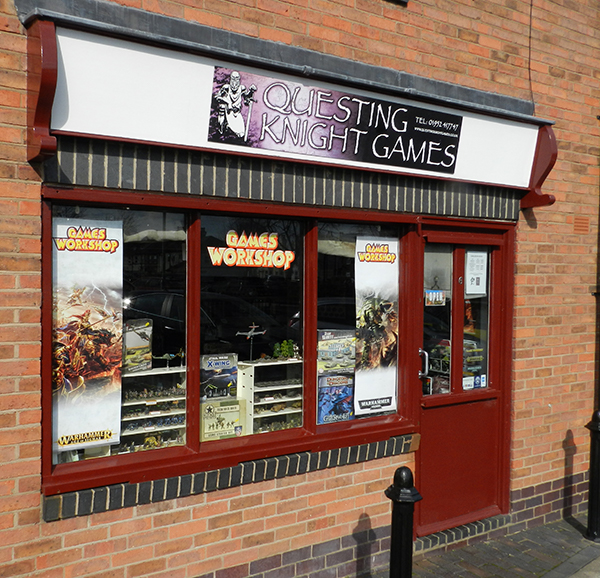 Established way back in September 1994 QKG is well established and respected in the local community. On entering the first impression is Wow! How can so much be packed into such a small area?!? Certainly within there is such a massive variety of different games and systems to behold. Questing Knight Games is literally packed from ceiling to floor with gaming goodness and specializes in miniature wargames, role playing games, card games, in fact just about any table top game of any period and of any genre. 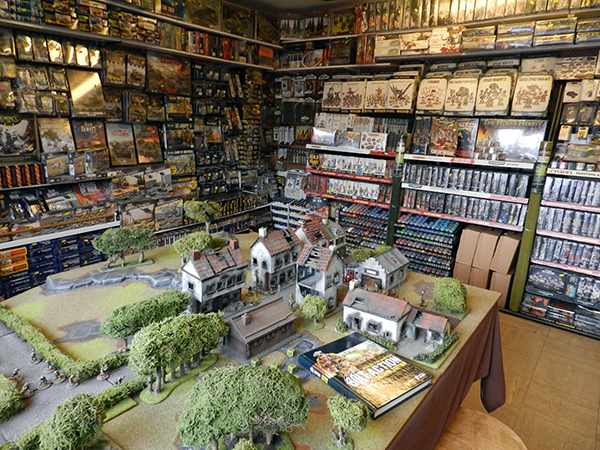 What makes the store so special is the owner, Alan Davies, who is the driving force behind the success of the store. Since the very first day QKG has grown in esteem and stature and Questing Knight Games is now a well-regarded and respected gaming store and is considered to be a leading outlet within the gaming industry and local community. This pedigree and respect comes from Alan’s extensive background knowledge gained through many years of being associated with military modeling and the hobby itself.

Being small has its advantages. Alan is most discerning about products he stock with quality being of great importance. Warlord miniatures is one of the ranges that is well supported in store and with orders being placed on a regular basis if an item isn’t in stock then it can be ordered and generally will have arrived in store within a week. 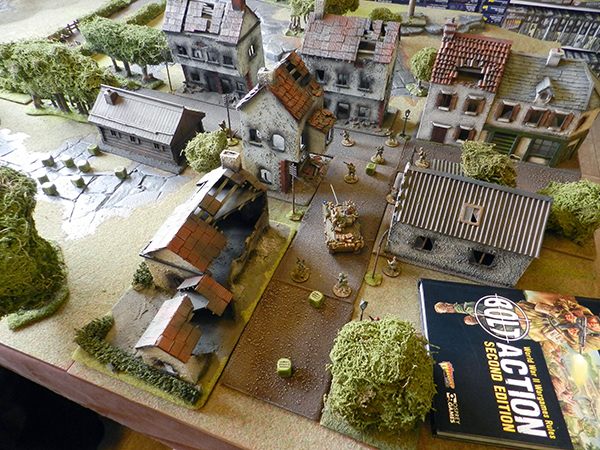 Questing Knight Games high standards resound through the club and people from 8+ play games where the emphasis is fun.

One of the more noted philosophy of the store is that everyone that comes through the doors is acknowledged and treated with respect. Alan and his staff have such a wealth and depth of knowledge and it shows.

They are always ready to give advice and support people in pursuing their hobby and to help those wanting advice on how to build and develop their armies and they will give counsel to any army commander in the tactics and strategies for when they lead their troops into battle!

Don’t know how to play? Then there’s an open invite to pop into store and enquire about introductory games! There’s always someone around who knows something about any game. 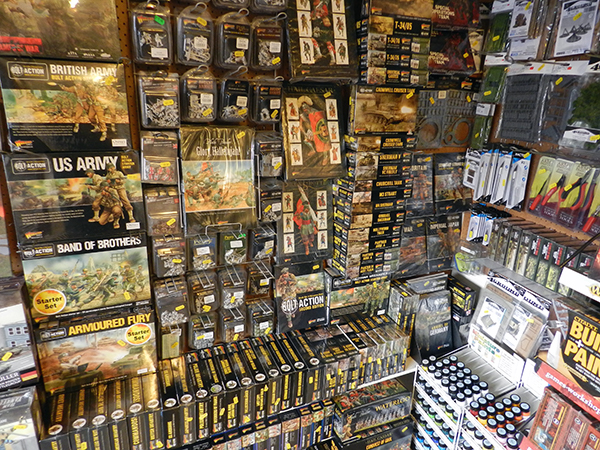 Questing Knight Games has a pivotal role in the local wargames club STAGS (Strategic, Tactical Adventure Gaming Society). Here games are played every Sunday fortnight from 11.00hrs to 15.30 and more recently every Fridaynight 19.00hrs to 22.00hrs. Games played on Sundays focus on wargames whilst Friday night is for board games, card games and primarily games that don’t use terrain.

Questing Knight Games high standards resound through the club and people from 8+ play games where the emphasis is fun.

On Saturday 3rd December QKG will be hosting a Bolt Action day in store and supporting Wellington Comic Con. This is the first event of it’s kind to be held in Wellington, Telford.