Smash the enemy with your new mercenaries for hire, the Landsknecht Starter Army stands ready at your beck and call. 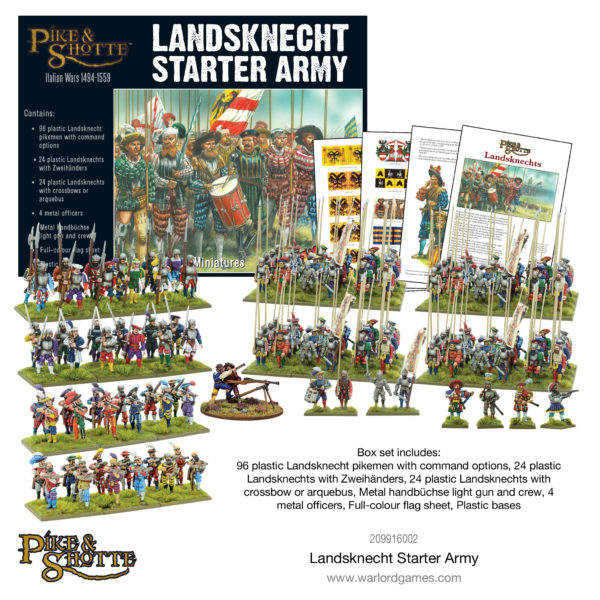 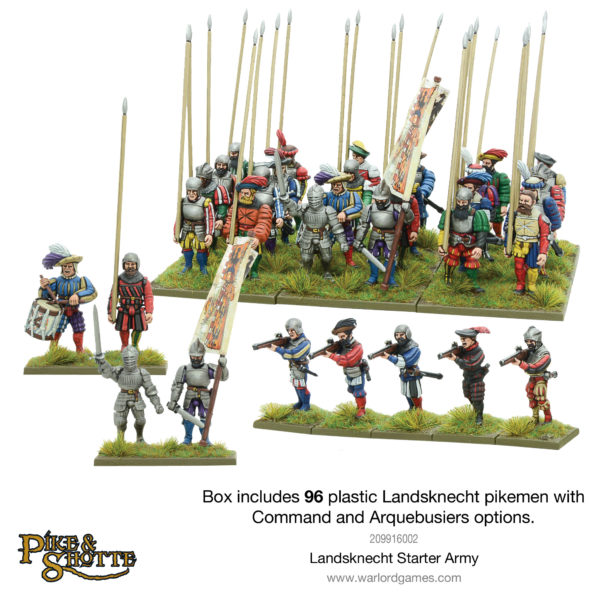 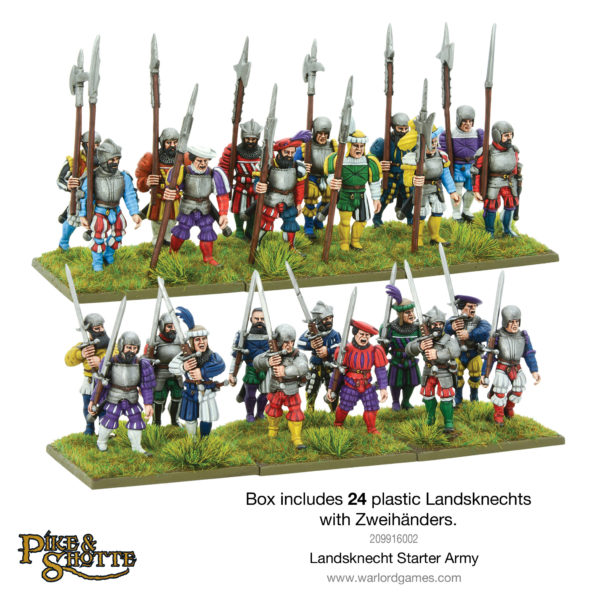 The toughest of a rough bunch were the veteran Doppelsöldner – soldiers on double pay. Their extra payment was for volunteering to fight in the front ranks and the inherent risk that entailed. The trick was surviving to claim the extra pay! 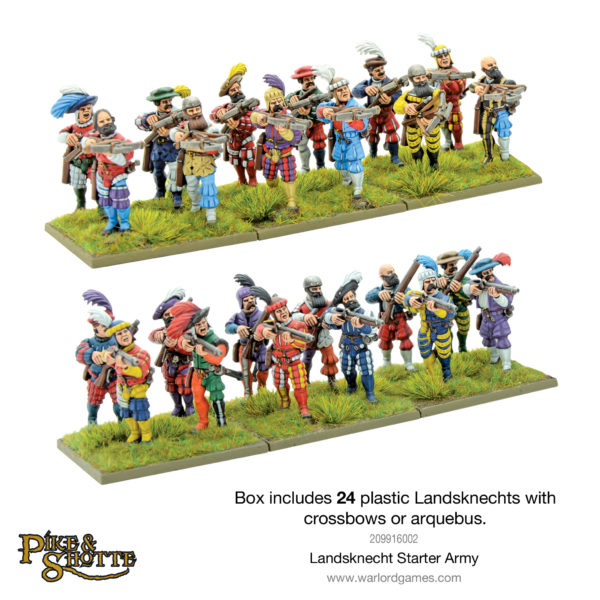 Doppelsöldner would most often be armed with the ranged arquebus or crossbow and arrayed in front of the main blocks of pikemen. Alternatively they may be armed with the vicious six foot long two-handed swords, the Zweihänders, or equally long halberds. Zweihänder-armed Landsknechts would generally be found in the front ranks of the pike blocks or occasionally detached to form their own unit for special roles as well as providing protection for the unit’s colour party. The famous German mercenaries, the Black Band, included 2,000 two-handed swordsmen. 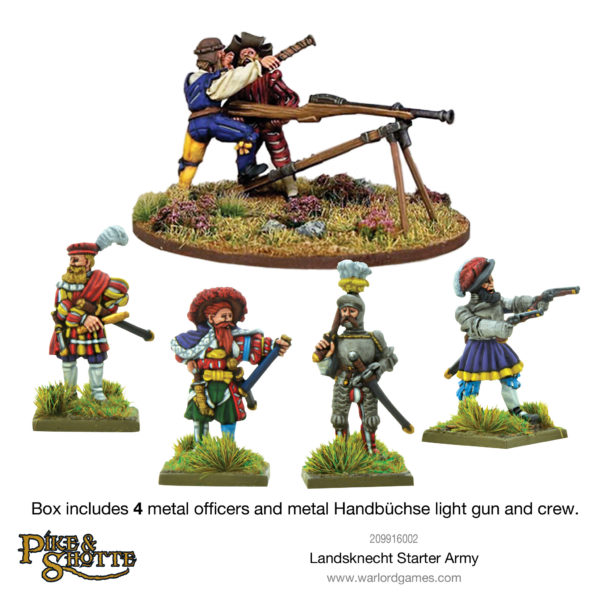 The Landsknechts, as well as other troops, made good use of the crossbow and then latterly the new arquebus black powder weapon as skirmish screens ahead of the blocks of pikemen or as tactical units in their own right. They were equally useful during sieges. 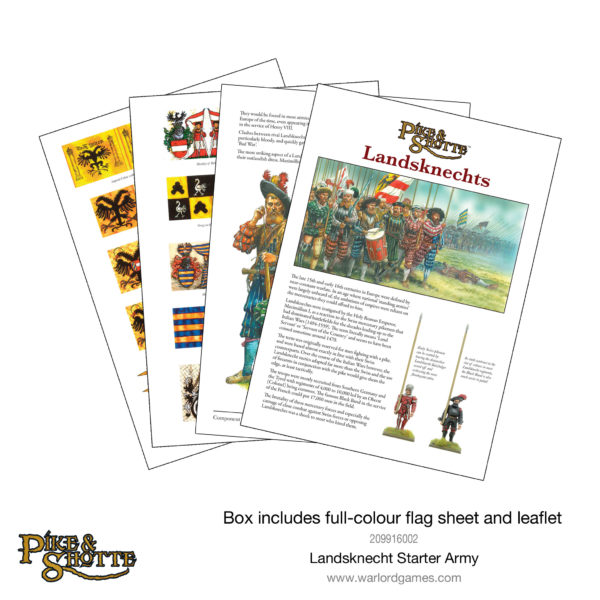 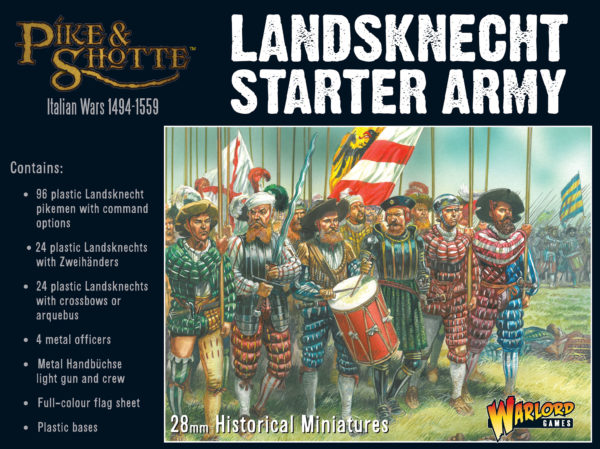 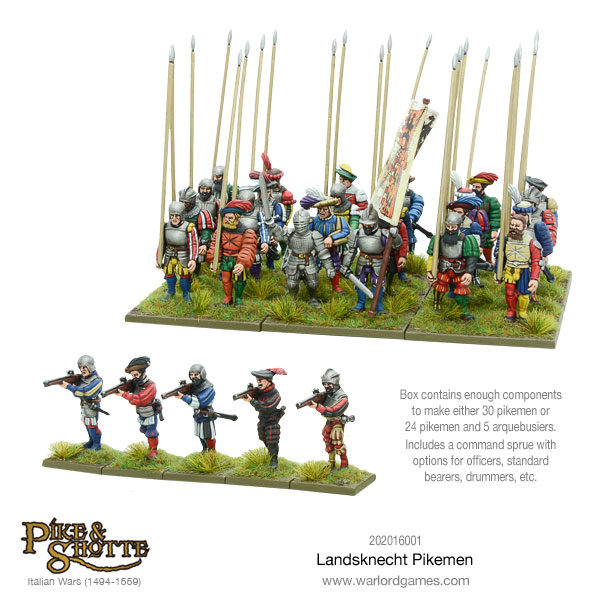 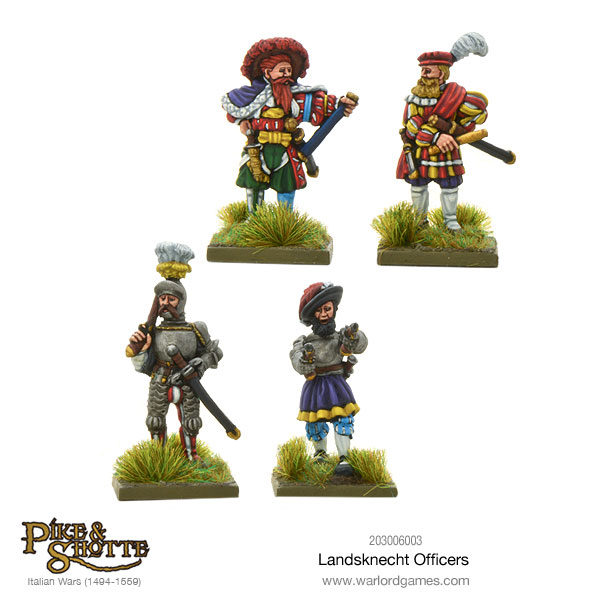 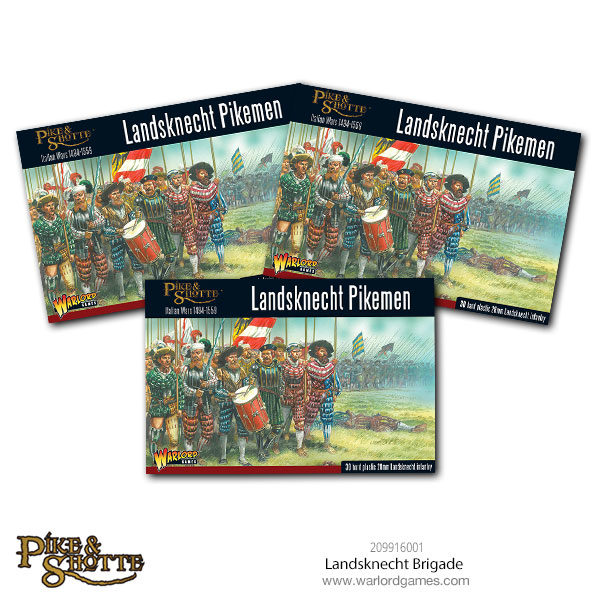