Heroes of Normandie landing on your table top today!

From Devil Pig games comes the Heroes of Normandie board game! 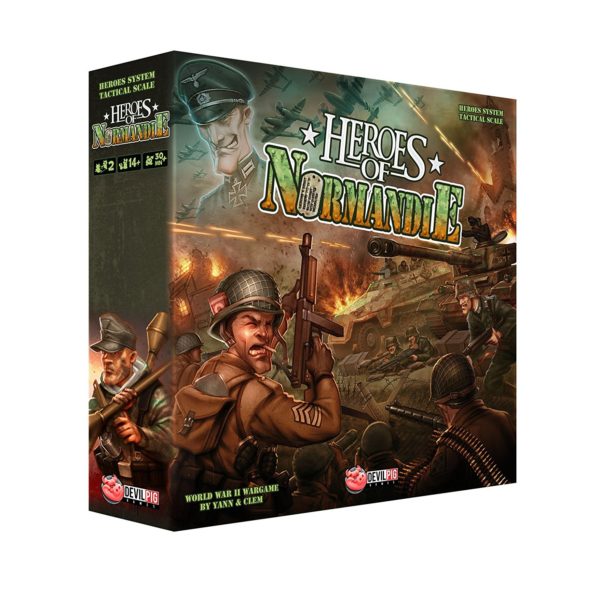 A wargame in the tradition of the classic Hollywood war movies.

Just beyond the Normandy Coast in the beautiful summer of 1944… The sun shines, the daisies bloom, the hedgerows stand tall. Early in the morning, distant machine guns chatter sporadically, and the boom of distant explosions rumble in the sky. Thousand of men battle one another and die, in bravery or in cowardice, as Heroes or simply as men.

In our story, we leave out the extras and focus in on the Heroes who populate the classic Hollywood war movies, from the supporting actors up to the stars. A Bridge Too Far, The Longest Day, Patton, Kelly’s Heroes, Saving Private Ryan. These films are our inspirations, and this is what we have given you in Heroes of Normandie!

In order to reproduce the atmosphere of these timeless movie classics, we stepped up the pace of the traditional war game. We have provided you with everything you need to make even the smallest scene explosively exciting! We want you to grin with delight as you mow down those invading GIs with your MG42, or when you bombard those Nazi swine with your bunker smashing mortar fire! 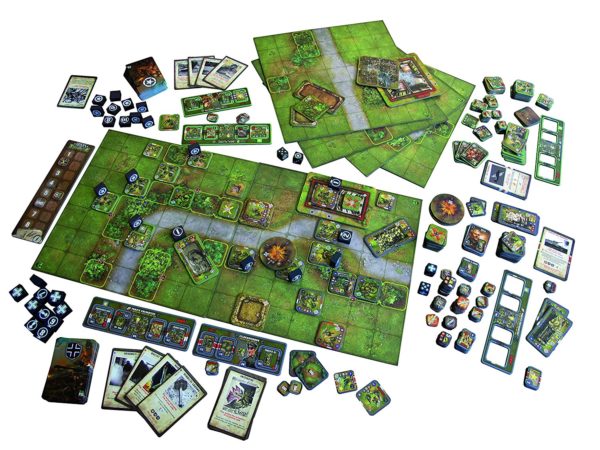 Making a total of 255 pieces for almost 6 pounds of war game gear! 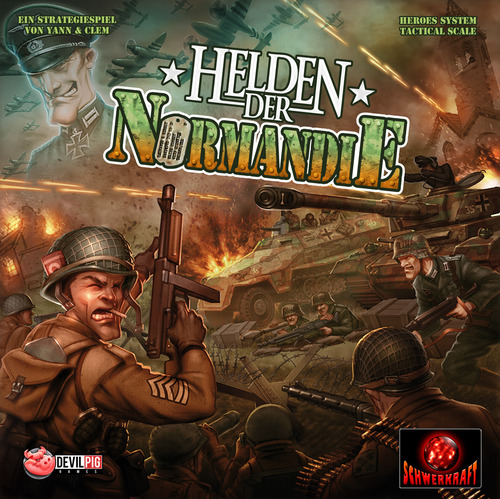 The time is summer 1944. The Sun shines on Normandie hedgerows. Gentle wind, fields of bright flowers, and in the background, the romantic staccato of machine gun fire in the morning. In these typical French countryside landscapes, thousands of men are about to fight. And die. Bravely like heroes, or cowardly like wussies. But only heroes really matter. Those you see in Hollywood Golden Age war movies. Here lies the inspiration for Heroes of Normandie; here is what the game has to offer: explosive and fast-paced battles; the pleasure of butchering your enemies through MG42 walls of lead; and the ability to crush Nazi bastards under tons of shells – basically, blood and guts.

A miniatures game without miniatures, Heroes of Normandie is a fast-paced WW2 strategy wargame inspired by Hollywood war movies. A tactical scale board-game opposing two players and two armies, with the Germans on one side and the Americans on the other. Players use order tokens to determine initiative and to bluff. While a single six-sided die determines combat, action cards are played to spice things up. Secretly plan your attacks and outwit your opponent. Block the opposing strategy and surprise the enemies. Deploy your units and don’t turn back!