We’re trekking across dark and bloody ground this week, hot on the heels of legendary light infantry commander Robert Rogers!

The legends of Robert Rogers and his Rangers have grown in the centuries since they stalked the North American woodlands in pursuit of marauding Indians and dastardly French guerillas. They are widely regarded as peerless trackers and marksmen, able to beat the native American at his own game and outfox Langy’s irregulars.

In actual fact, the truth is somewhat less impressive – while some successes can be attributed to the Rangers and other light infantry units of their ilk, they lost as much as they won, and presented no end of discipline problems for the regular British forces in the colonies.

Robert Rogers was an exceptional commander of light infantry – his standing orders are still printed in the handbooks of the US Army’s 75th Ranger Regiment – and his performance during the French-Indian War showed the potential of light infantry units, laying the groundwork for such illustrious units like the 60th American Rifles and the green-jacketed 95th Rifles. 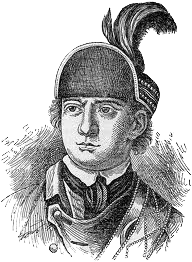 Born in humble circumstances to a pair of Ulster-Scots settlers, Rogers grew up in the wooded hills of Massachusets, relocating to New Hampshire when he was 8 years old. As a callow youth of 15, he served as a private in Daniel Ladd’s Scouting Company, guarding the New Hampshire frontier during the War of Austrian Succession.

It was not unknown for rangers, especially the officers, to keep dogs, who proved very useful both in tracking and to give early warning of the
enemy in the dense forests. Cadet William Stark kept a wolf-dog named Sergeant Beaubier, or Boo Bear. he accompanied stark on all his ranging expeditions and was present in several of the Rangers’ battles, apparently accounting for his fair share of enemies too!

When he became a Captain in Rogers’ Rangers in 1758, Stark returned ‘Sergeant Beaubier’ on his muster roll and apparently drew pay and rations for him.

It’s a dog’s life in the rangers!

Rogers took command of his Rangers company during the winter of 1755, immediately drilling them in the sort of fighting they would find on North America’s snowy frontiers. They became proficient in using canoes and snowshoes while also focusing on fieldcraft and marksmanship.

The Rangers served in the north and west for the duration of the French-Indian War, fighting numerous skirmishes to protect the frontier and outlaying forts from guerillas. Roberts struggled to adjust to civilian life and participated in Pontiac’s Rebellion and the American War of Independence. 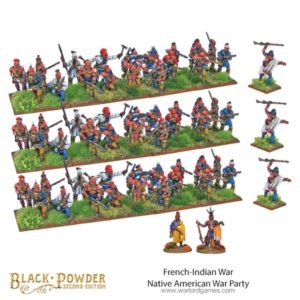 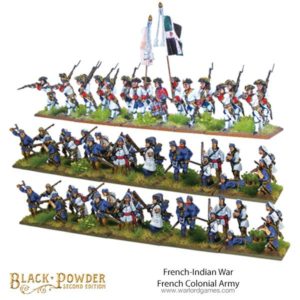 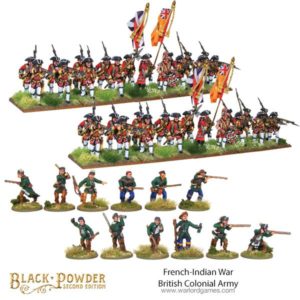 Tom spends most of his time buying books and painting miniatures. He enjoys putting animals on the bases of his miniatures and half-finishing side projects. Some say that he lives in a tower on top of some windswept northern hill with his wife and cow-patterned cat, Spaghetti.
View Profile | View all posts by Tom Mecredy
Spotlight: Pike & Shotte Galloper Guns
New: Bolt Action FAQ & D-Day Event Pack