We narrowly missed the deadline for getting pics of painted models from our  Napoleonic Prussian Landwehr in last week’s newsletter. So, it’s only right and proper we show them off now! 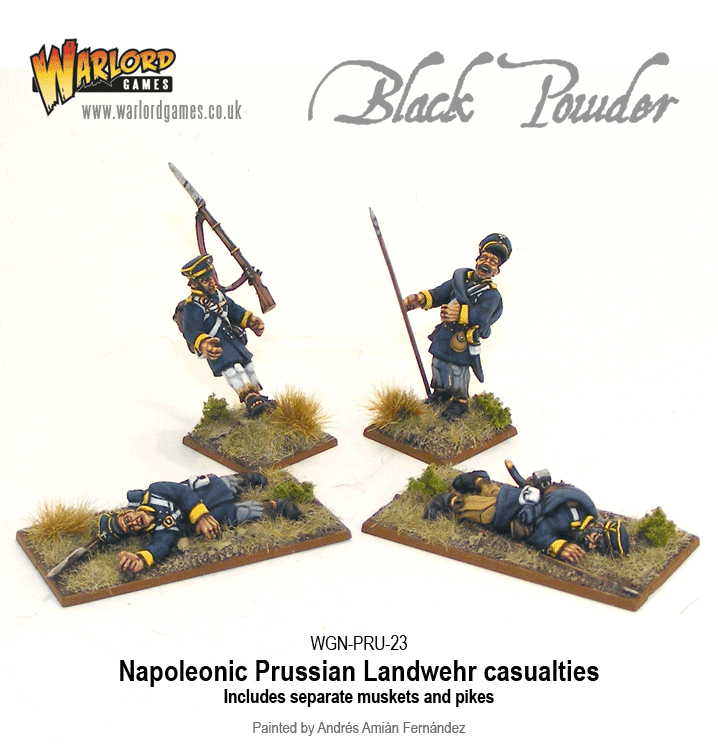 Andrés has done it again, this time taking his skilled brush to our Prussian Up Daisies pack!

A great pack to add flavour and character to your brave Prussian lads. It has ten dead and wounded fellows, made up from an assortment of the 4 models shown here, and includes a mix of muskets and even some pikes, so poorly armed were the Militia in their early days. These would look great in your unit today, so head here and pick some up! 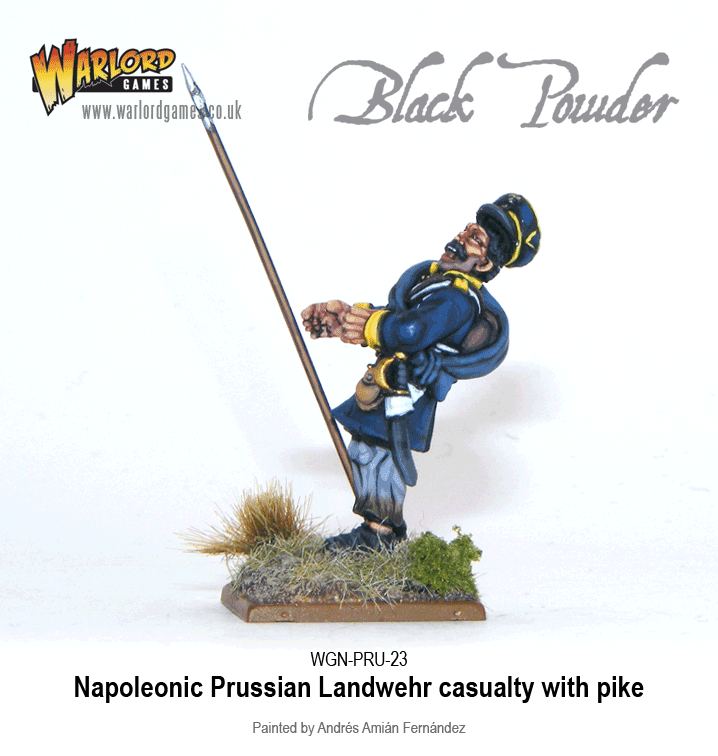 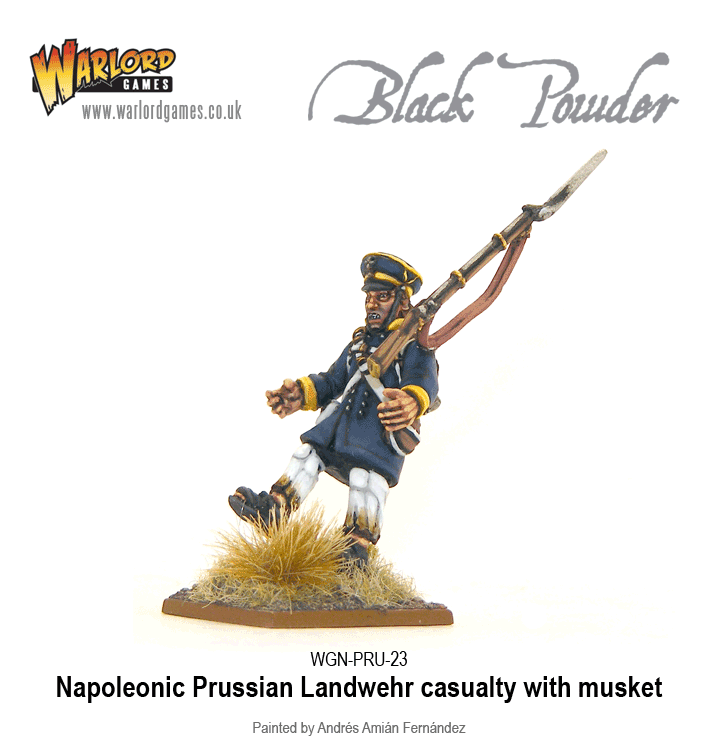 The pack also contains separate muskets and pikes so you can make each different as suits your regiments. As you can see from Andrés’ work there are plenty of ways to use them! 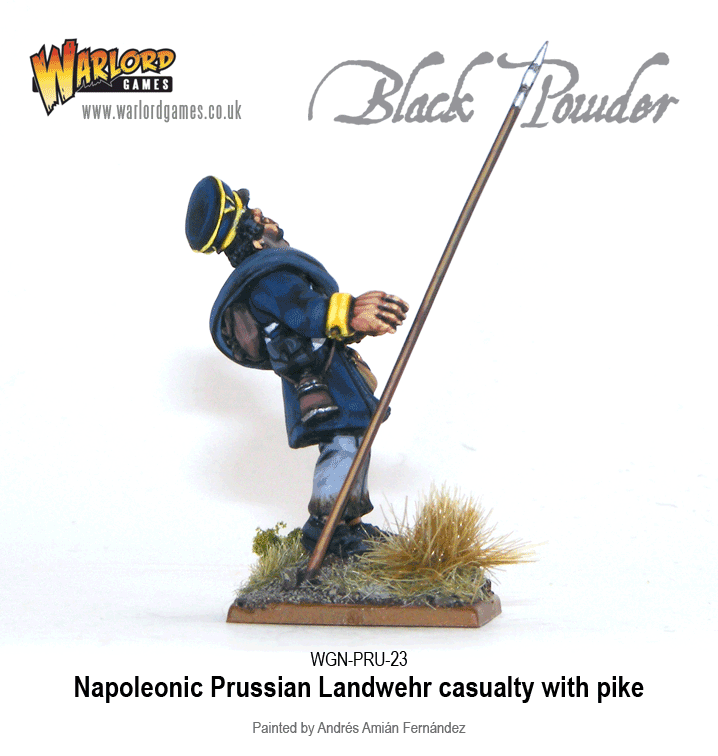 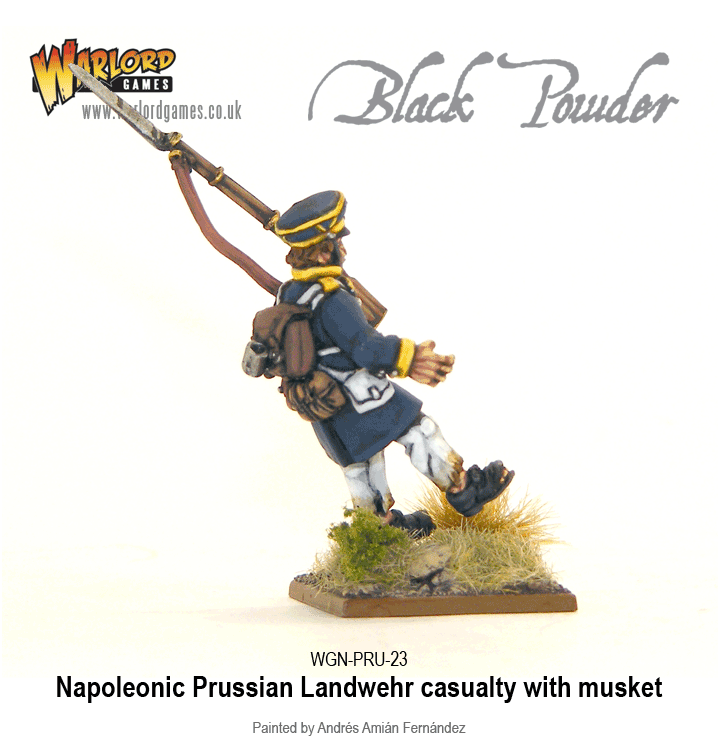 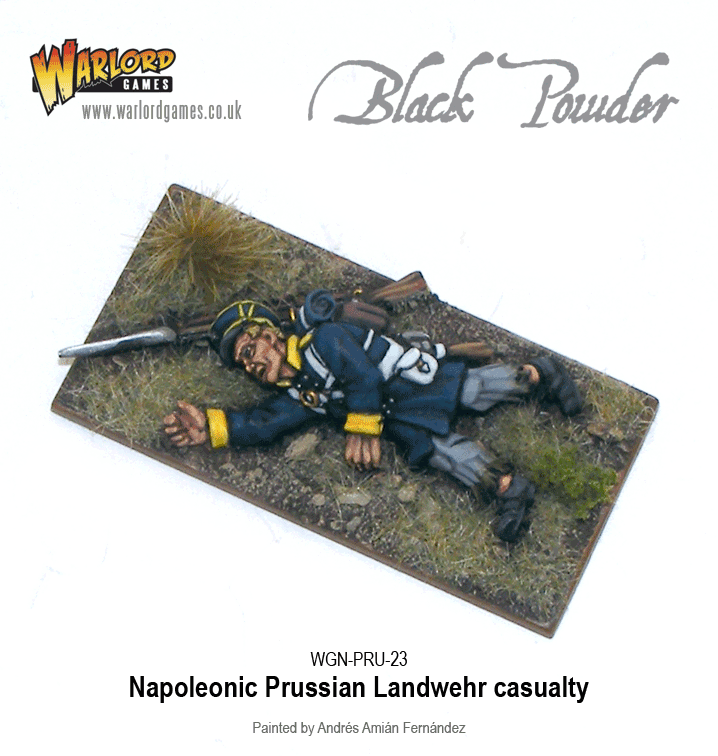 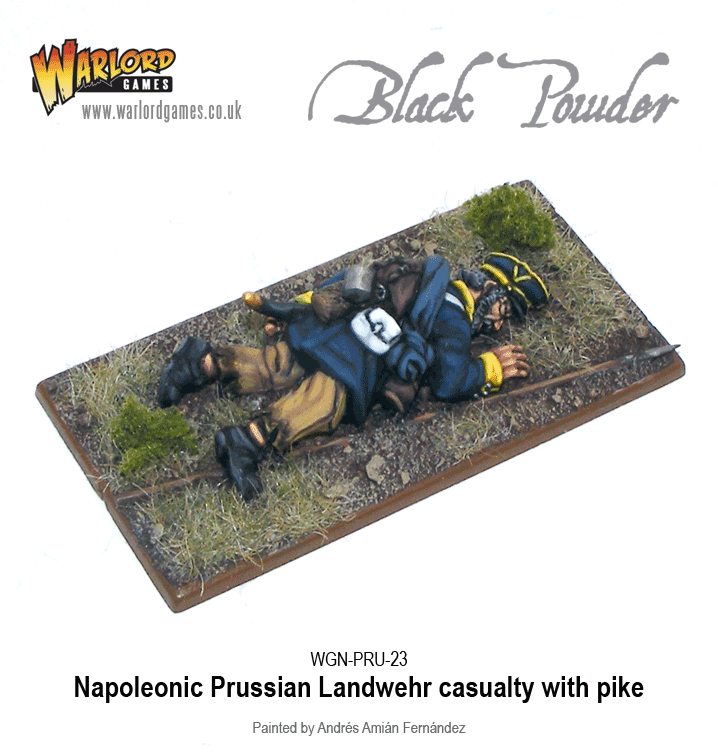