Frontline Report: What is Erehwon?

We took the opportunity to sit down with Rick Priestley, the devious mind behind the brand new fantasy game Warlords of Erehwon, and get an inside look at what’s coming in the book!

We’re all familiar with the work of Rick Priestley. He’s written a whole shelf of wargames across the years, including the stellar horse and musket game Black Powder and our outstanding science-fiction rules – Beyond the Gates of Antares.

Warlorder Tom has been chatting to Rick about Warlords of Erehwon, our brand new fantasy game. 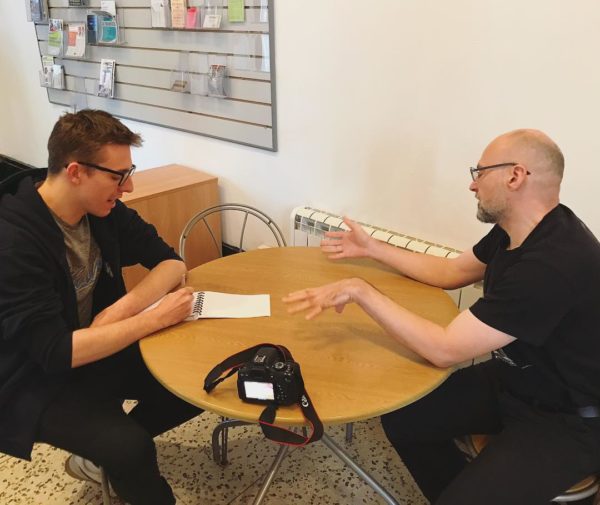 Tom: So Rick, how did Erehwon come about?

Rick: While I was writing and playtesting the Beyond the Gates of Antares system, it occurred to me that it would make for an interesting fantasy game. So with a bit of tinkering, we shifted the balance about a bit and we had the makings of a game.

Tom: What are the main differences between Erehwon and Antares?

Rick: Antares is a game of position and manoeuvre, with an emphasis on long-range weapons fire and taking cover. In Erehwon, I re-wrote the system to shift the emphasis from ranged weapons towards hand-to-hand combat. We’ve also added all the main fantasy trappings like chariots and big scary monsters.

Tom: What was it about the Antares system that made it so easily adaptable to fantasy?

Rick: As it’s a d10 (ten-sided dice) system, Antares has a tonne of built-in flexibility. You get a good range of stats which allows you to account for things like puny goblins and fire-breathing dragons. It’s very adaptable which gave me plenty of options for creating army lists.

Tom: What table size and basing conventions does the game use?

Rick: We’ve tested it on 4×4′ and 6×4′ tables and it’s worked fine – much like Antares it’s a warband-scale game with a few dozen models aside, so you don’t need a huge amount of room to make the game work. As for bases, you won’t need to rebase anything – circles, squares, triangles or hexes – so long as the models are individually based, it won’t have any impact on the game.

Tom: What inspired the world of Erehwon?

Rick: I wanted to hark back to classic fantasy wargame and create something that was compatible with the vast collection of figures we’ve all assembled over the years. It broadly encompasses all fantasy, looking back to the classic stories that inspired us back in the day.

It’s a portmanteau universe that gives players the opportunity to bring their own ideas to the table and make their own narratives based on the figures in their collection. It’s very tongue in cheek – I’ve been inspired by Terry Pratchett and Robert E Howard, along with classic fantasy games like old-school Warhammer.

I think the biggest omission from the universe is the occult – I’ve not included any angels or demons. There wasn’t really room in the book and it forces the narrative in a certain direction – something I didn’t want to happen.

Warlords of Erehwon will be available to pre-order this Friday. You’ll be able to get the core book and FREE special edition miniature titled “Arise Oh Restless Dead.” 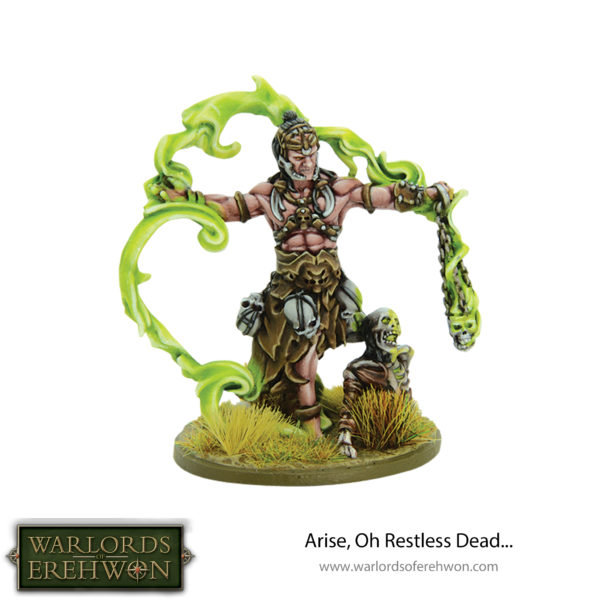 The first 500 people that buy the book and any of the launch bundles will receive a FREE sprue of plastic orcs or skeletons along with their order. 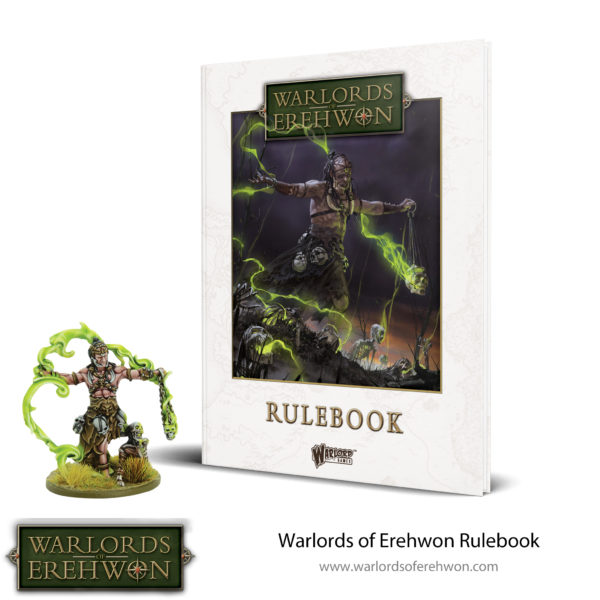 In addition, anyone who pre-orders between 4pm on Friday 14th December and midnight on Sunday 16th December will get their rulebook signed by Rick Priestley himself!

Tom spends most of his time buying books and painting miniatures. He enjoys putting animals on the bases of his miniatures and half-finishing side projects. Some say that he lives in a tower on top of some windswept northern hill with his wife and cow-patterned cat, Spaghetti.
View Profile | View all posts by Tom Mecredy
Spotlight: The Regia Marina in Cruel Seas
Warlords of Erehwon: War is Coming!