This week, we’re looking at the veteran Jedburgh teams that supported the French resistance during the Allied invasion in 1944!

There were several resistance movements throughout occupied Europe. With their ability to disrupt German communications and movements from behind enemy lines, they were a critical resource to the coming invasion. Their members were also at high risk of being captured and killed. The Allied high command realized that without help, many of these groups would eventually fade out. To keep this from happening, a joint operation between the US, Britain and France called ‘Jedburgh’ was formed. 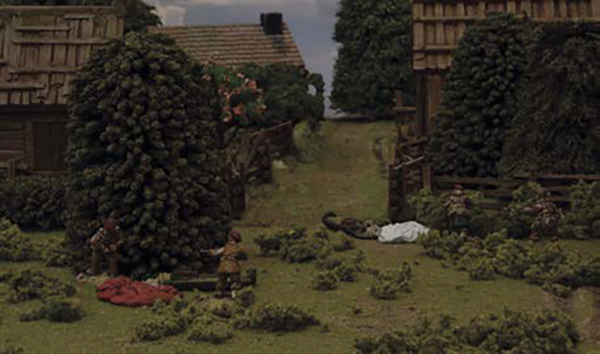 The mission was to parachute small teams of specially trained commandos behind enemy lines. These teams would assist the guerrilla fighters by training them and arranging supply drops. The radios they carried provided a crucial link between the guerrilla resistance and the Allies. It was a dangerous mission, made all the more hazardous by the fact that they fought in uniform as opposed to sneaking in disguise. The men chosen for this duty had to be proven veterans and were then put through a rigorous training process to make sure only the best made it to a team. 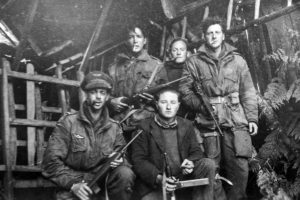 Jedburgh teams were equipped by both the American and British armies, leading to some variation in their uniforms and equipment.

These Jedburghs are armed and outfitted like the British airborne units, the trademark maroon beret replaced with a black one from the Royal Armoured Corps. This included the iconic camouflaged Denison smock, prized by its wearers. They carried the following equipment:

Teams outfitted by the US wore uniforms similar to US paratroopers, augmented with a wide variety of US-made equipment. A US-outfitted operative would carry the following equipment:

These veteran commandos make a characterful addition to any Allied army – use them to represent Liaison Officers in a partisan force or as a Forward Observer in an airborne force.

Here are some of the miniatures you could use for your own Jedburgh team! 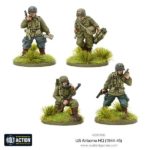 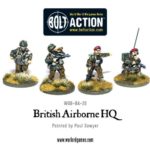 A Jedburgh team would make a fantastic starting point for a Firefight! force – perhaps supported by a few partisans. Grab the rules here: 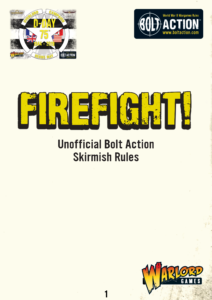 Tom spends most of his time buying books and painting miniatures. He enjoys putting animals on the bases of his miniatures and half-finishing side projects. Some say that he lives in a tower on top of some windswept northern hill with his wife and cow-patterned cat, Spaghetti.
View Profile | View all posts by Tom Mecredy
SPQR Talent Focus: The Brawler
Warlords of Erehwon Halfling Warband