Mountain Gremlin Games is hosting a Doctor Who games night on the on the anniversary of it airing on TV!

Here is a message from them talking about the store and this event! 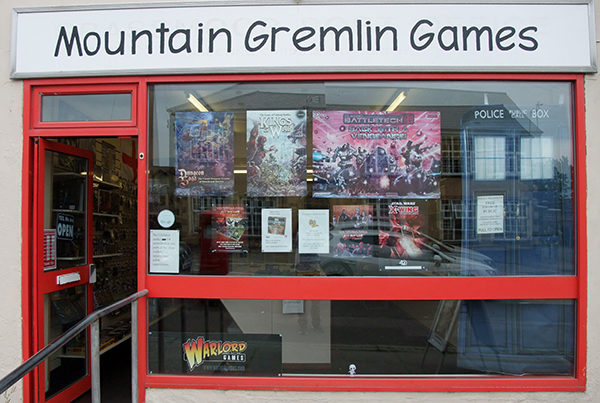 A familiar story to you all I’m sure. I’m a tabletop gamer who started with some familiar titles back in the late 80s/early 90s, one or two of them may have been written by Rick Priestly.  I always wanted to run an independent games shop, like the one I used to go to as a teenager.  I learned so much there about gaming, painting and the variety of gaming products.

I have always been a massive Doctor Who fans and when Warlord Games released their range of figures I knew I had to stock them.  I even asked one of the store regulars to pick me up a copy of the game when it was released at Salute in London earlier this year.  Of course, this became a store copy.   The miniatures cast for this range are among the finest castings I have ever seen.  The detail is amazing. 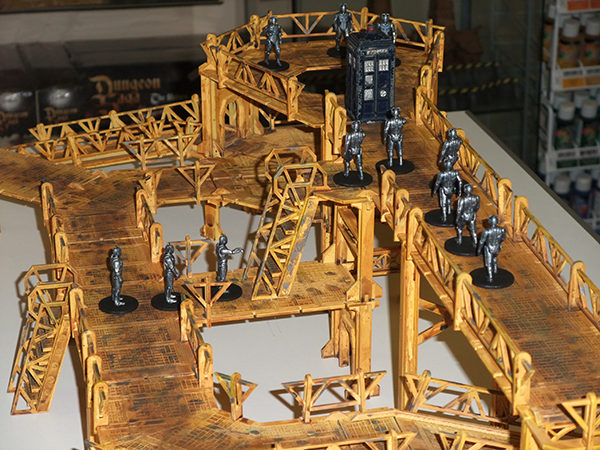 One of the great things about Warlord skirmish games is their openness and accessibility.  The recruitment cards on Doctor Who or Project Z, for example, saves valuable game time, by having the stats in front of you.  Also, the specialized dice make the results of any particular role obvious.  This is really helpful when explaining a game to new players.  We hold regular games nights in the store and at the time of writing are planning on holding a Doctor Who anniversary games night.

My store philosophy is: 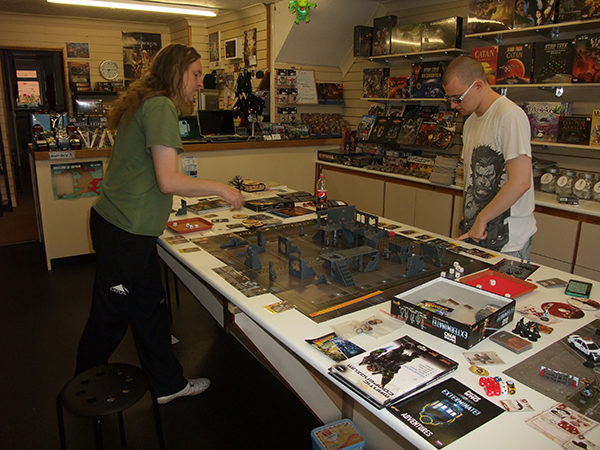 My customers and I are looking forward to Blood Red Skies.  The gameplay looks interesting and the miniatures are amazing.  This will be for many people an accessible game for WW2 aviation and a long-awaited accompaniment to Bolt Action.  If you haven’t seen any of the promotional videos for this I strongly advise it.
My store faction for Doctor Who is the Cybermen.  It is my personal goal to upgrade every possible creature in the game.  They are also very easy and quick to paint, useful for a store owner with less and less time on his hands.  In the future, I hope to have a store Doctor painted alongside some Daleks. 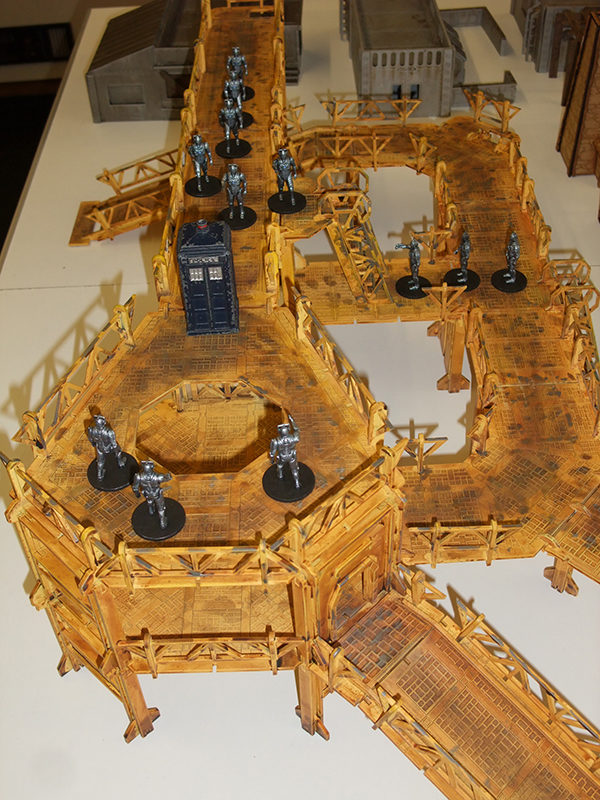 If you are passing please do pop in for a cuppa and a game or two.  We can be found just outside Chesterfield town centre.  If not you can order online probably not tea though, if the postman doesn’t drink if it may be cold when it arrives.
Mountain Gremlin Games
230 North Wingfield Road
Grassmoor
Chesterfield
S42 5EW