To accompany the release of the Bolt Action Campaign book: Stalingrad, Join us here at Warlord HQ for a day of Stalingrad themed Bolt Action Gaming. 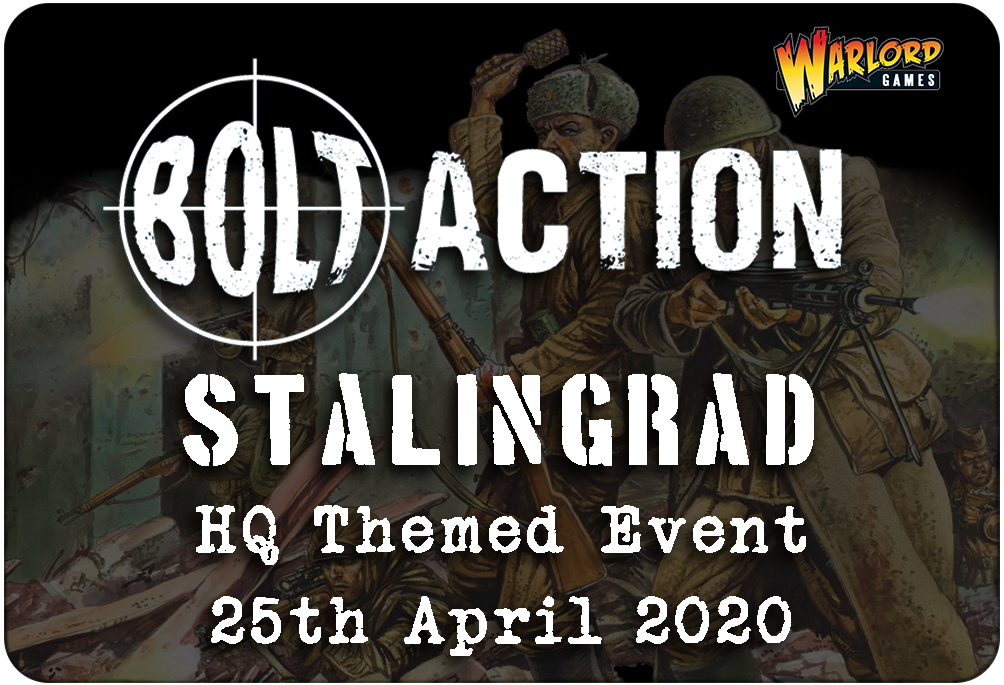 You’ll have the chance to rewrite history and claim the city of Stalingrad for the German War Machine, or stoically defend against the invaders as the dependable Soviet army.

Ticket holders will take part in three games over the day to determine ultimate victory. Players will need an appropriate Soviet or German Bolt Action army of 1000 points. Tailoring of your army to the historically available forces during Stalingrad is encouraged but will not be enforced.

The top two tables at this event will be specially themed to represent two key Stalingrad locations:

Don’t miss your chance to take part in this great themed event.

You will need to purchase a ticket for your chosen faction. There are only 15 of each ticket available, so don’t delay!

Fight for the Allies 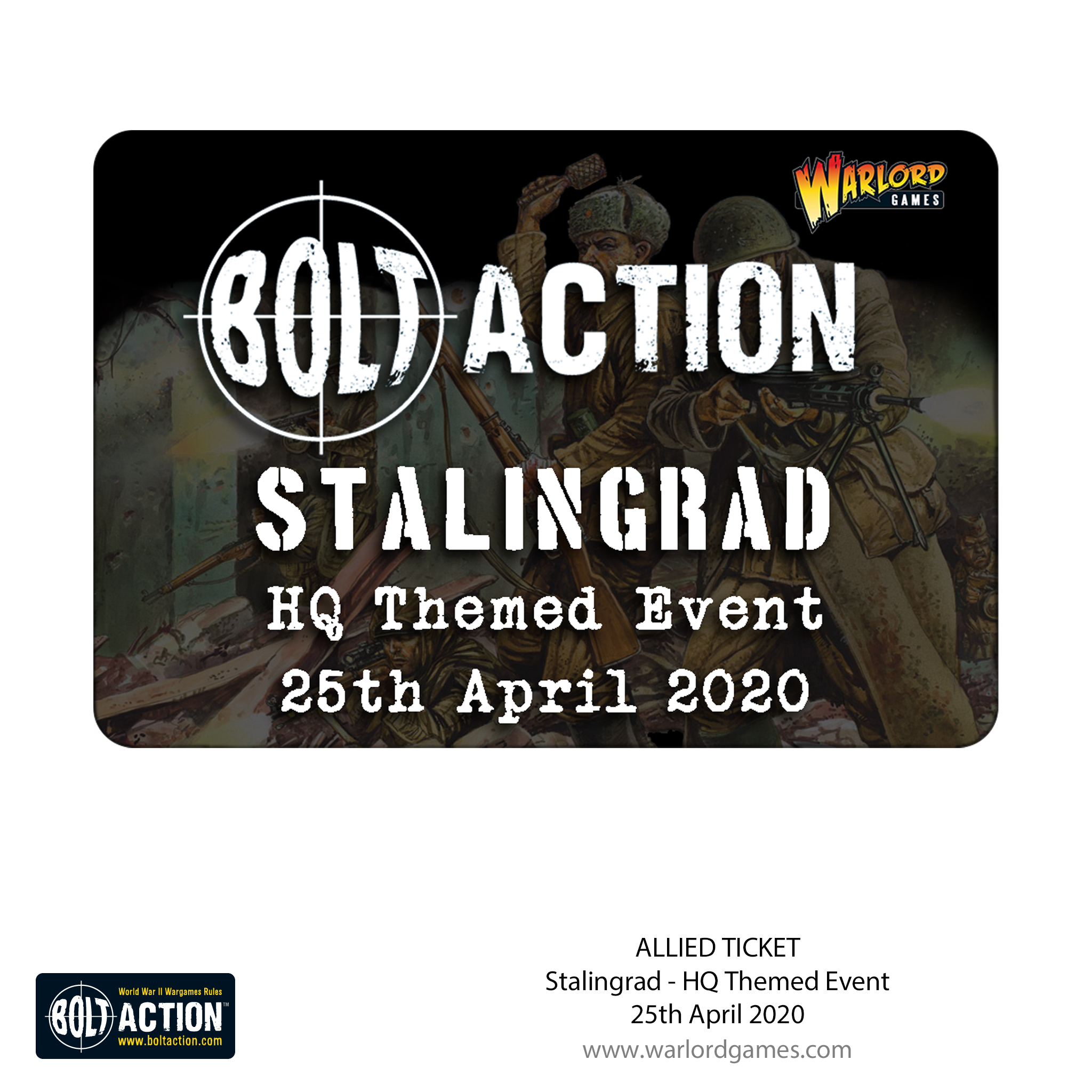 Fight for the Axis 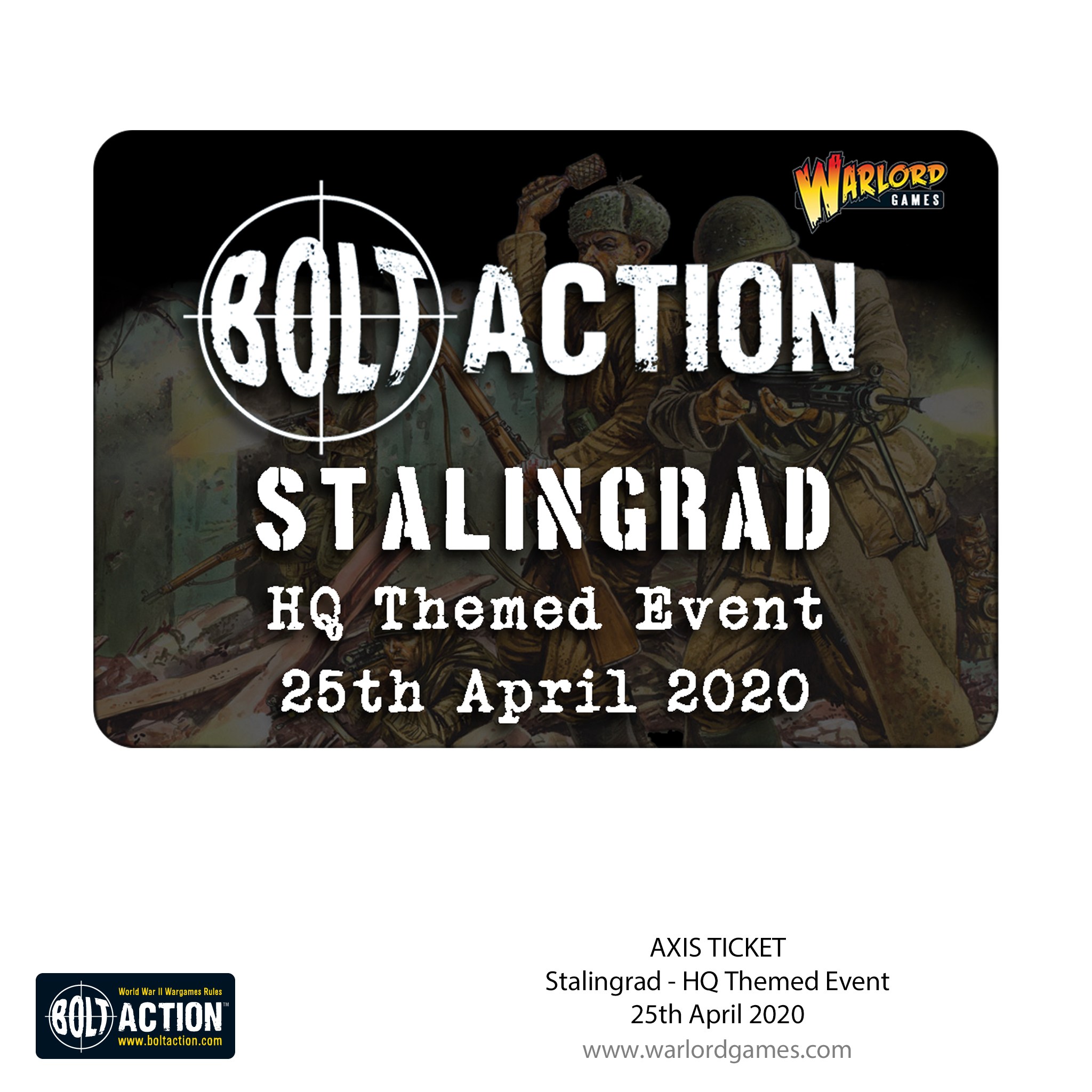