Doctor Who Into The Time Vortex: An interview with Paul Sawyer (Part 1)

Last week I met with our head of product design, Paul, for a chat about the Doctor Who range and posed him some questions. Here are his responses:

Q. Tell us a bit about the history of warlord games and what led you to secure the who licence?

Warlord Games was established by myself and John Stallard in 2007. We had both previously worked for Games Workshop before being made redundant, so we set up the company (Warlord Games) together and our first release were 28mm plastic Romans, a legionaries boxed set. No one had really made historical figures in plastic before! We actually made our own enquiries about obtaining the Doctor Who licence, and after a lot of time had passed, we were granted it. We have the licence to cover all 50+ years of the series so possibilities are endless. 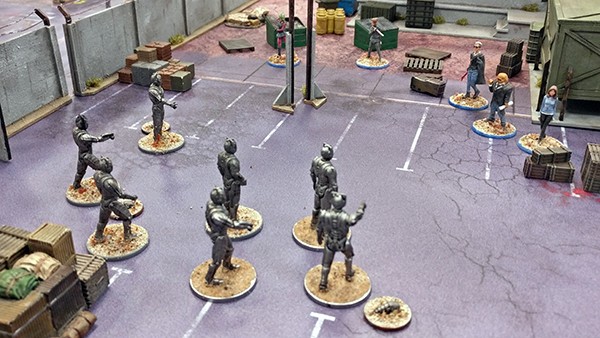 Q. Can you talk about the process of producing a figure, from initial choice getting the figures approved to the design/ manufacture process?

Our Doctor Who figures are all designed and manufactured here in Nottingham. In terms of figure choice, we are trying to put out a range which encompasses all eras of Doctor Who. Figures have to be approved by the BBC and sometimes this takes a long time! By approval, we mean the likeness has to be approved by the original actor and if that actor is no longer with us, often their estate has to approve it. Busy actors mean we have to wait longer to manufacture them!

The likeness has to be approved by the original actor and if that actor is no longer with us, often their estate has to approve it.

At the moment, we have dozens of figures awaiting approval, some are approved far quicker than others. In terms of design, with the forthcoming cybermen boxed set, to take an example, the same sculptor has designed all ten figures in the box, which makes the figures consistent in design. 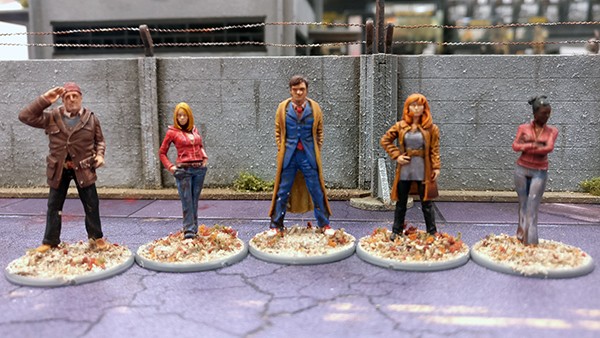 Q. Would you consider producing a scenery/terrain/battleground range to go with the collection e.g. a scale TARDIS or console room set?

For now we are concentrating on releasing as many boxed sets of figures as we can, and our first game release. We have been talking about a TARDIS, however, so that will be produced sooner rather than later. I like the idea of limited edition dioramas, like Mickey Smith being sucked into the Auton bin. (At this point, I suggest to Paul it has a burping sound chip included!) 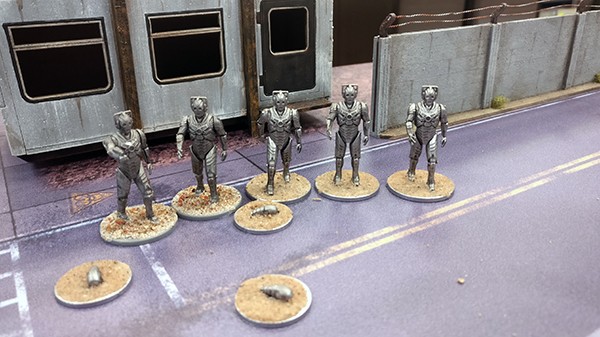 Q. Any forthcoming figures you can talk about?

The Tetraps are coming next, followed by the Cybermen set. We have a Papal Mainframe set in the pipeline, and the Sea Devils look fantastic, based on the original 1970’s designs. Plastic Daleks and 2013 style Cybermen in their own boxes. The 9th Doctor and Companions release will include 9, Rose (Different sculpt to the 10th Doctor set), Jackie, Mickey and Captain Jack as he appeared in The Empty Child/ The Doctor Dances. The 11th Doctor and Companions set will include The 11th Doctor, Amy and Rory based on their first episode costumes (My eyes widen at the thought of the police woman costume adorning Amy) and of course River. 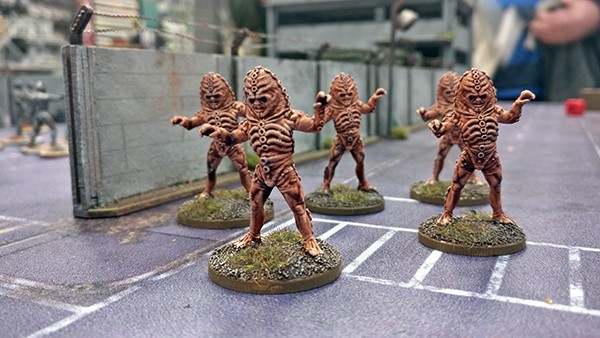 Q. Do you have any advice for collectors who have never tried out war gaming but want to get into the hobby?

Buy the forthcoming game! Our Dalek and Cyberman figures are in and they look fantastic. The cards look amazing and the game is having another play test soon (This Friday, look out for pictures soon after) and the final box design is being worked on. 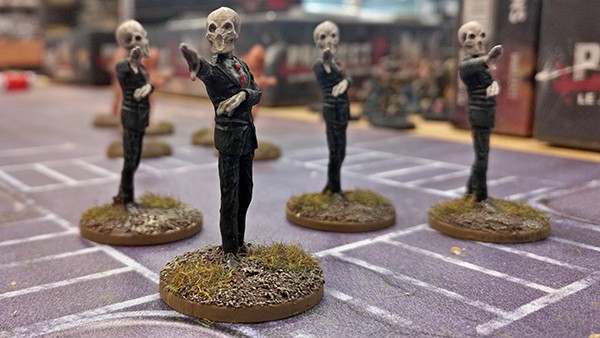 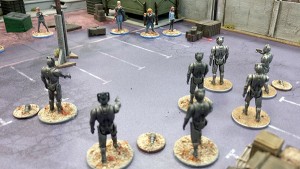 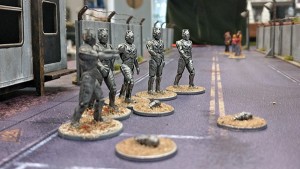 Congratulations to Paul Watson who has won our first five boxed sets releases!

Keep an eye out for part 2 over on the official Facebook page, keep upto date with Alan and all the Doctor Who news as it happens!

Start or expand your Doctor Who collection! 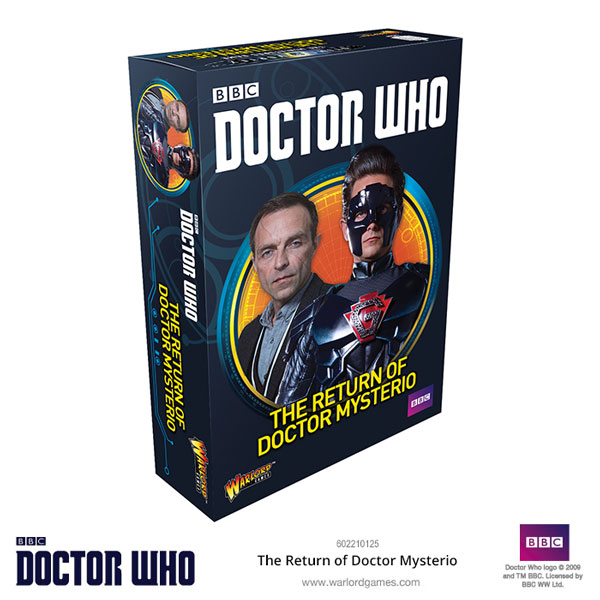 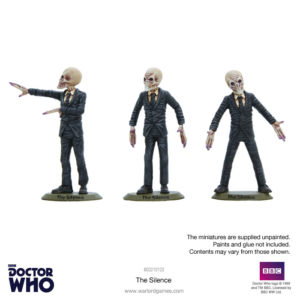 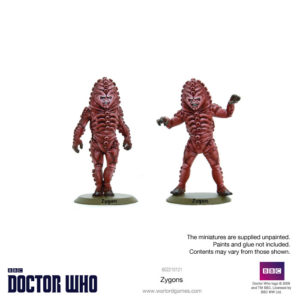 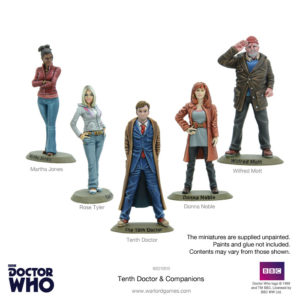 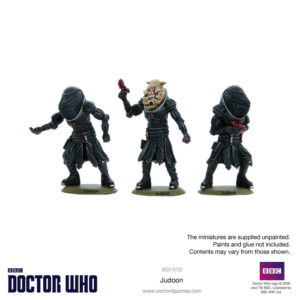 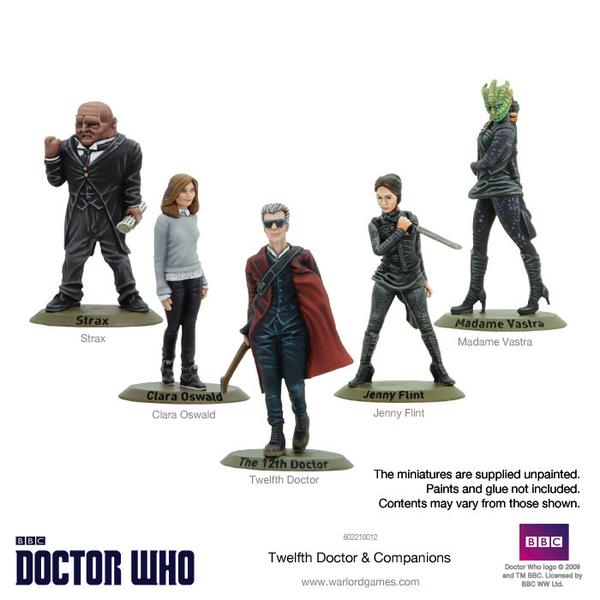 Visit the Doctor Who Into The TIme Vortex site here: https://doctorwhotimevortex.com/