Flank and harass your enemy with the new Deli Light Cavalry, break their morale and rout their army! 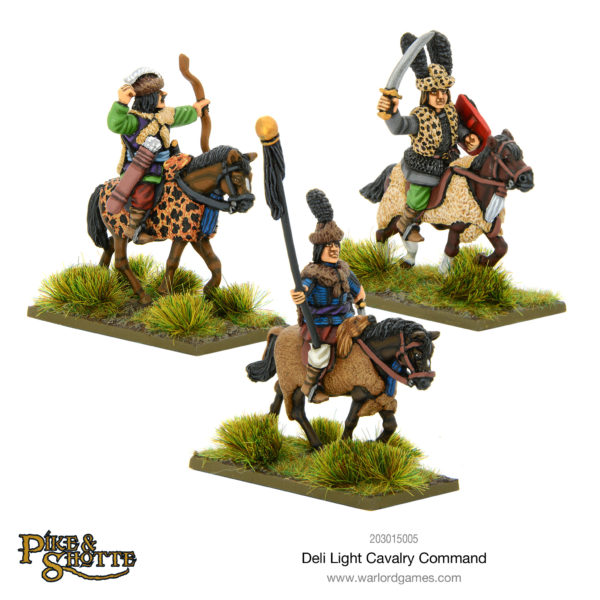 The typical command for light cavalry units have to remain aware and be ready to make quick and snap decisions as speed is almost essential to their art of war. One wrong decision can leave them out of position and exposed. 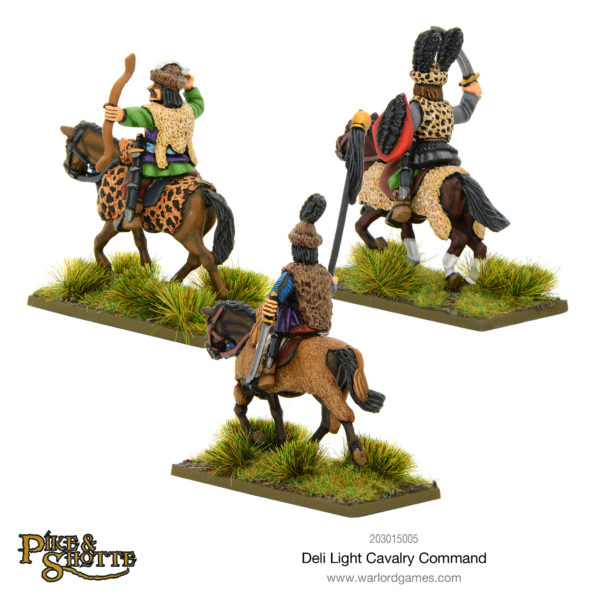 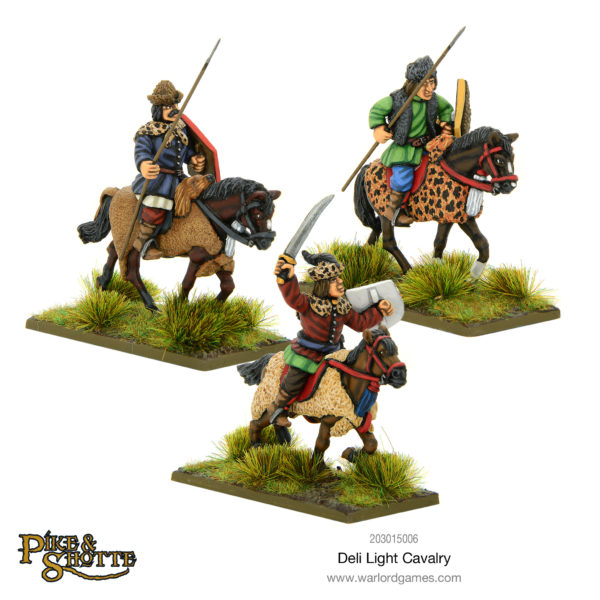 Avoiding straight-on fights, light cavalry are more suited for hit and run style of warfare or for flanking and out-positioning their enemies. With little to no armour, they make the most of their offensive capabilities by using their agility!

This blister pack contains 3 metal horsemen, 2 armed with spears and shields, and 1 with a sword and shield. 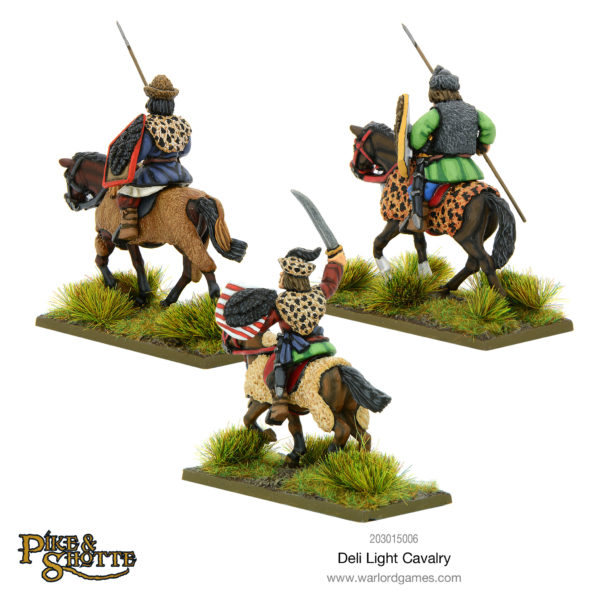 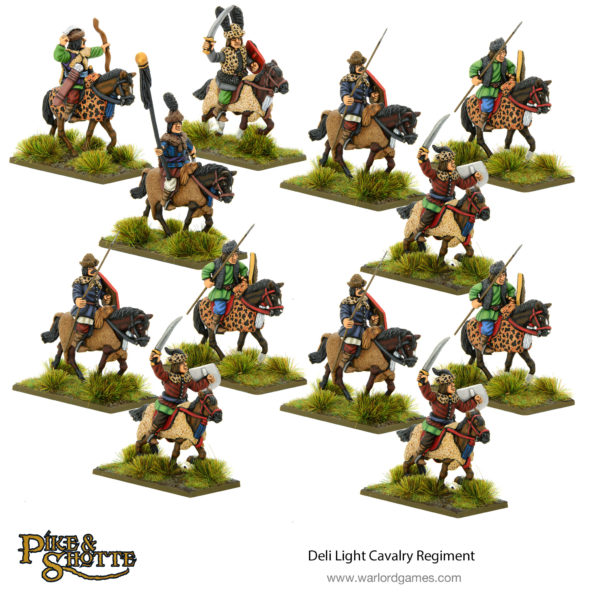 Great at dealing with skirmishers and ranged units, their manoeuvrability is paramount. If poised correctly, an entire Deli light cavalry regiment would flank and rout the enemy!