Bring out your dead! Stamina Markers in Black Powder

“Bring out your dead! …” Andy Bartlett throws us a solution for tracking stamina… 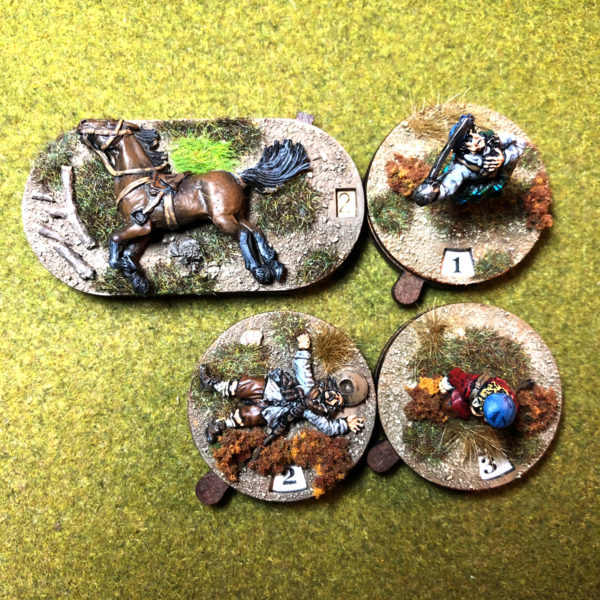 The Black Powder stable of rules require little in the way of bookkeeping, and a jolly good thing this is too! The main thing that it is necessary to record is the loss of a unit’s stamina. In Black Powder, and Pike and Shotte, each unit typically starts the battle with 3 stamina, while in Hail Caesar units typically start with 6 points of stamina. As the game progresses it is necessary to record the loss of a unit’s stamina, from shooting and melee. To start with my gaming buddies and I used a spare D6 placed next to a unit, showing the number of stamina points lost, to record this. This works ok and people often have spare D6 knocking about they can use for this purpose. 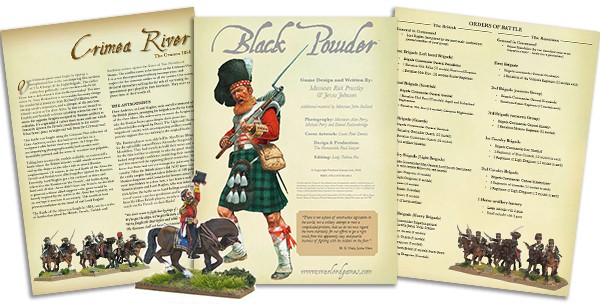 After our first few games of Black Powder we were hooked, and so units being trailed around the miniature battlefield by their stamina dice started to become the norm. There were a couple of drawbacks. First of all, it does spoil the aesthetic of the whole thing. Even for a casual club game, I think we want things to look pleasing. If not then why spend hours painting the figures and modelling the terrain; you might as well get out a board game! We did try those small, micro dice in dull colours, but the second issue still gets you. It is very easy to lose which dice goes with which unit, and the dice can get knocked over in the excitement of moving the toy soldiers about, meaning you forget what score they were showing. 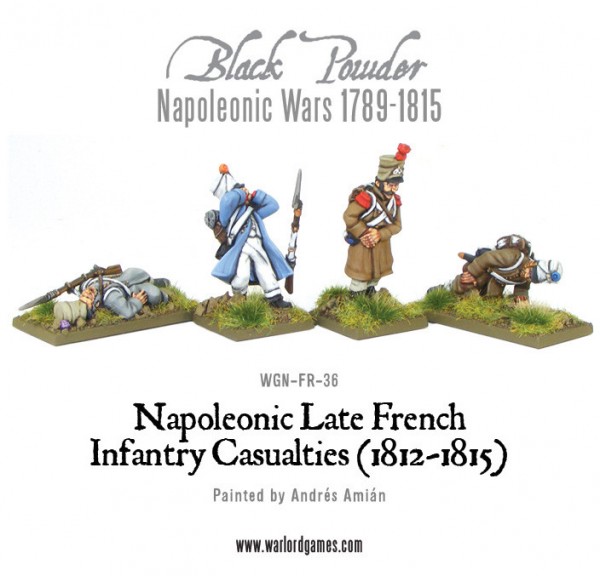 Napoleonic Casualties from the French range for Black Powder

An alternative solution for recording the loss of stamina was required. Figure ranges now frequently include dead and wounded figures. These are great for making vignettes and ‘livening’ (!) up bases of figures. So, why not use these figures to record the loss of stamina? One wounded or dead figure behind a unit represents one point of stamina lost. A great idea! It looks much nicer than using a D6, and you don’t have to worry about knocking the dice over and forgetting what score it was showing. The down-side is that you can need quite a lot of these stamina marker figures, especially in Hail Caesar. 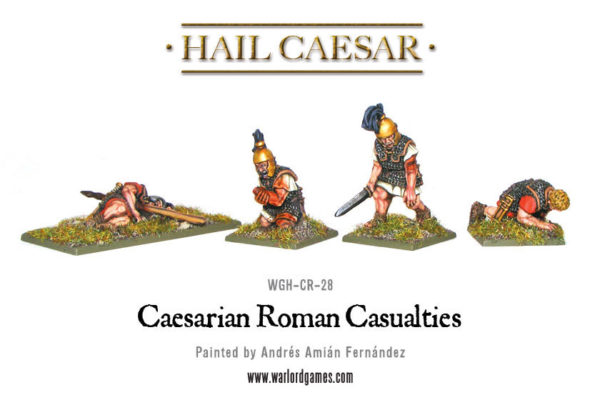 Roman Casualties from the Caesarian Roman range for Hail Caesar

While struggling with the conflict of the aesthetic versus the practical I spotted the perfect refinement on the Warbases website (https://warbases.co.uk/?product=casualty-marker). If you are not familiar with Warbases then you are missing out! They provide a staggering arrange of MDF basing and gaming accessories, all top-notch quality, speedily delivered, and a very helpful team behind it all. Warbases produce a small MDF thing of wonder; a casualty marker. A small circle of cunningly crafted MDF which you can turn to indicate a number 0-12. They produce several different sorts but I like the 40mm Style 2. I suppose you could just use these makers on their own, but I think the icing on the cake is to put your dead or wounded figures on these MDF casualty markers. If you base the dead/wounded figure using your regular technique then they will fit in very nicely with your regular units. 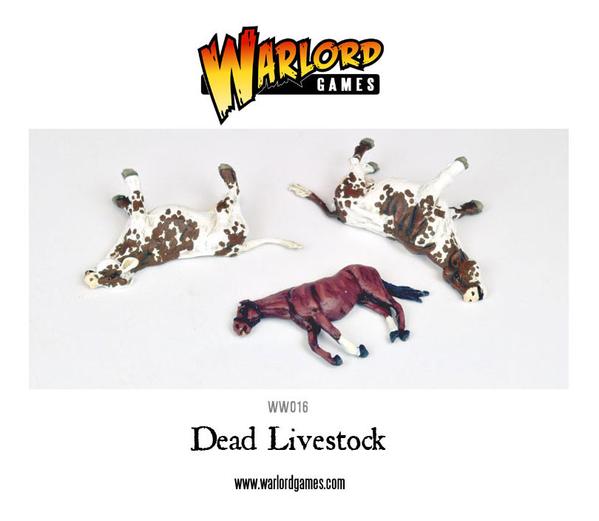 Using a dead/wounded figure on a Warbases casualty marker in your games means that units who have lost stamina have a small base placed next to them and you turn the numbered dial as the loss of stamina increases. For me, this is the perfect balance of aesthetics and practicality. At the very maximum, you’ll need one of these marker bases for each unit in your army. You can be as picky about the precise casualty figure as you want to be. You may decide to paint a wounded/dead figure with the uniform to match each unit in your army, or you may be happy with just a casualty figure from the same army for each unit (I think going out of period for your casualty figure fails the aesthetic test completely!). It can look a bit odd to have an infantry casualty figure being used for a mounted unit. I’ve sourced some dead horses and used similar MDF devices from Charlie Foxtrot Models (https://www.charliefoxtrotmodels.com/collections/miscellaneous-tokens-templates/products/long-dial-counters) to mount them.

So, go on, smarten up those lost stamina markers, your little lead men deserve it! Andy

Do you have an article within you? Are you itching to show your collection to the world? Then drop us a line with pictures to info@warlordgames.com or share with all over at the Warlord Facebook page

Find your Casualties within the web store: 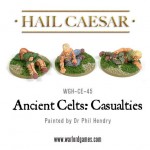 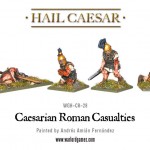 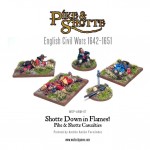 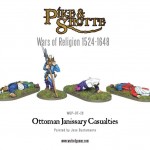 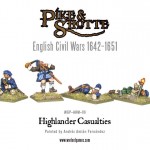 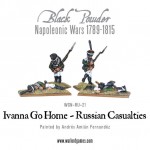 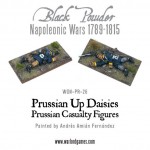 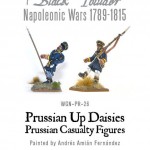 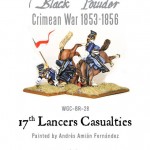 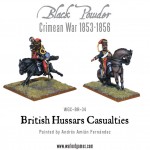 Or find your Bolt Action Pin Markers within the web store here: 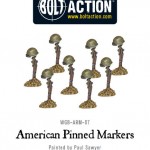 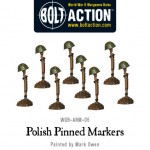 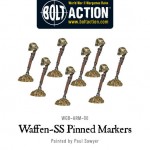 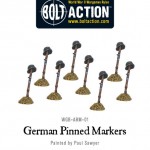 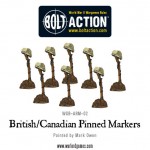 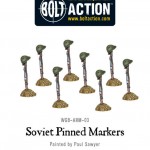 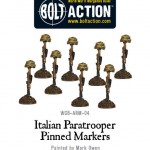 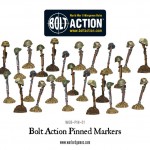 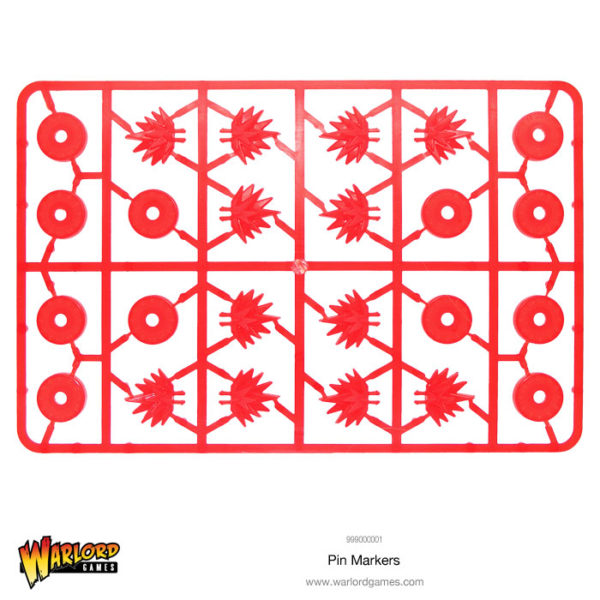