The Blood Red Skies Rulebook PDF is now available in French – so it’s time to take to the skies! 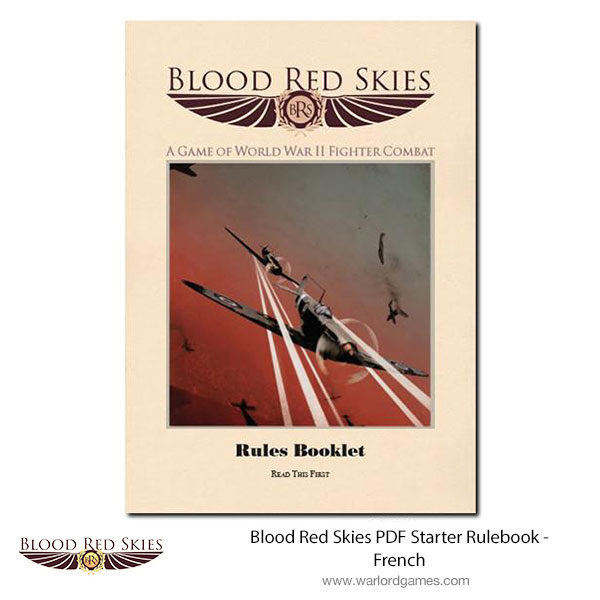 During the twentieth century, mankind created a wholly new form of warfare – the air war. Flying machines of increasing complexity took to the skies, first to observe the enemy and track his movements, then to attack him in the skies and on the ground. By the end of the First World War in 1918, all the precepts of air warfare were already well established. During the 1920s and ‘30s, aircraft design advanced rapidly. Sober predictions were made that unstoppable fleets of fast, multi-engine bombers would devastate cities within hours of any new war being declared.

However, when the Second World War erupted it was the single seat, single engine fighter plane that proved to be decisive in battles. Fighters could successfully intercept contemporary bomber aircraft inflicting great damage on any unescorted daylight raids. Now, for the bombers to get through, they needed the protection of their own escort fighters. The size of engagements grew, and grew, and grew again until hundreds of combat aircraft might be involved. Wherever the ground war was fought, gaining air dominance was found to be vital to success.

From 1940 until the invasion of occupied France on D-Day four years later, the war effort in Western Europe was primarily conducted in the air. At sea, carrier-based planes mastered the battleship and changed the face of naval warfare forever. Tens of thousands fought and died in the skies, flying ever faster and deadlier aircraft born of the bleeding edge of what engineering and desperation could achieve. Within six years, airpower was recognised as a practical tool of victory; with the course of its progress marked by wrecked planes and dead heroes. For the many courageous pilots – including Churchill’s precious Battle of Britain ‘Few’ – who fought on high, it took skill, cunning, and luck to survive and thrive in those blood red skies.

‘Never in the field of human conflict was so much owed by so many to so few.’ 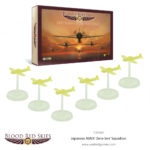 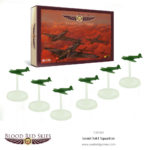 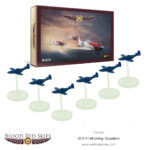 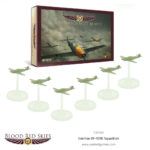 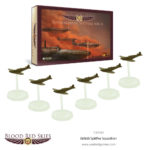