Protect your home ports and coastal ships with these 2 big ships for the German Kriegsmarine in Cruel Seas! The M-Class Minesweeper and Vorposten Boot flakship… 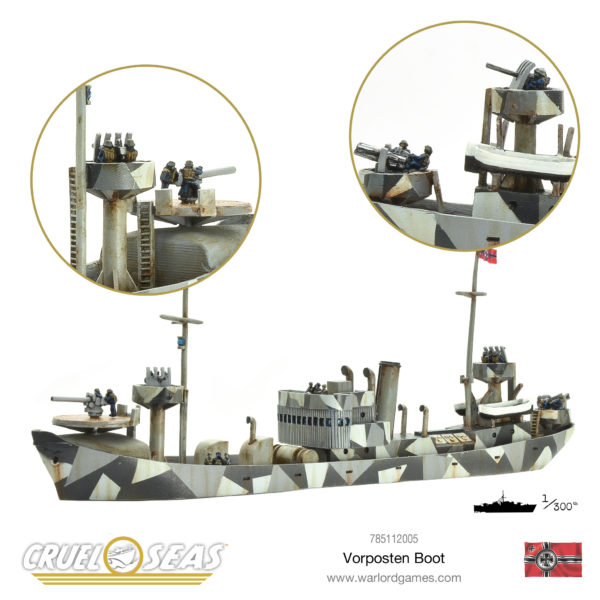 Of the many German patrol boats that served during the war, the VP-Boot or Vorpostenboot was perhaps the most feared by the Royal Navy. Built as an escort boat from many different pre-war fishing vessels, yachts or harbour craft, they were simple and robust – perfect to mount a large variety of weaponry, an equivalent to the trawlers of the Royal Navy. 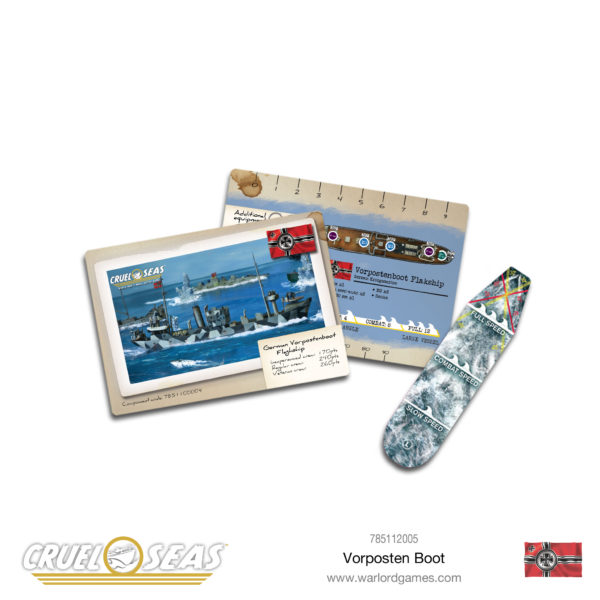 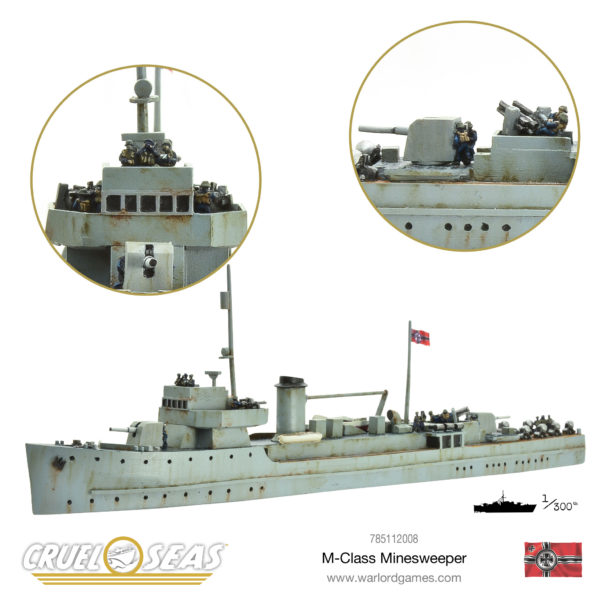 The M-class were larger ships, equivalent to the RN Corvettes, well-built vessels that were seaworthy and useful ships. They used light flak for defence against aircraft but also packed useful main guns and depth charges to combat submarines. 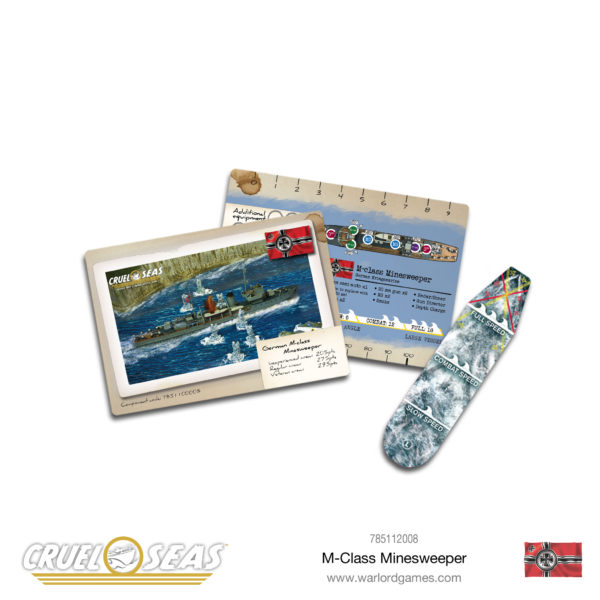 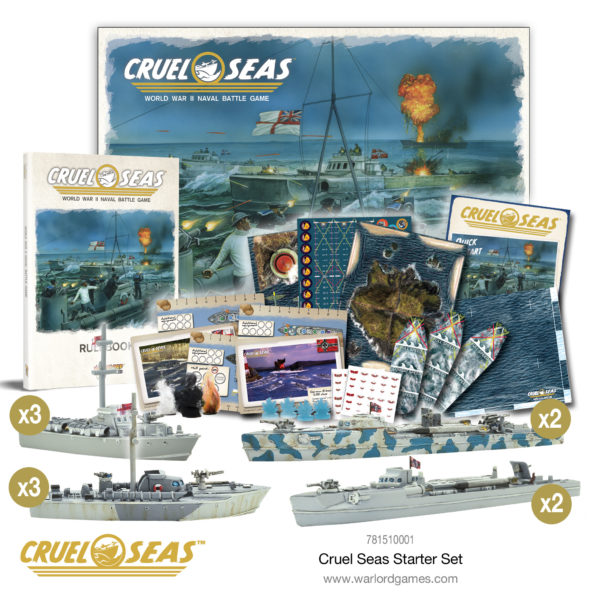 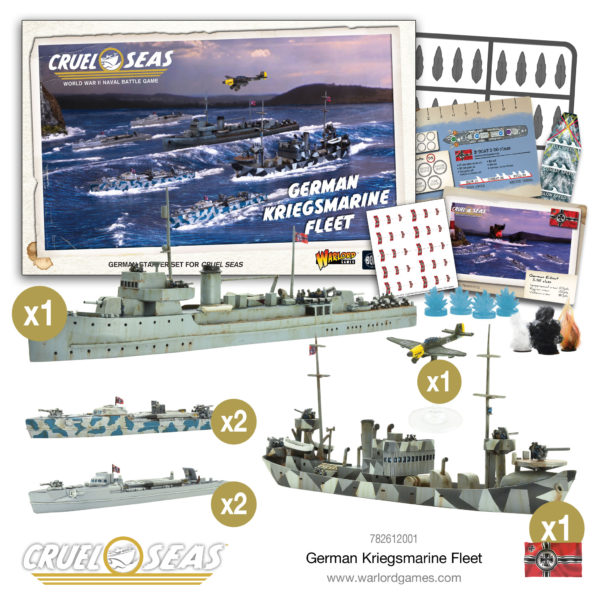