Victory at Sea is the latest addition to our catalogue, allowing players to command a squadron of warships, including an aircraft carrier or two!

As the design of aircraft advanced, navy tactics employing them evolved in tandem. With an aircraft carrier, a fleet gained the ability to strike at targets hundreds of miles away with relative impunity. Despite the advance of anti-aircraft weaponry and the presence of defending fighters, aircraft spelt the eventual demise of the battleship as the rulers of the oceans.

A fleet may have supporting aircraft directed to its position from land-based airfields or it may possess its own aircraft carrier. If any Flights of aircraft are bought individually from the fleet lists and not assigned to a carrier also in the fleet, they are considered to be landbased for the purposes of these rules, though they could
also conceivably have been launched from another aircraft carrier far from the battle.

In some scenarios, your entire ‘fleet’ can comprise nothing but aircraft. Battles of this nature certainly took place in the Second World War, with Taranto and Pearl Harbor being the most notable examples.

Battle for the Pacific! 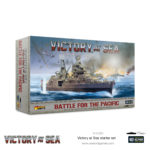 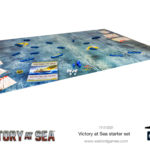 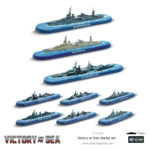 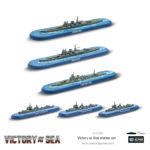 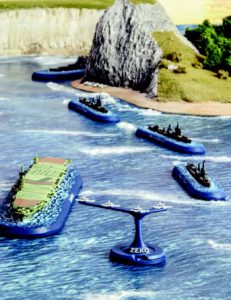 Victory at Sea models the business of conducting carrier operations in considerable detail. You’ll find yourself vectoring fighters onto enemy bombers while your own attack planes re-arm while turning the carrier into the wind to assist in further aircraft recovery operations.

Your flights of aircraft come in various varieties – fighters, bombers, dive-bombers, torpedo bombers and kamikazes. Some cruisers and battleships have the capacity to launch seaplanes for scouting and fire direction.

You’ll get the opportunity to tweak and optimise your carrier’s selection of aircraft for each mission – adding flights of fighters if you expect heavy opposition in the air, or doubling down on strike aircraft if the enemy’s air defences are lacking!

Get started with this fantastic new game by picking up one of our amazing new fleet sets! 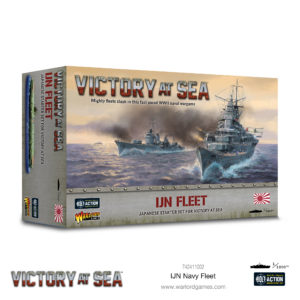 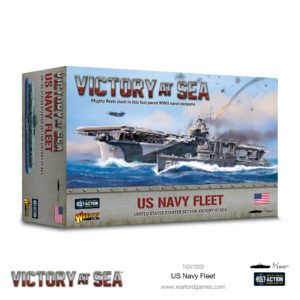 Tom spends most of his time buying books and painting miniatures. He enjoys putting animals on the bases of his miniatures and half-finishing side projects. Some say that he lives in a tower on top of some windswept northern hill with his wife and cow-patterned cat, Spaghetti.
View Profile | View all posts by Tom Mecredy
Bolt Action: Kreighton’s Late War Germans
Campaign Stalingrad: Pavlov’s House