Spotlight: The A13 Crusier & Tank Tactics

With today’s release of the British A13 Cruiser, it seemed appropriate to dive into how to best utilise them on the battlefield.

The A13 Cruiser MkIII & MkIV

British tank design in the inter-war period focused on two separate concepts – the Cruiser tank and the Infantry tank. The Cruiser tanks were fast and lightly armoured, taking advantage of the revolutionary Christie suspension system for excellent cross-country performance.

Once the heavily armoured Infantry tanks had blasted a gap in the enemy lines, a swarm of Cruiser tanks would dart in behind and exploit the breakthrough into the enemy’s rear area. 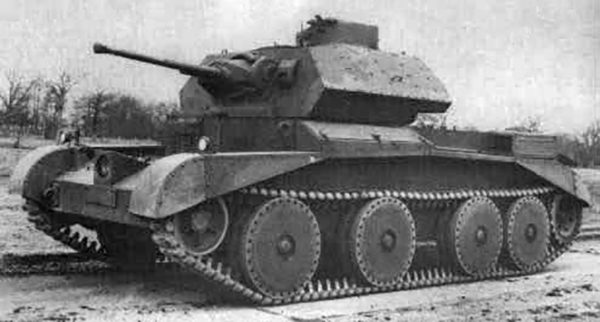 The A13 series were some of the first coherent steps in the development of this concept. The MkIV was the principal version that saw service in France and North Africa, armed with a single 2pdr gun and a co-axial machine gun. The MkIII had less armour all-around and a different turret design, but the same speed and armament.

Both variants shared the same disadvantages upon being issued – a lack of training, maintenance and key components drastically reduced their combat effectiveness, along with a complete lack of high explosive ammunition which meant that the main armament could not be used against infantry.

Ranged against the A13 series was a whole swathe of German tanks – from the domestically produced Panzer II, III and IV, to the Czechoslovakian Panzer 38(t). The A13’s main armament was sufficient against the Pz.II and III, but struggled with the heavier Pz. IVs.

Adding some armour to your early war list is a great way to add some tactical flexibility. Generally speaking, these tanks – including the A13 series – are reasonably cheap points-wise. This makes it less risky to include one or two in your platoons compared with the massive points sinks of the later war.

It is worth considering your play style and how you want to utilise the tank on the battlefield. Cruiser tanks lack the firepower to go toe-to-toe with enemy armour, but have the mobility to turn an enemy flank and neutralise lightly armoured targets like APCs and armoured cars. 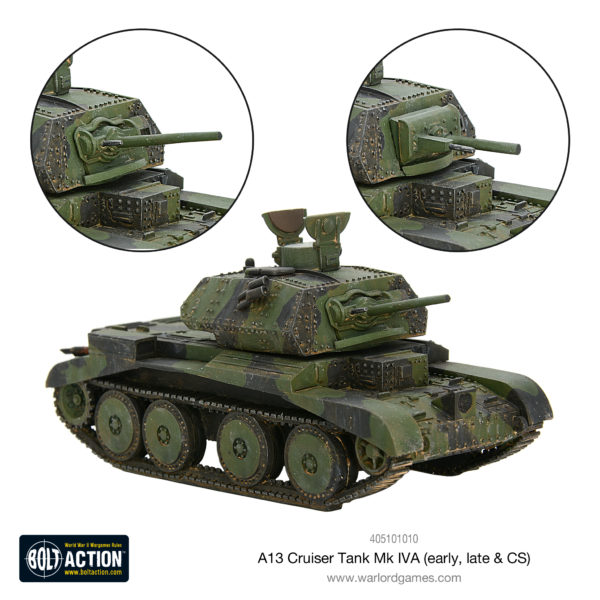 Pushing an A13 series through the enemy’s battle line and using the gun to attack heavier tanks from the sides and rear allows you to make the most of the light anti-tank gun against tougher targets.

Heavier tanks fill more traditional roles and their points cost reflects this. A Matilda I or II, much like a Pz.IVD is a significant investment, but their tough armour and relatively heavy firepower allow them to punch a hole in the enemy battle line for your infantry and lighter vehicles to exploit.

In large games, it is entirely feasible to take a mix of tanks to suit your playstyle and use their relative strengths to complement each other.

If you’ve got an early war British army and want to add some armour, pick up one of our fantastic new A13 series kits from the webstore today. It contains enough parts to make multiple variants of the MkIII, modernised MkIII and MkIV tanks. 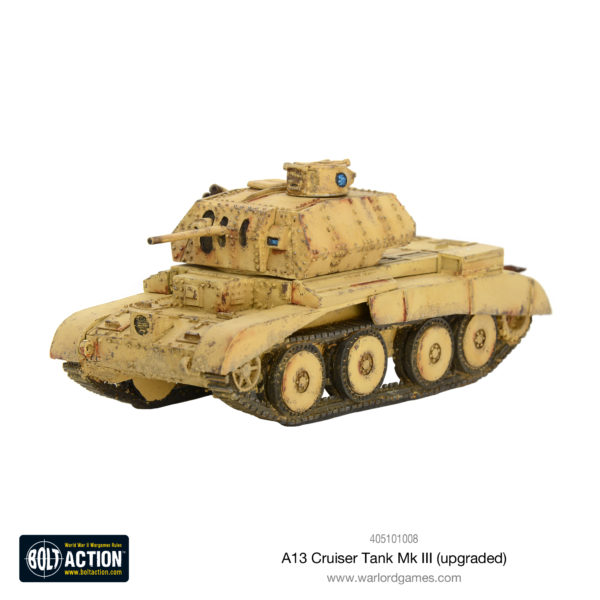