New Soviet fighter squadrons swoop over the Eastern Front – securing the battlefields for the big push into Germany!

These aircraft are manufactured in the new, ultra-detailed, Warlord Resin! and come with all the cards and advantage flight stands that you need to field them in your games of Blood Red Skies 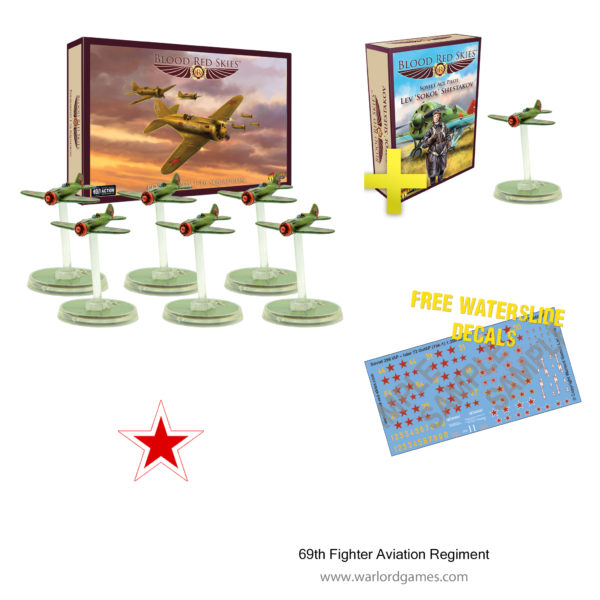 The diminutive I-16 Ishak (Donkey) was the first of a new breed of monoplane fighters, using a low-wing cantilevered design to achieve high speed and manoeuvrability. Early versions carried a pair of 7.62mm machine guns, but after seeing service in Spain and China, it was upgraded to carry a pair of 20mm cannons alongside the machine guns.

I-16s first saw service on the Republican side during the Spanish Civil War, squaring off against the Condor Legion’s Bf109s and Ju87 Stukas. They would also fight against the Japanese at Khalkin Gol and the Luftwaffe during Operation Barbarossa. 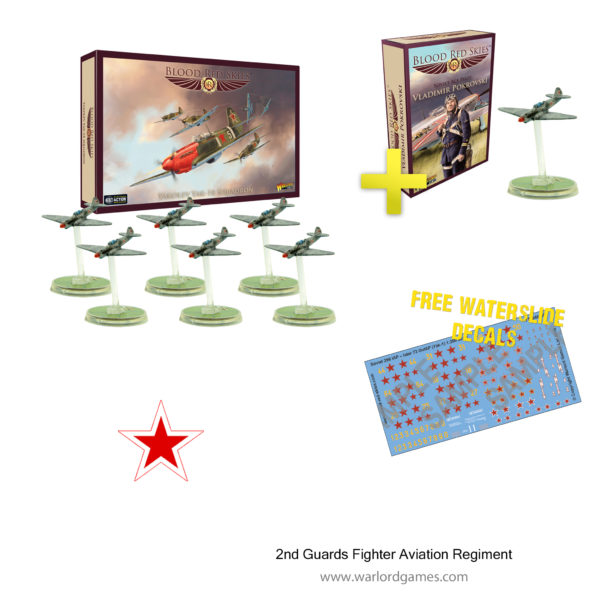 The Yakovlev Yak-1 entered service in 1940, a fast and well-armed fighter. With wooden wings and a composite structure, it was a very reliable and easy to maintain aircraft. Although its production suffered quality issues due to the Axis invasion, the Yak-1 always remained popular with front line pilots.
Soviet Design Bureaus improved on the basic Yak-1 design over the course of the war, constantly implementing changes to the aircraft’s design and its systems. By 1942, the Yak-1B model had been introduced with an improved engine and a 12.7mm machine gun in place of the two 7.62mm guns.

The Yak-1B model saw service almost until the end of the war and proved popular with experienced pilots who liked the lightness and manoeuvrability. 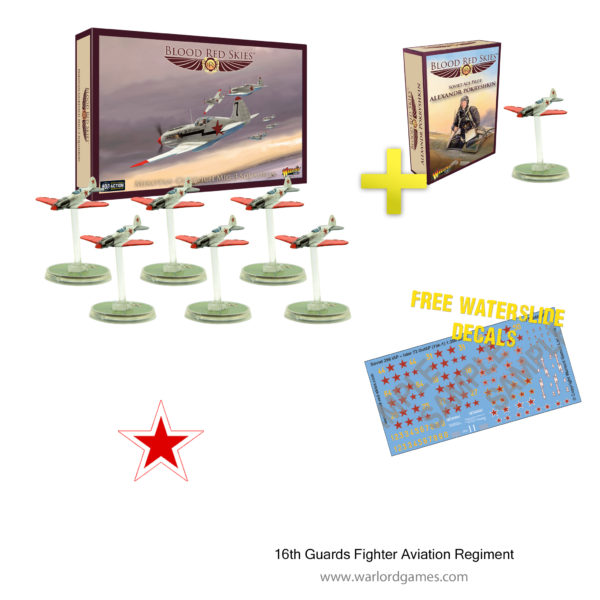 Developed from the MiG-1 airframe, the MiG-3 was a relatively unsuccessful fighter and interceptor, designed to defend the Motherland from marauding bombers and intruders. Unfortunately, it was pressed into service as a front-line fighter, skirmishing with Bf109s at low altitudes with an engine designed for high altitude combat.

It was also discovered to have instability at high speed, poor manoeuvrability and weak armament. Despite these obvious problems, a talented pilot could make the most of what the aircraft did have – if they survived long enough to discover it!

Tom spends most of his time buying books and painting miniatures. He enjoys putting animals on the bases of his miniatures and half-finishing side projects. Some say that he lives in a tower on top of some windswept northern hill with his wife and cow-patterned cat, Spaghetti.
View Profile | View all posts by Tom Mecredy
Pike & Shotte: Heart & Stomach of a King
2000AD: Judge Dredd Graphic Novels