It’s been a wild and woolly month for Warlord Games on the convention circuit. Even as the year draws to a close and we celebrate the first anniversary of being in business, we are still riding across the continents to spread the word of Warlord’s excellent hard plastic and metal ranges.

Last week, Gareth and Mark loaded up John’s Range Rover and drove across the channel to represent Warlord Games at Crisis 2008 in Antwerp. What follows is a translation of their endeavours from Gareth’s native Cockney into English –  only the names have been changed to protect the innocent: 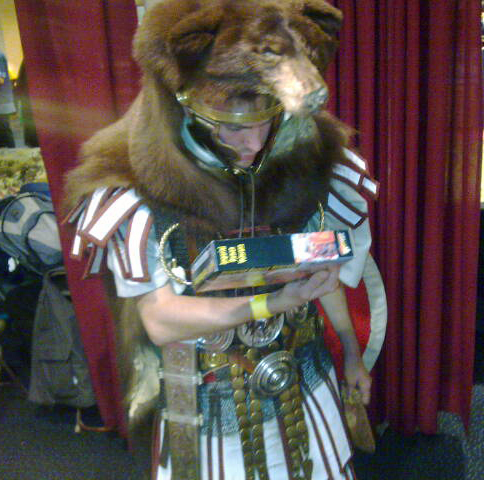 At the same time across the ocean, Warlord’s American representatives Brett and Rich packed up the van with piles of free plastic Roman Legionaries, a modest table, a selection of boxed sets, and a few mail order posters to begin the trek from the Washington D.C. area to historic Civil War environs of Gettysburg, Pennsylvania for Fall-In 2008. 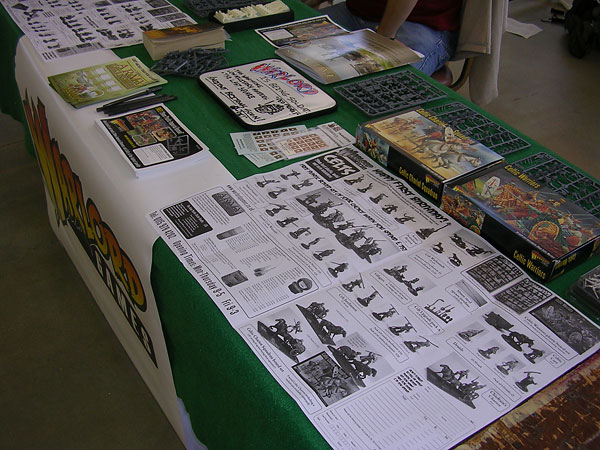 This excellent 3-day event is one of a trifecta of historical miniatures conventions held in the eastern United States by HMGS East (Historical Miniatures Gaming Society), the other two being Cold Wars in the spring and Historicon in the summer. After an uneventful ride to the convention site on Friday, our modest table was set up with usual enormous effort (in about 10 minutes) and the show began. 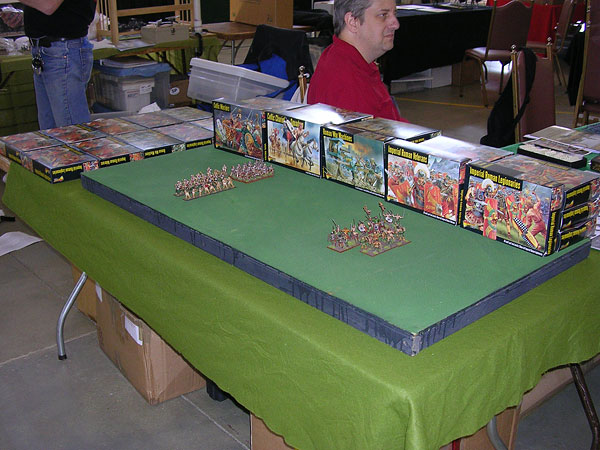 All throughout the weekend we received nothing but positive comments and interesting conversation as miniature gamers and collectors of all types came up to fondle the lovely miniatures we had at the table, ask us what we were up to next (much to their chagrin we were very tight-lipped about the new range), to discuss all things Celt and Roman, and to sign up for our newsletter (whilst reaping the bounty of a free hard plastic Early Imperial Roman Legionary in return. 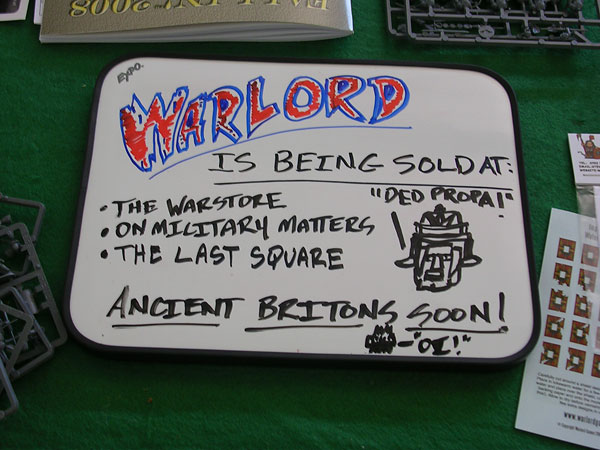 As you can see above no expense has been spared on the corporate signage we provided for the show pointing out all of the retailers that we could find at the show who were selling Warlord Games products. Thanks very much to each and every one of them for their support, opinions, and especially a couple slices of pizza (Thanks Warstore Don!). Each day was filled with interesting people who truly made us feel good about what we had to offer for their wargaming needs. We truly thank everyone who came up to talk with us, customer and retailer alike. 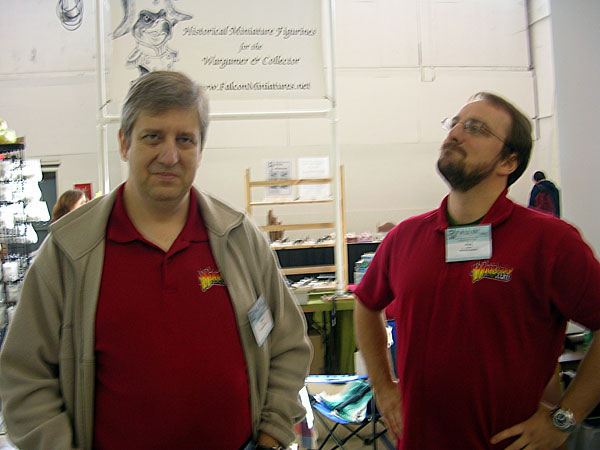 After a close call with a fox crossing the battlefield and a series of gastronomic misadventures too hideous to recount here, Brett and Rich packed up their wares and headed back to their lairs to await the spring thaw and the chance to do it all again at Cold Wars 2009!