Now you can add some serious punch to your army in the form of this two-man petard team and a bodyguard of five dismounted cavalry lobbing grenades and taking the fight to the enemy. So, whether you’re preparing a siege or wanting to disrupt enemy emplacements this will do the trick. 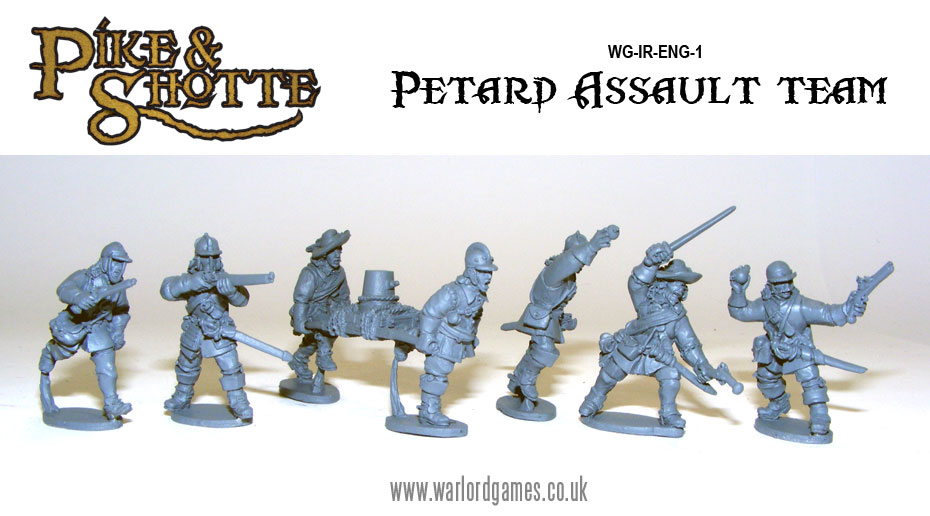 With great cannon hammering at the walls for nigh on three weeks, the moment has come to take the city by storm! A breach has been made, mighty doors weakened, surrender terms offered (and rejected). Step forward the brave, the desperate, the madmen who will volunteer to dash forward against a hail of fire and place a spluttering, hissing petard packed with gunpowder against the creaking main gate!

Amazingly, the General always has more volunteers than he needs.The two likely lads he has today are both ensigns, young officers eager to show what they can do for their cause, or die in the attempt… 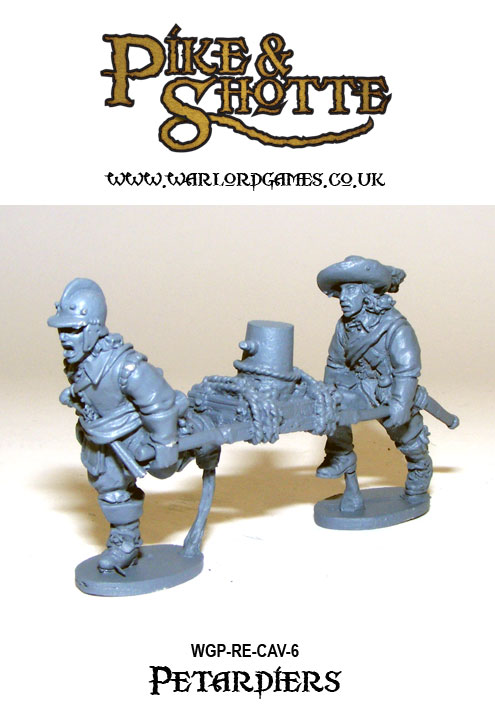 They creep as close as they can under the watchful eye of their master fireworker. When he lights the fuse he slaps them on the back and shouts “Run like the devil!”. Too many are slow on the uptake and hoist by their own petard.

Brave men these, unlike the ‘Donkey Wallopers’ as his troops call the despised cavalrymen, who take it easy in their billets when the infantry are knee deep in water in the trenches. Not this time however, as our general has ordered the Petard crew to be accompanied by a troop of dismounted Horse, now they too can share the dangers. 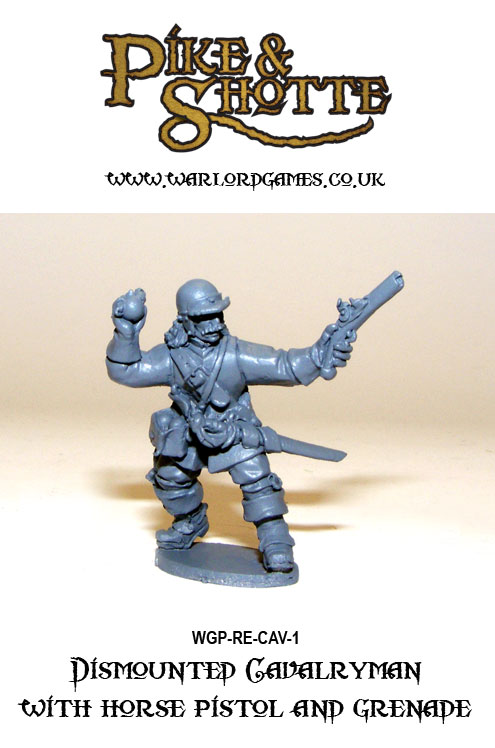 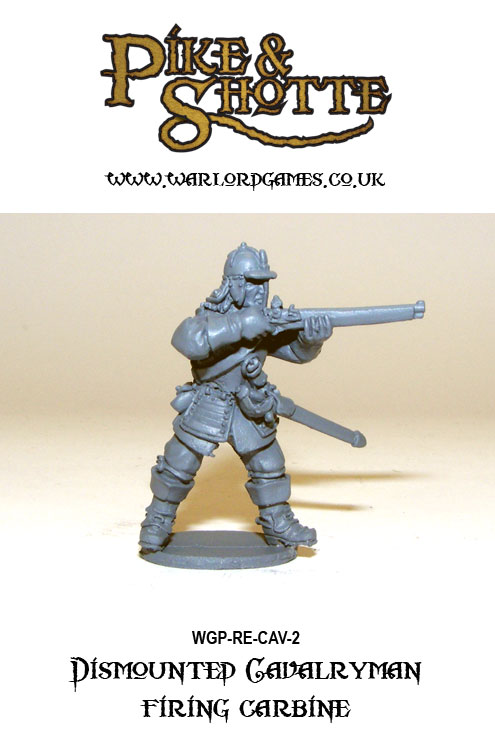 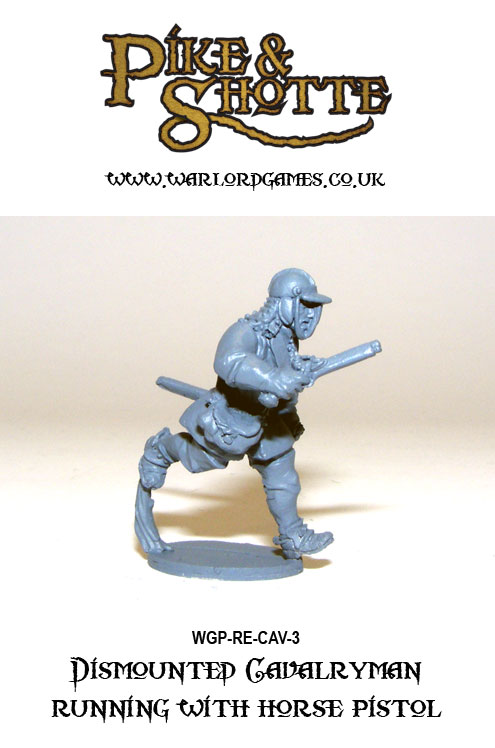 Clad in stiff  buff coats, back and breast, and helmet, the troopers run forward – as fast as their boots let them anyway. They are well-equipped to take enemy fire, but they are able to dish it out too, most carrying a brace of pistols and a stout sword. The Corporals have brought their carbines with them to keep the enemy’s heads down, and the regimental hard cases have been issued by the Firemaster with grenades – simple hand-hurled bombs that may be as dangerous to the thrower as the enemy! 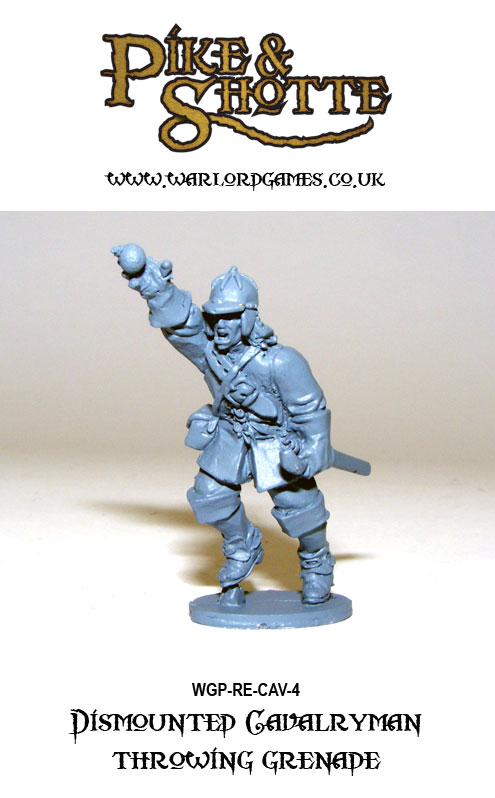 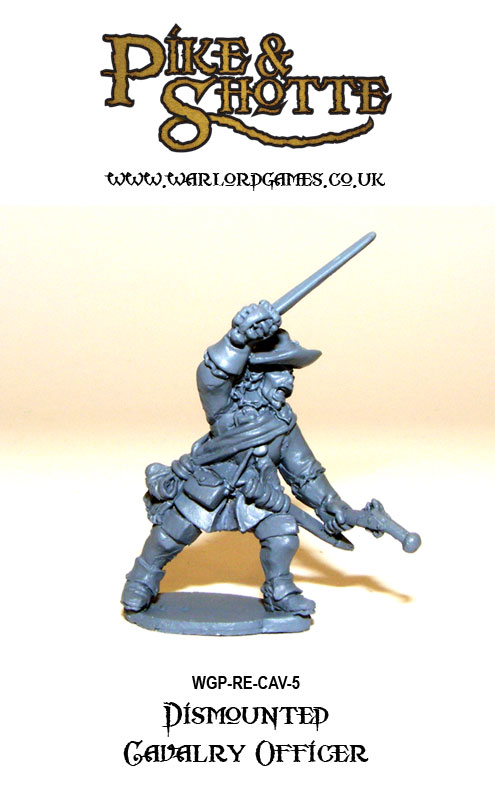 Its time to show the footsloggers what the Cavalry can do! The whole madcap scheme is led by a dashing Captain eager to gain glory or die in the attempt!!! Warlord’s Petard Assault Team catch the moment perfectly. They’re available now singly or as a complete team in the Warlord webstore.