I started collecting pike and shotte miniatures seven years ago. I’ve been interested in The Thirty Years War (1618-1648) since a teenager, and with the release of the first box sets it was an opportunity too good to miss. So I started with just a single box and now I have a collection of hundreds of models!

Last year, I started upgrading the army with new units and repainting of some models I did years ago that needed detailing. Some flags were not historically accurate so got changed. So, I did some painting schemes which were too bright for the period in question. The historical help given to me by a German friend was invaluable for this project. 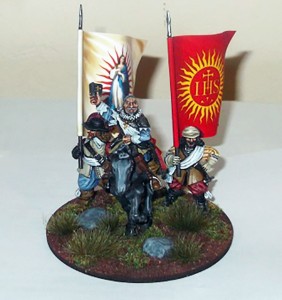 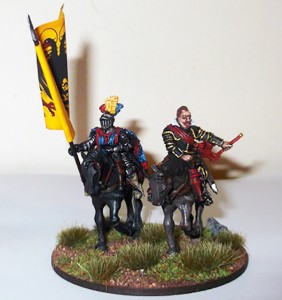 I have two generals – Johann Tserclaes, Graf Tilly and Albrecht Wallenstein.  Thus I can use both the Catholic League army list and the Holy Roman Empire one. Both models were a joy to paint since they are highly detailed sculpts. Their subordinate commanders are converted from other models from the Pike and Shotte range. Gottfried zu Pappenheim, Heinrich Holk, and Hans Ulrich von Schaffgotsch are all on round bases, to distinguish them as commanders. 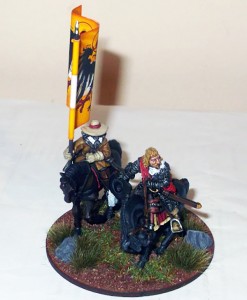 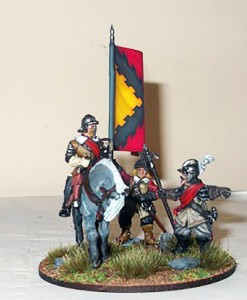 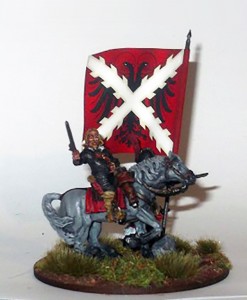 The bulk of the infantry is made up from the Imperialist Infantry box set. I also used other infantry sets and blister packs to have varied officers. All regiments have two flags carried by ensigns in the pike blocks. One large tercio has four flags, to show the large unit status. Musketeers belonging to regiments have a sergeant leading them whilst commanded musketeers have a command group, like the swordsmen. These are particularly effective in close combat against other infantry. 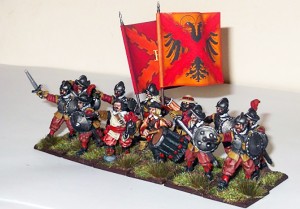 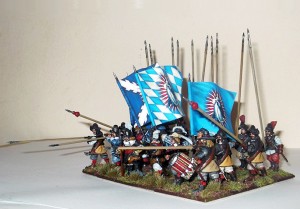 In contrast, my cavalry squadrons have one flag carried by a cornet. The majority are cuirassiers made from the Cuirassiers box set – great miniatures in their three-quarters armour. They are the mailed fist of the army, led by Pappenheim himself. Supporting them are harquebusiers, Croats and dragoons. 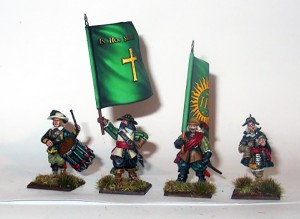 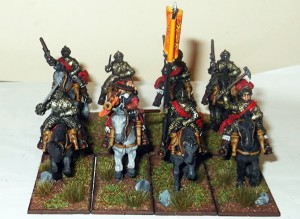 My artillery pieces are all done on a single base. I like the diorama effect cannons give and they’re easier to use on the battlefield. The artillery train consists of guns of different calibres.

All the models in the army have something red as a form of identification, be it a sash, plume, hat band and/or garters. This emulates Wallenstein’s order in 1632 that all catholic soldiers should use red as a field sign.

Is the army finished? Of course not! No army can be considered finished, so more men will seek the Emperor’s coin and march to war!