Pike & Shotte: Rise of the Musket

Pike & Shotte is a game of massed combat in the 16th and 17th centuries, predominantly featuring formations of pikemen and musket armed infantry.

The bow and crossbow remained a prevalent feature right through the battles of the Middle Ages. These weapons were highly effective but required a great deal of skill and practice to wield. The introduction of Black Powder weaponry in the early 16th century soon put a stop to this – with troops now being able to be trained easily and equipped cheaply. Europe was thus thrust into the age of ‘Pike & Shotte’.

Though there are differing opinions on the exact period covered by the term of ‘Pike & Shotte’ warfare, for the purposes of our game we define them as the European conflicts that occurred between 1500 and 1700, against a backdrop of near-ceaseless upheaval and conflicts. The book covers the Italian Wars of 1494-1559, through the English Civil Wars, and Wars of Religion, to the Wars of the Sun King (1688-1697).

Pike and Shotte warfare encapsulates the popularisation of the use of close combat infantry (often armed with the eponymous pike) in conjunction with musket armed missile troops. The classic formation of the period would comprise a central core of pikemen, with wings of musketeers to pour fire into the enemy, supported by flanks of horse and thundering artillery at the rear. 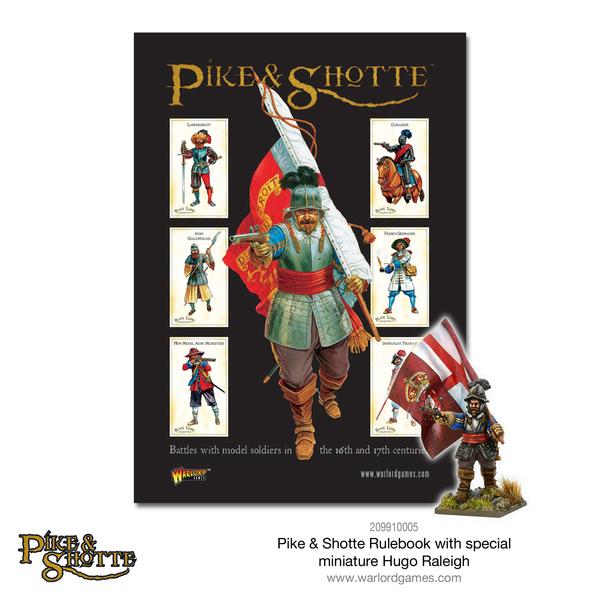 The Samurai are the almost mythical warrior caste of Japanese history. Their most famous exploits occurred during the Sengoku period between 1467 and 1603. With the Emperor and the Shogun unable to control the many daimyos, there was near-constant fighting between the various factions. In these times the Samurai code (Bushido) became more defined and standards of fighting improved. Even the introduction of the musket in 1543 was seen as an opportunity rather than a threat. 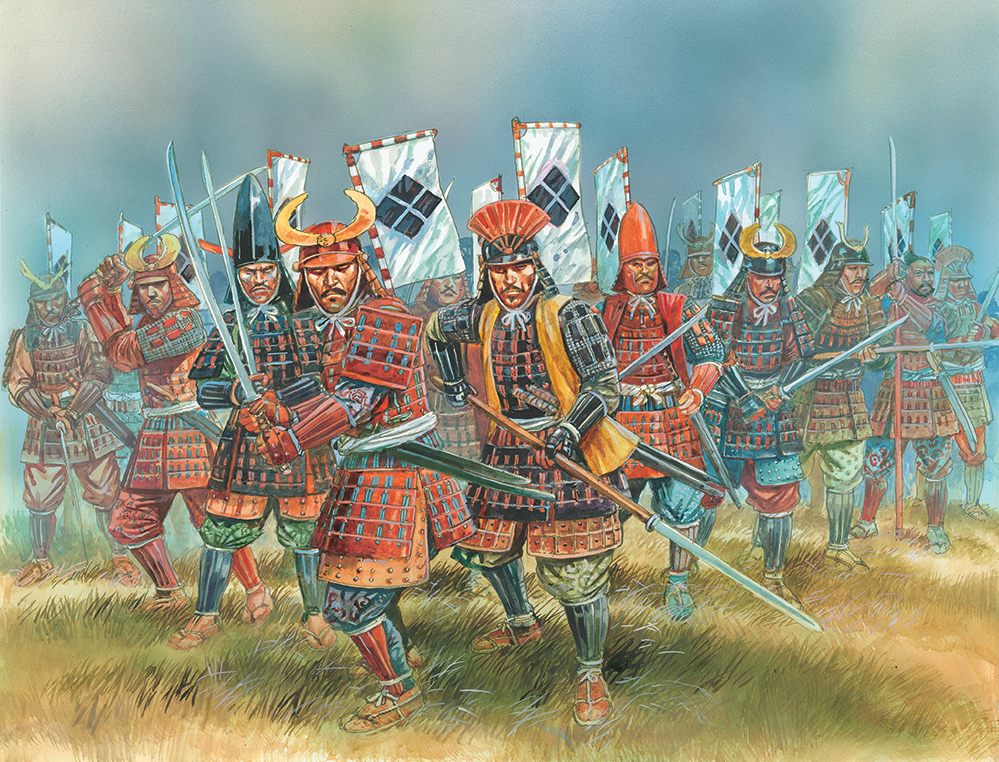 The late 15th and early 16th centuries in Europe were defined by near-constant warfare. National ‘standing armies’ were unheard of and the ambitions of empires were reliant on the mercenaries they could afford to hire. Landsknechts were instigated by the Holy Roman Emperor, Maximillian I, as a reaction to the Swiss Mercenary Pikemen that had dominated battlefields for decades before the Italian Wars (1494-1559). The Italian peninsula, made up of several distinct states of various political leanings, became the primary battleground for Europe. 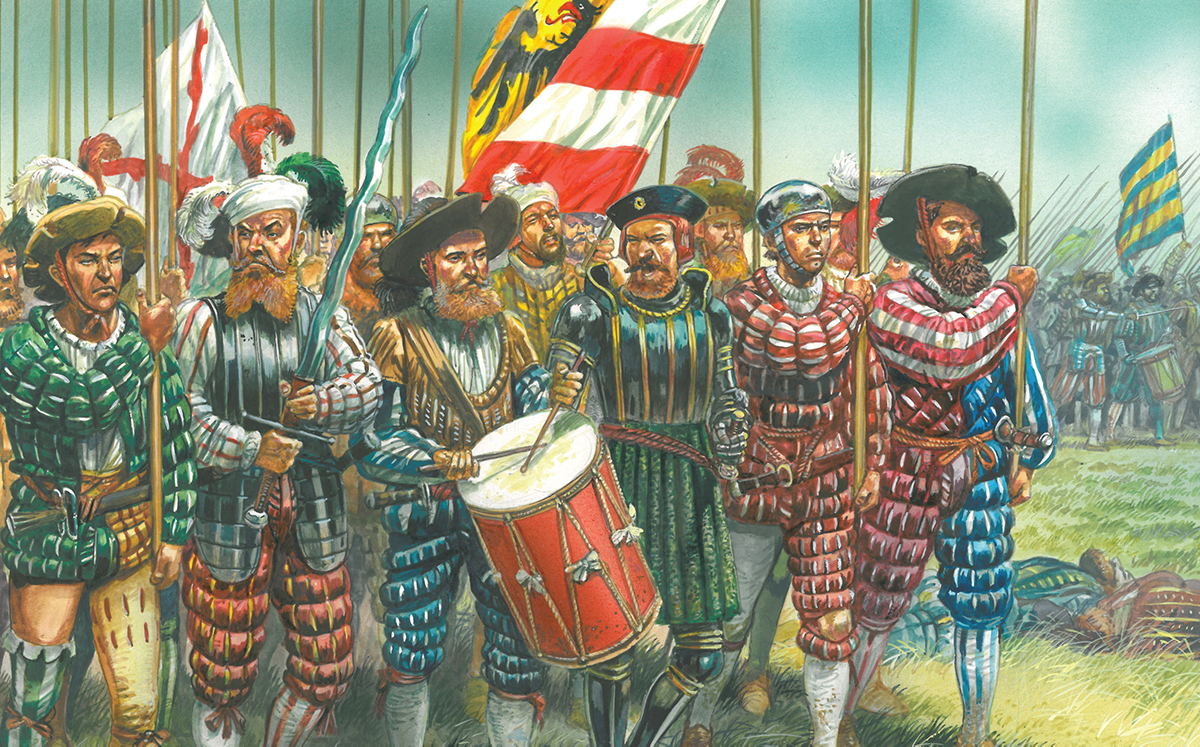 During the period of 1524 until 1648, Europe was plagued by wars of religion. These wars included the Peasants’ War of 1525 in the Holy Roman Empire, the Schmalkaldic War of the 1540s through 1555, an ongoing fight between the Holy Roman Empire and the Turks, the Reconquista of the Spanish versus Muslims, the Hussite rebellion, and missionaries and conquistadors versus Native Americans. Though religion is cited as the reason for many of these wars, this is perhaps an excuse – as land, economics and politics were always in the mindsets of the instigators. 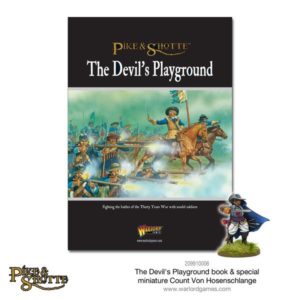 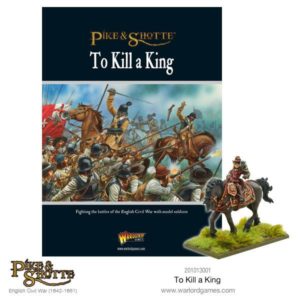 It is perhaps unfair to define this supplement as covering the English Civil War, as many as three different conflicts within this singular period lay claim to that name. More accurate may be the British Civil Wars; within the book’s pages you’ll find two Bishops’ wars; the war in Scotland; a war in Ireland; the war in England, a pro Royalist rebellion known as the Second Civil War; and another war known as Third Civil War. Military tactics evolved as infantry firepower quickly became more effective against the backdrop of religious and political upheaval that birthed modern Britain.