New: The Count Of Tilly!

Hot on the heel of our recently released Thirty years War characters, King Gustavus Adolphus and Wallenstein comes another giant of this conflict – the Count of Tilly. Get your hands on this beautfilly sculpted model here. 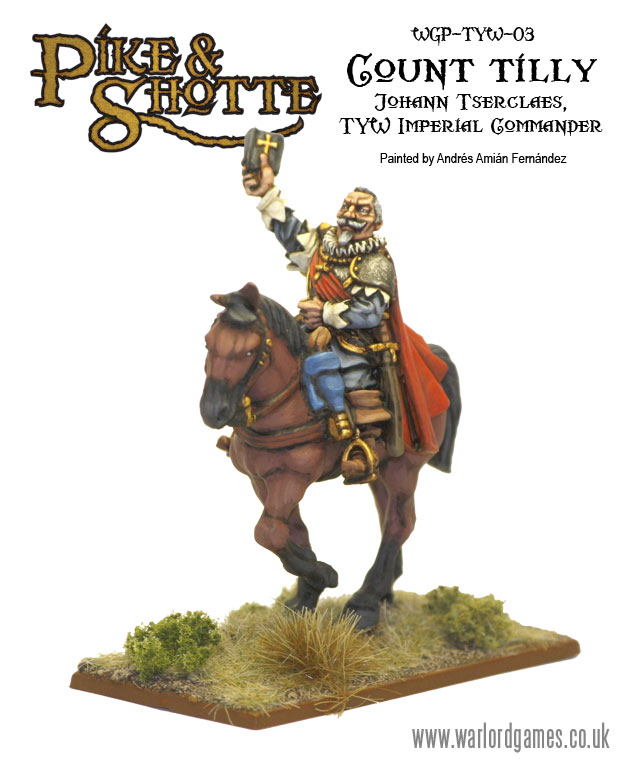 Johann Tserclaes, Count of Tilly, commanded the Imperial forces during the Thirty Years War. He had a string of important victories against the Protestants but was then defeated by forces led by the King Gustavus Adolphus of Sweden. Along with Albrecht von Wallenstein he was one of two chief commanders of the Holy Roman Empire’s forces.

A great general he met his end after being hit by a cannonball at the Battle of Rain against the Swedish forces. Gustavus sent his own personal physician to tend to his wounds leading Tilly to tell him “Your king is truly a noble knight”. Sadly Tilly was to die of tetanus from his wound fifteen days later.

And let’s not forget this pair of new miniatures depicting two of the famous commanders from the war – King of Sweden Gustavus Adolphus and his counterpart in the Imperial army, Wallenstein. 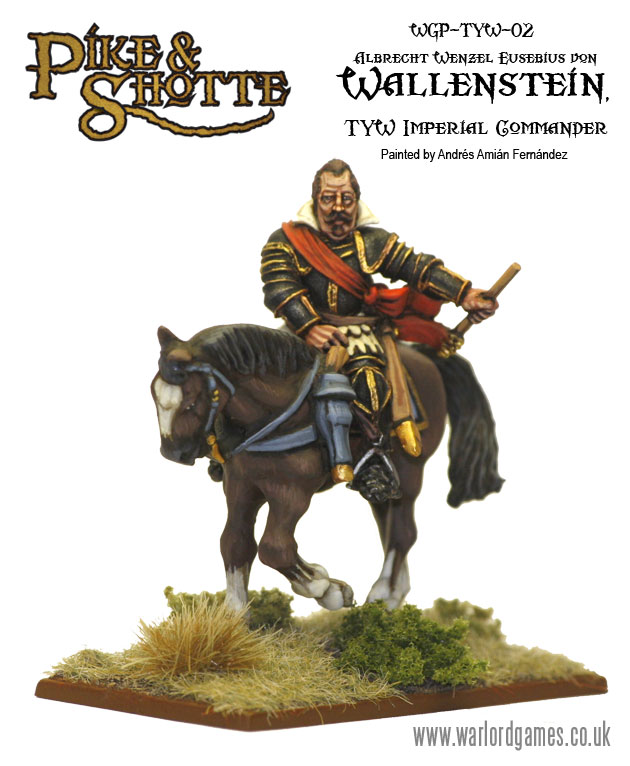 A gifted politician and soldier from Bohemia, Wallenstein grew in stature to command armies for the Imperialist, or Habsburg cause, fielding vast forces in many battles in The Thirty Years War. Despite his many successes he fell out of Imperial favour and was accused of treachery and sadly brutally murdered in his bed by an Englishman, Walter Devreaux; a poor end to an interesting life.

We have him astride his horse in full cuirassier armour, the classic dress of a general of the period. He could equally be used as an unnamed commander in either the Thirty Years War or, equally, in the English Civil Wars. 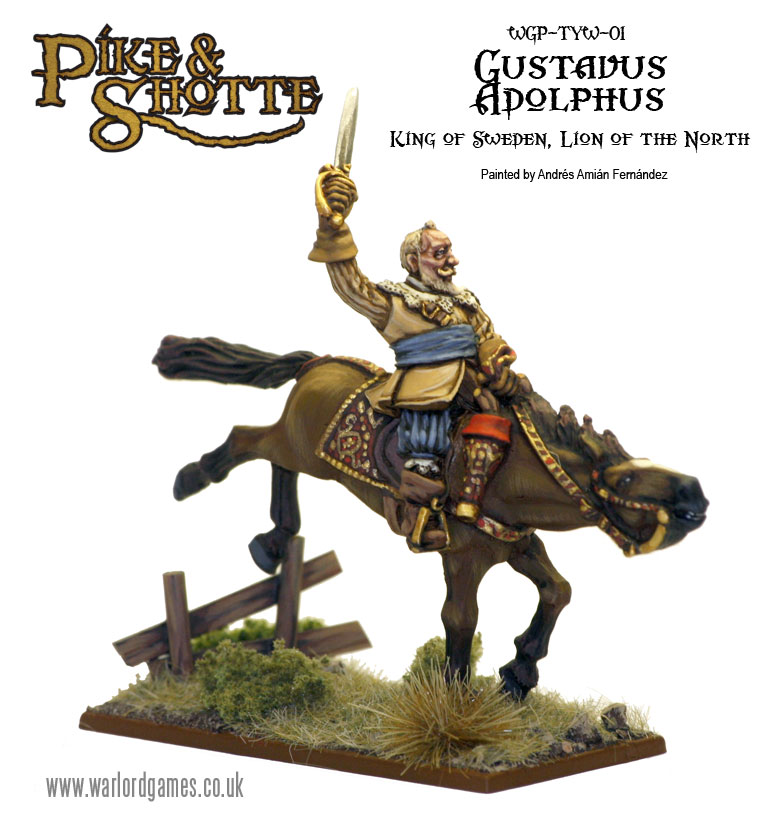 The charismatic King of Sweden who changed seventeenth century warfare forever with his reforms. We depict him here in buffcoat and with drawn sword leaping his horse over an obstacle, once again leading from the front like all proper politicians should do!

Once you select a general, you’ll need some men to lead! Choose from our Imperialist Regiment, Swedish Regiment, or Cuirassiers. You simply can’t go wrong with these boxes!